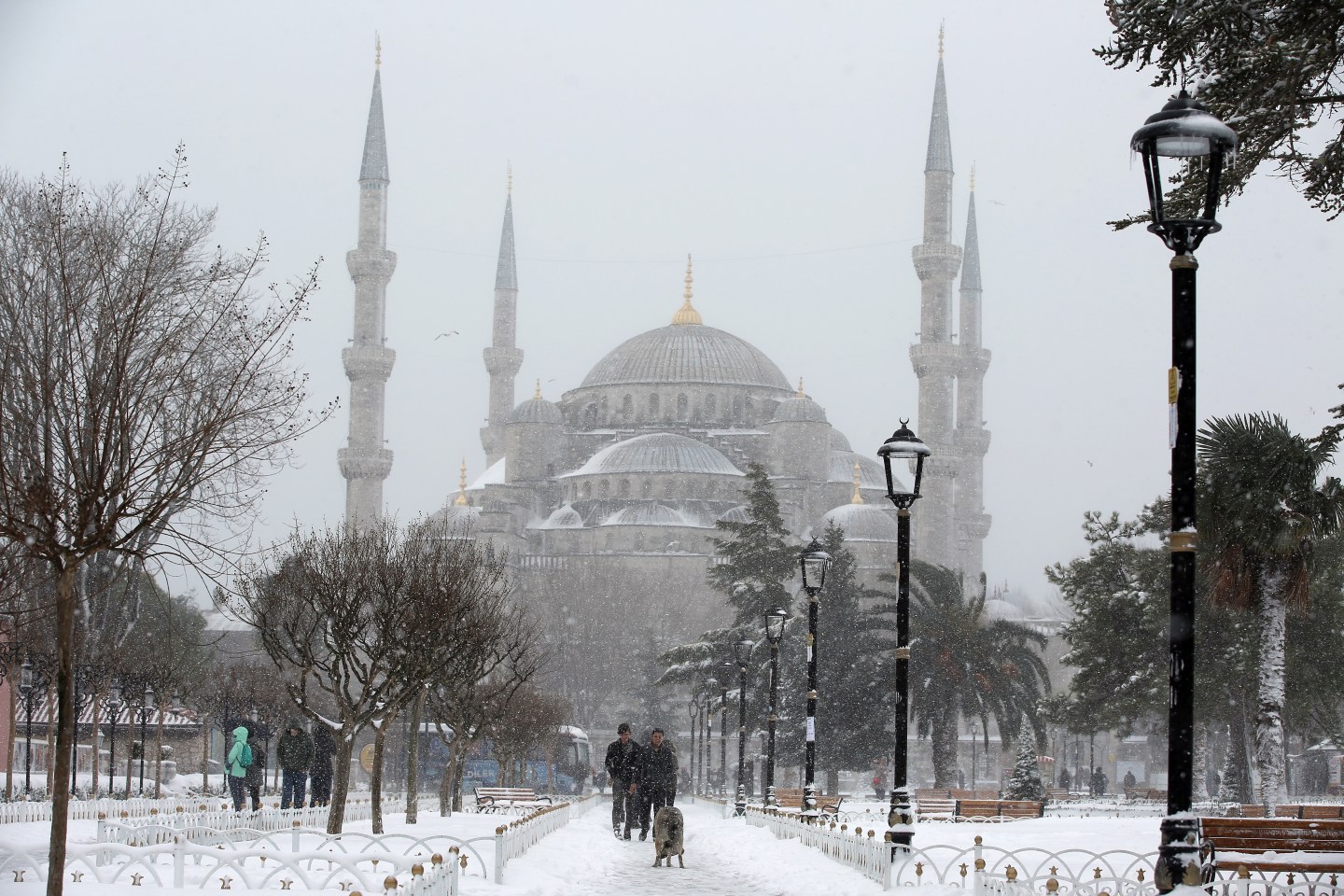 A snowstorm forced the closure of Turkey’s key shipping straits and sweeping flight cancellations on Saturday, while hazardous roads left many drivers stranded overnight in Istanbul, a city of 15 million people.

Turkish Airlines canceled hundreds of flights in and out of the city’s main Ataturk airport and state-run Anadolu news agency said dozens of planes were diverted to other airports because of the heavy snowfall, which began on Friday evening.

About 6,000 of its passengers were transferred to hotels on Friday evening due to the cancellations and 20,000 meals were distributed to those stranded at the airport, Anadolu said.

Pegasus Airlines canceled some 200 flights in and out of Sabiha Gokcen airport, on the Asian side of the city.

The Bosphorus strait, which runs through Istanbul, and the Dardanelles strait further south were closed to transit shipping due to poor visibility on Saturday morning, Turkey’s coastguard authority said.

The straits are one of the world’s most important choke points for the maritime transit of oil, carrying over 3% of global supply, mainly from Russia and the Caspian Sea.

The waterways, connecting the Black Sea to the Mediterranean, also carry large amounts of grains from Russia and Kazakhstan to world markets.

The snow reached a depth of as much as 40 cm (16 inches) in some outlying areas of Istanbul and thousands of council personnel worked through the night to keep roads in the city open, the municipality said.

Many drivers abandoned their vehicles and set off on foot, while some stayed in their vehicles for more than 10 hours overnight as they waited for road conditions to improve, the Dogan news agency said.

Istanbul’s underground train system operated through the night for passengers unable to get home on the city’s roads, which were disrupted by dozens of accidents by vehicles sliding on the icy surfaces, the municipality said in a statement.