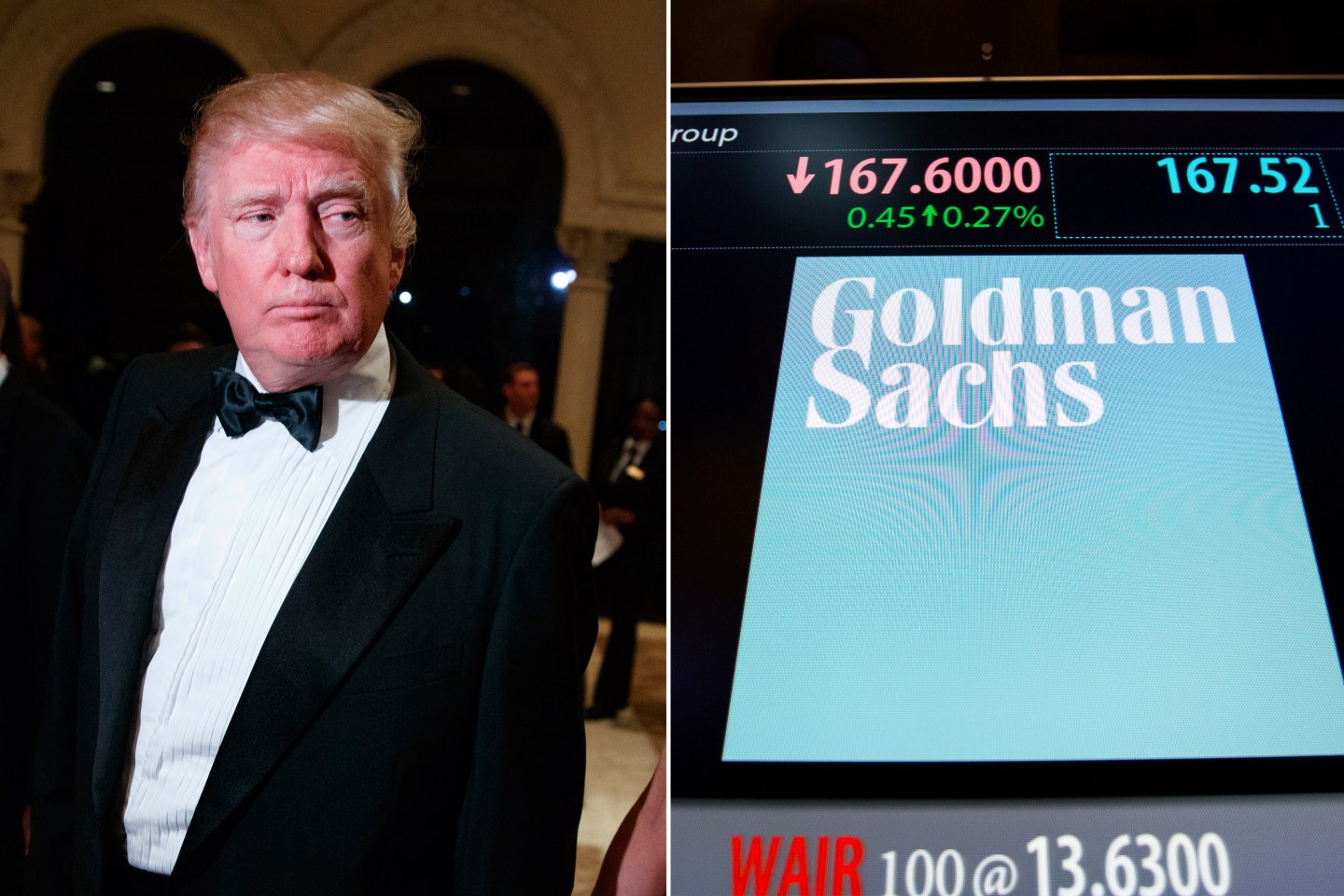 Although his resume says Sullivan and Cromwell, President-elect Donald Trump’s pick to chair the Securities and Exchange Commission has worked closely with Goldman Sachs throughout his career, teaming up with the investment bank on a huge array of deals over the past 15 years.

Walter “Jay” Clayton, who Trump tapped late Wednesday to be the next SEC chair, is a partner at Wall Street law firm Sullivan and Cromwell, where he has specialized in providing legal counsel on initial public offerings as well as private- and public-company mergers and acquisitions.

Like many of Trump’s other nominees and advisor picks, Clayton has a history with Goldman Sachs. He has advised the bank on how to deal with government and regulation since at least 2002. (He is also married to Gretchen Butler Clayton,a Goldman wealth manager of 10 years, as Bloomberg reports.)

Most notably, Clayton advised Goldman Sachs on two separate incidents related to the 2007-09 financial crisis. Clayton acted as a legal advisor when Warren Buffett agreed to invest $5 billion in cash-strapped Goldman in September 2008. In April 2009, Goldman Sachs sought to raise $5 billion by selling stock in a bid to pay back part of the $10 billion loan it had received from the Treasury under the Troubled Asset Relief Program. Clayton’s name was also attached to that offering as an advisor.

Here are a handful of the other cases and projects where Clayton has worked alongside Goldman Sachs:

* Clayton represented Goldman Sachs and other underwriters on the $25 billion 2014 IPO of Alibaba (BABA). Clayton counseled the underwriters on federal and New York state securities laws.

* Goldman Sachs also served as a lead underwriter for Ally Financial‘s 2014 IPO, alongside Citigroup, Morgan Stanley, and Barclays. Sullivan and Cromwell, represented by Clayton and another partner, acted as a legal advisor to Ally (ALLY) in the deal, and advised the underwriters. That public offering raised $2.4 billion.

* Clayton served as legal counsel to the underwriters of the $190 million 2014 IPO of the investment bank Moelis & Co. That syndicate of underwriters was made up of Goldman Sachs, Morgan Stanley, and Moelis (MC).

* Hedge fund firm Och-Ziff Capital Management (OZM) was founded by a former Goldman Sachs trader. When the financial company decided to go public in 2007, it choose Goldman Sachs and Lehman Brothers to coordinate its global offering, with Clayton representing the two.

Those deals are likely just a handful of examples in which Clayton worked with Goldman. His biography on Sullivan and Cromwell’s website notes that he has worked with Goldman Sachs “in connection with various acquisitions and investments in companies involved in financial services, banking, telecom and other industries.”

Despite Trump’s criticism of Goldman Sachs on the campaign trail, the president-elect has picked many Goldman Sachs alumni for seats in his administration, most notably Treasury nominee Steven Mnuchin. The others’ policy perspectives have generally tilted in favor of deregulation—and Clayton is expected fit the mold.

“We need to undo many regulations which have stifled investment in American businesses, and restore oversight of the financial industry in a way that does not harm American workers,” Trump said in a written statement nominating Clayton on Wednesday.