Dan Rather Is Right, the Media Should Call Trump’s Lies What They Are 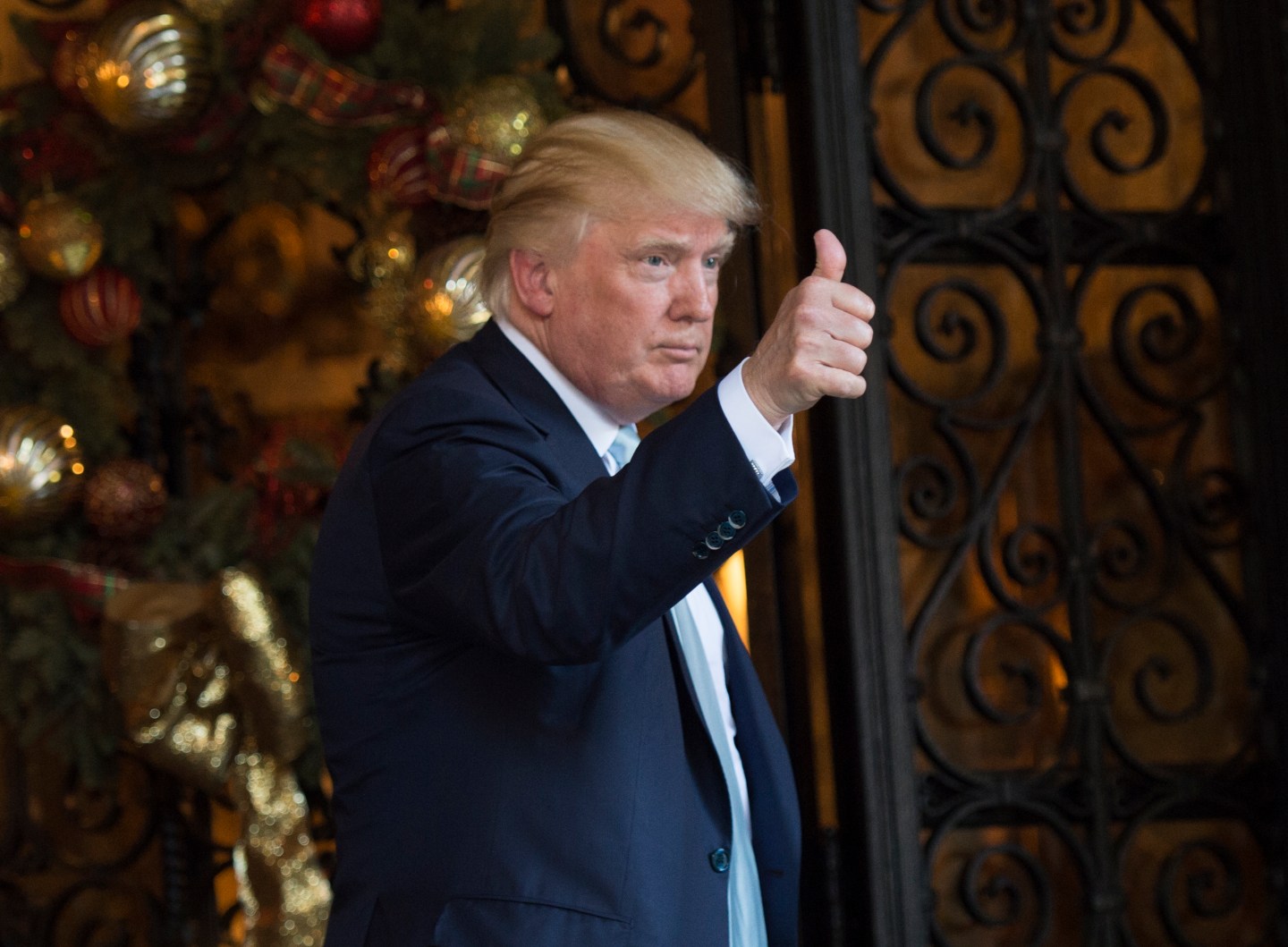 What should the media do when the U.S. president says something that is clearly and unequivocally not true? This might have seemed like an academic ethical question in the past, but with business mogul Donald Trump set to move into the Oval Office soon, it has become much more pressing, and more than a little contentious.

During a weekend interview on Meet the Press that included both New York Times executive editor Dean Baquet and Wall Street Journal editor Gerard Baker, the latter was asked whether he thought inaccurate statements by Trump should be specifically called out as lies.

Baker said that he didn’t think so, because the word “lie” implies that the person told an untruth on purpose. Instead, the Journal editor argued that media outlets should simply present the facts and leave it up to readers to determine the truth.

The word lie “implies much more than just saying something that’s false. It implies a deliberate intent to mislead,” Baker said. “I think it’s up to the reader to make up their own mind… If you start ascribing a moral intent, as it were, to someone by saying that they’ve lied, I think you run the risk that you look like you’re not being objective.”

Legendary news anchor Dan Rather, however, took issue with this approach in a post on his Facebook page that was widely shared among journalists.

Rather called Baker’s argument “deeply disturbing.” It is not the proper role of journalists, the former anchor said, “to meet lies — especially from someone of Mr. Trump’s stature and power — by hiding behind semantics and euphemisms. Our role is to call it as we see it, based on solid reporting. When something is, in fact, a demonstrable lie, it is our responsibility to say so.”

In his NBC interview, Baker referred to Trump’s repeated statements that Muslims were seen cheering in New Jersey when the World Trade Center towers fell. The Journal reported that there was no evidence this had actually occurred, Baker said, and then left it to the reader to decide.

But even if the standard principle is that something can only be called a lie if we know the intent of the speaker—as the Journal editor argues it should be—can we not assume that Trump was making those statements with a deliberate intent to mislead voters about Muslim behavior? After all, he said it multiple times, even after it had been proven false.

The same thing goes for many other Trump statements on a wide range of issues. He has repeatedly said that millions of people voted illegally, which isn’t true, and that ending the “stop and frisk” campaign in New York increased crime, which it didn’t. There are literally hundreds of such examples. At what point does repeating them stop being a falsehood and become an outright lie?

In addition to winning the Electoral College in a landslide, I won the popular vote if you deduct the millions of people who voted illegally

Baker’s argument is very similar to the one made by moderators like Fox News host Chris Wallace and MSNBC host Chris Matthews during the presidential debates. Wallace said he didn’t think it was a moderator’s job to be a “truth squad,” while Matthews said calling out lies would be equivalent to expressing an opinion, which journalists shouldn’t do.

Those comments came up in large part because Matt Lauer of NBC was widely criticized for failing to challenge Trump during an interview when the candidate claimed that he never supported the war in Iraq, despite abundant evidence to the contrary.

In a Twitter debate on Monday with a number of journalists, including Fusion writer Felix Salmon and former New York Observer editor Elizabeth Spiers, Time Inc.’s chief content officer Alan Murray (who is also editor of this magazine) defended Baker’s approach, saying journalists should be careful about using the word “lie” without proof that the speaker deliberately intended to mislead.

Words matter. "False" and "lie" are not the same thing. https://t.co/ACM5exCej2

Spiers and others, however, said journalists make intelligent inferences about a politician’s motives all the time, and catching one in a lie is no different. Former Fortune writer Dan Primack, who is now with the media startup Axios, said: “I agree about being careful. But if you can prove the shoe fits, then put it on.” Washington Post writer Greg Sargent argued that “Donald Trump lies. A lot. And news organizations should say so.”

Inaccurate statements aren’t always lies. As Murray pointed out, Ronald Reagan said a lot of things that turned out not to be true, but not all of them were lies. But he didn’t repeatedly tell the same untruths over and over in the face of all the available evidence, the way Trump has done throughout his campaign, behavior he will presumably continue once he is in office. How can a self-respecting journalistic organization not call those lies?

In the kind of broken media landscape we currently have, something Trump took advantage of better than anyone else during the campaign, not calling out obvious lies risks providing him with the headlines he wants—apparently reinforcing his questionable claims—with the evidence against his statements buried in the lower parts of a story that no one will read.