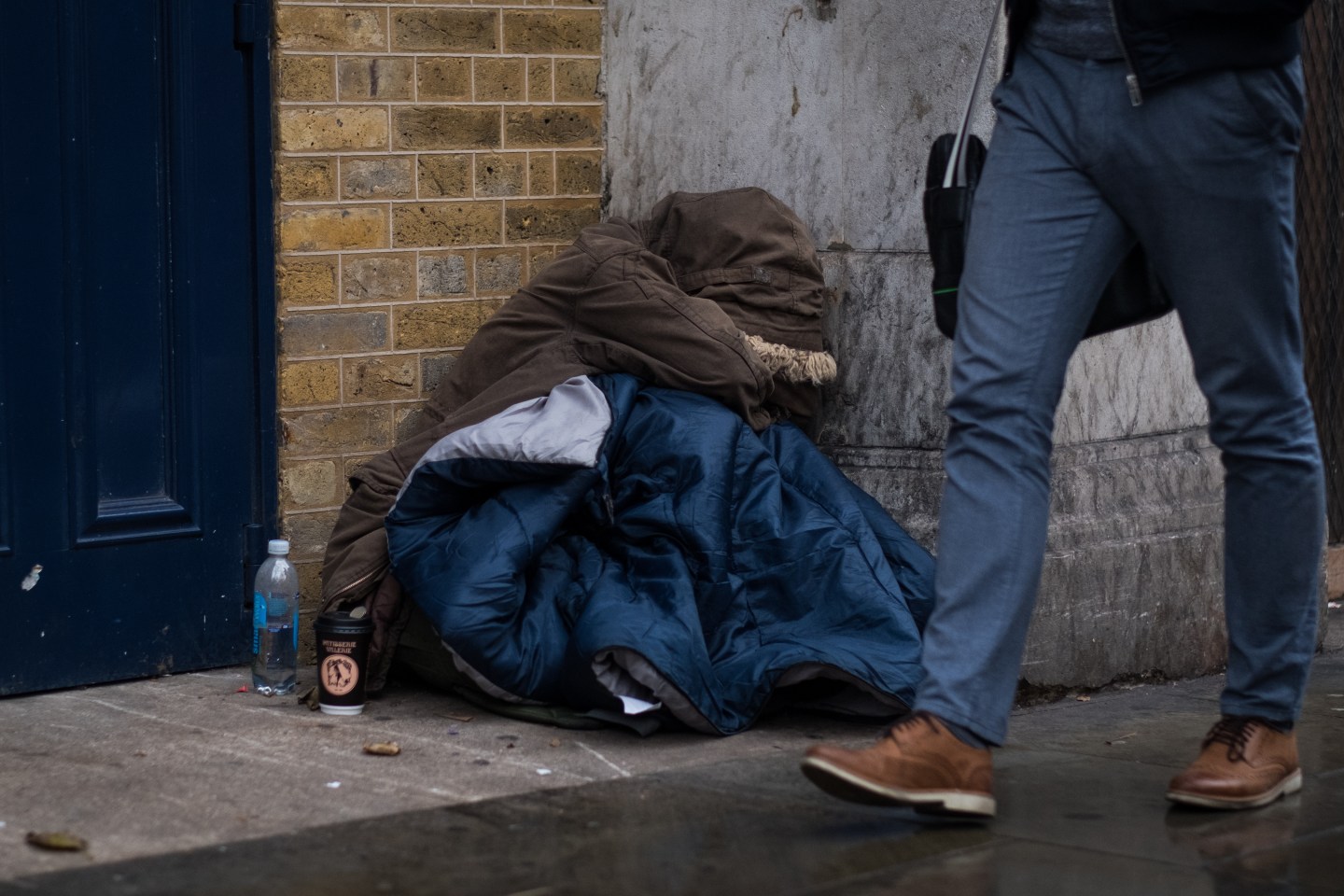 LONDON, ENGLAND - DECEMBER 08: A homeless person sleeps in a doorway in the West End on December 8, 2016 in London, England. Homelessness charity Shelter estimates that more than a quarter of a million people have no permanent home. Westminster in London is one of the worst hotspots for homelessness in England with one in 25 without a home according to Shelter figures. (Photo by Jack Taylor/Getty Images)
Jack Taylor—Getty Images

Analysis conducted by a leading British think tank has projected a decade of the country being blighted by low growth, with brittle public finances and floundering incomes for the poor in the wake of Brexit.

The Institute of Public Policy Research (IPPR), which authored the report — Future Proof: Britain in the 2020s — described Brexit as “the firing gun on a decade of disruption” that would “profoundly reshape” the country.

“The economic implications of Brexit are likely to put the country on a lower growth, lower investment trajectory, worsening the public finances, with important consequences for the UK’s economy and living standards,” it said.

“Painful trade-offs are almost certain. Growth is expected to be lower, investment rates worse, and the public finances weaker as a result of Brexit.”

Among other findings, the IPPR predicted a changing demographic for the U.K., with the population aging sharply. On the basis of OEDC and Office of National Statistics (ONS) data — and the findings of numerous other researchers — the report forecast that by 2030 the U.K. population would be comprised of 30% more over-65s and around double the amount of over-85s, compared with 2015 figures.

While the aging population is expected to heap pressure onto public institutions such as the National Health Service, the working age population will remain relatively constant, rising by less than 5%.

The nature of work, too, is expected to change. Increased automation and the digital economy will nix millions of retail and manufacturing jobs and income inequalities will become more pronounced.

For more on the projected impact of Brexit, watch Fortune’s video:

While the demographic and economic challenges faced by Britain are not unique, leaving the E.U. is likely to entail new trade barriers, which are expected to drive down the value of the currency and increase costs. By 2030, the average British household will have £1,700 per year less than they would have if the country had retained membership of the E.U., the report found. Low-income households, it said, would be hit the hardest.