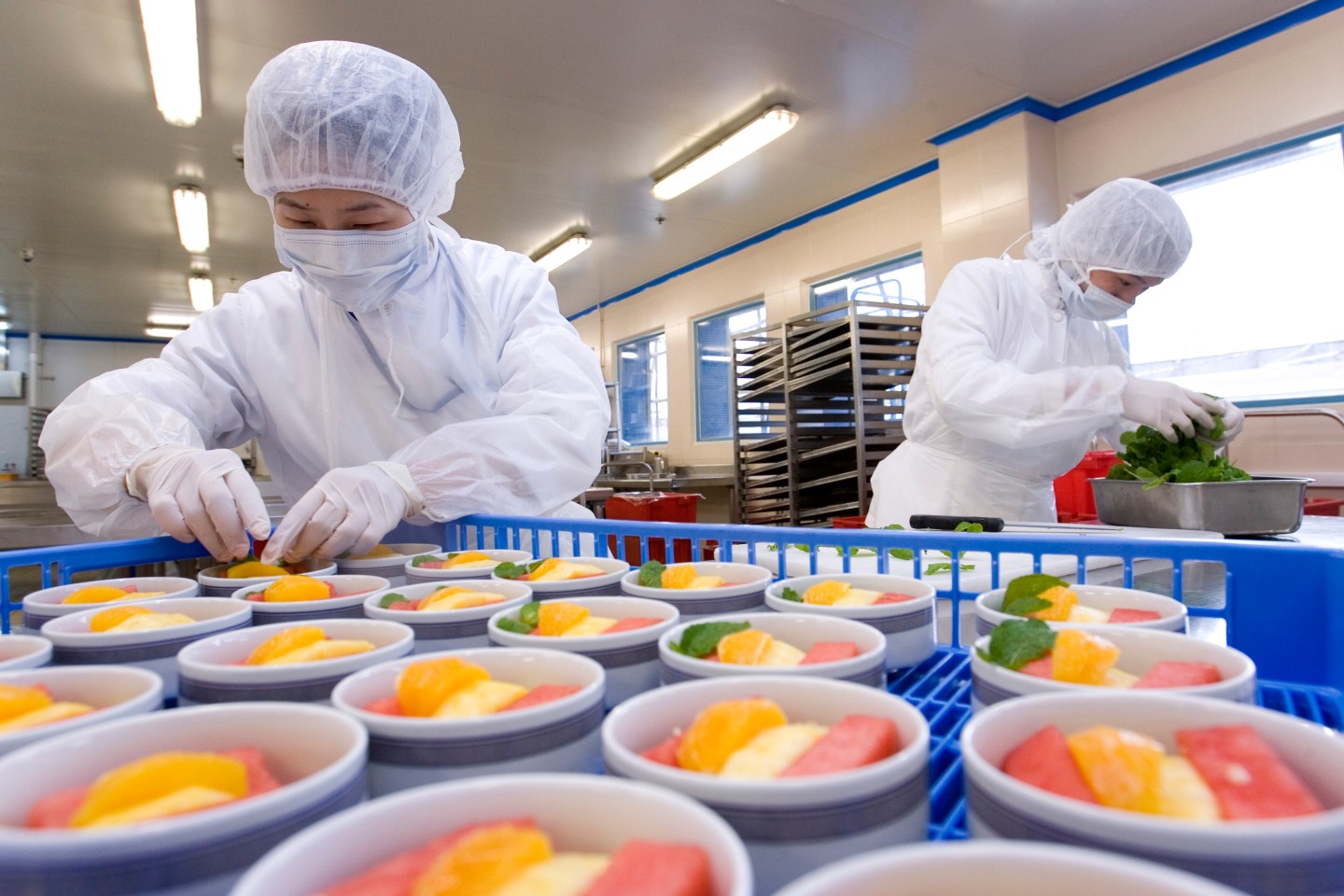 After the deal, Gategroup will be serving more than 300 airline customers and expects annual revenue to exceed 4.4 billion Swiss francs ($4.29 billion), the group said in a statement.

The enterprise value of 237.5 million euros is based on a 50% stake in Servair, Gategroup said.

Air France-KLM said in May it was entering exclusive negotiations with Gategroup’s parent Chinese aviation and shipping conglomerate HNA Group to sell a stake in Servair and transfer operational control to HNA.

Gategroup said it would finance the acquisition initially through a bridge facility which would be replaced by a capital market transaction likely to be in the first half of 2017.

Gategroup said Lazard was acting as its financial adviser on the deal.