3 Reasons 2017 Will Be a Pivotal Year for the Euro 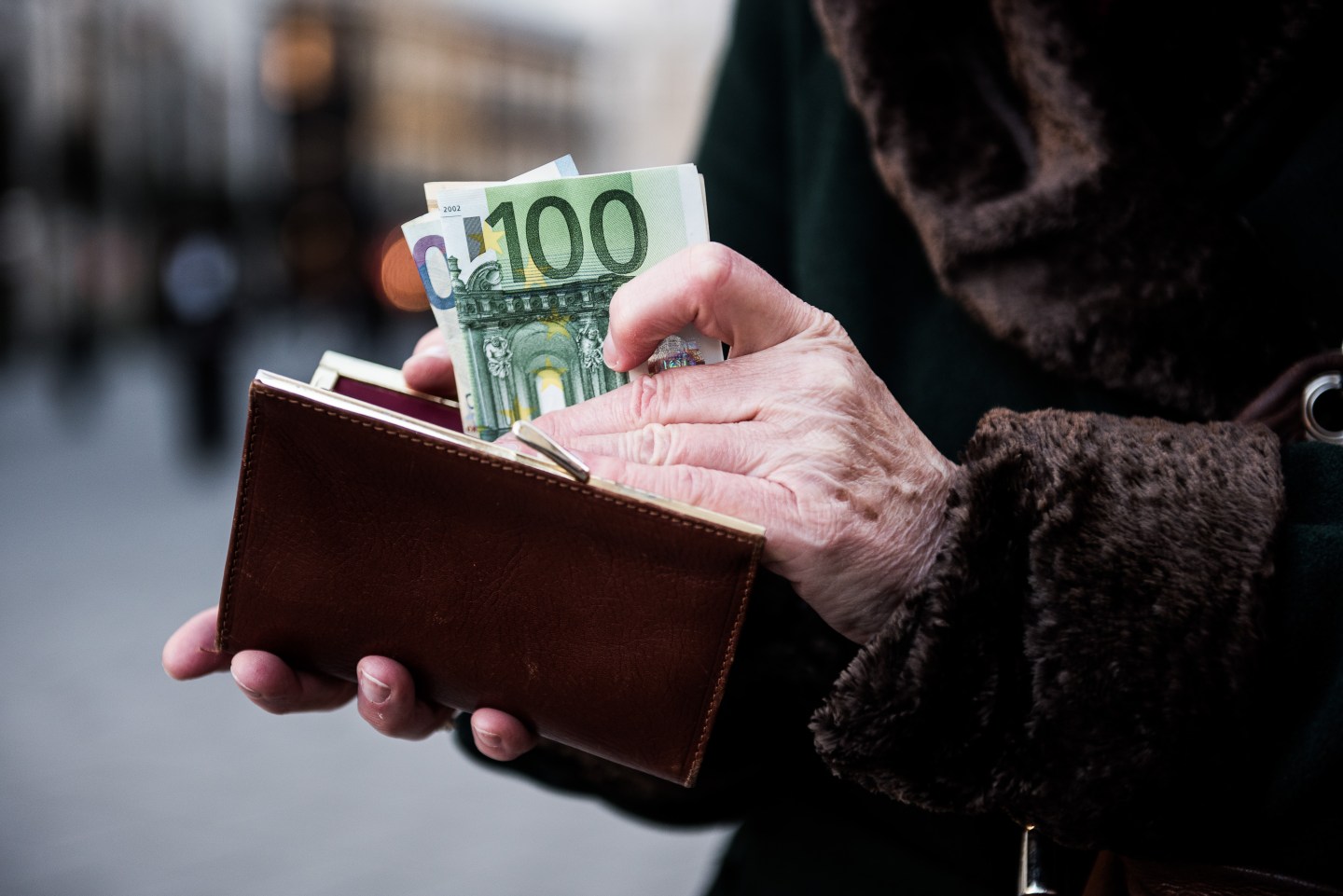 A customer places euro banknotes into a purse ahead of the 171st Organization of Petroleum Exporting Countries (OPEC) meeting in Vienna, Austria, on Tuesday, Nov. 29, 2016. An OPEC deal to curtail oil production appeared in jeopardy as Iran said it wont make cuts while Saudi Arabia insisted Tehran must be willing to play a meaningful role in any agreement. Photographer: Akos Stiller/Bloomberg via Getty Images
Akos Stiller—Bloomberg via Getty Images

The euro has come a long way since its introduction 18 years ago, and has brought a lot of benefits. This has notably led it to expand from 12 to 19 members in the last decade. Despite these achievements, though, 2017 is unlikely to see the euro celebrated across the continent.

The sovereign debt crisis in the Eurozone has shown that the euro area was able to square the circle between resilience and flexibility. On the one hand, euro area members have shown their commitment to preserving the common currency by notably engaging in substantial bailout programs for Greece, Ireland, Portugal, Spain, and Cyprus, agreeing to a partial write-off of the Greek debt, and creating two multi-billion-euro rescue mechanisms: the European Financial Stability Facility (EFSF) and the European Stability Mechanism (ESM).

On the other hand, the countries benefiting from these funds have indicated that they were ready to go through unprecedented fiscal consolidation efforts, accompanied by deep and painful structural reforms, in order to maintain their membership in the common currency. As a result, some substantial progress has been accomplished, including new instruments of governance, economic and fiscal consolidation, as well as increased surveillance by certain macroeconomic indicators, such as the current account balance, real exchange rate, and housing prices. Furthermore, important steps have been achieved in increasing the resilience of the Eurozone by strengthening the supervisory role of the European Central Bank’s (ECB) in the newly created banking union.

Despite the progress made during the crisis, though, the Economic and Monetary Union (EMU) is still fragile, as some of its underlying challenges remain unresolved. In this context, economic and political developments in 2017 could well determine the future of the euro. Here are three reasons why:

Banks’ troubles could destabilize the Eurozone
In the banking sector, non-performing loans are reaching worrying levels in some member states, especially in Cyprus, Greece, and Italy, casting doubts over the resilience of Europe’s banking sector. Speculations about the possible failings of European banks (such as Deutsche Bank or Monte Dei Paschi di Siena) and the political turmoil in individual member states, like Italy, the Netherlands, and possibly France, combined with the looming prospect of Brexit, indicate that the crisis could re-escalate.

On the fiscal side, the severe debt overhang—both in the public and the private sector—and the increasing share of countries with excessive macroeconomic imbalances—Bulgaria, Croatia, Cyprus, France, Italy, and Portugal—are also a possible cause of concern, as they could have detrimental effects on other member states. Finally, sovereign debtors and their national banking systems remain closely linked so that the destabilization of either one could still increase the vulnerability of the other. As long as this vicious circle remains, the euro will remain exposed to financial speculation on the ability of its member states to preserve the integrity of the euro area.

Uneven growth persists
While the financial and banking crisis pushed the EU and its members to address some of the shortcomings of the EMU, its lasting impact on low levels of growth and investment and high levels of unemployment indeed lead to increasing disparities across the continent. Today, the EMU is divided geographically—between North-South and East-West asymmetries—and socially—with an increasing discrepancy in development and inequality levels within and between countries.

At the same time, while most of the decisions taken during the crisis have had direct impact on the everyday realities of numerous Europeans, these decisions have failed to be matched with higher involvement of citizens in the decision-making process (by increasing the accountability of institutions such as the ECB, the ESM, or the European Investment Bank, for example). These social and political anxieties have fueled Eurosceptic tendencies across Europe, which could, in turn, threaten the political acceptability of the euro project. In this context, the greatest challenge facing the euro today lies in its member states’ ability to agree on a collective response to the sense of social and political urgency in some member states.

It’s a big election year for Europe
Next year will be marked by elections in the Netherlands, France, Germany, and most likely, Italy. Will this provide a more or less favorable environment for the euro governance to address these political and social challenges?

The populations’ growing concerns about migration and security issues have pushed economic and fiscal reforms further down the political agenda. Furthermore, as the more favorable conjuncture (low interest rates, favorable exchange rate vis-à-vis the U.S., falling oil prices, etc.) has considerably reduced the sense of emergency created by the financial and economic crisis, it seems highly unlikely that policymakers will introduce long-term reforms with high, short-term political costs before the elections.

In the current political context, ‘populist’ parties, which have identified the euro as one of their main targets, are expected to see their influence and representation increase in these four member states. Assuming that none of these parties manages to ensure enough seats to form a government on its own, the future of the euro’s faith could lie in the way in which mainstream parties will decide to respond to this trend after the election.

On the one hand, the rise of populist forces could push newly elected governments to follow trends toward national retrenchment. On the other hand, progressive leaders may consider that they can no longer afford to wait before engaging the necessary reforms, precisely because they see the danger of rising nationalism becoming more real.

In the first scenario, the temptation to bend to pressures in favor of increased protectionism would not only affect the EU’s ability to achieve a consensus on how to reform the euro, but could also potentially undermine the achievements of the 25-year euro construction project. In the second scenario, though, the post-elections period in four of the six EU founding members could help build a momentum for EMU reform.

The history of the euro has shown that reforms of the common currency first required consensus between France and Germany on which way to go forward. All eyes should now be turned on their (newly elected) leaders’ ability to reconcile the euro with its political maturity.