How India Broke Its Economy (on Purpose) 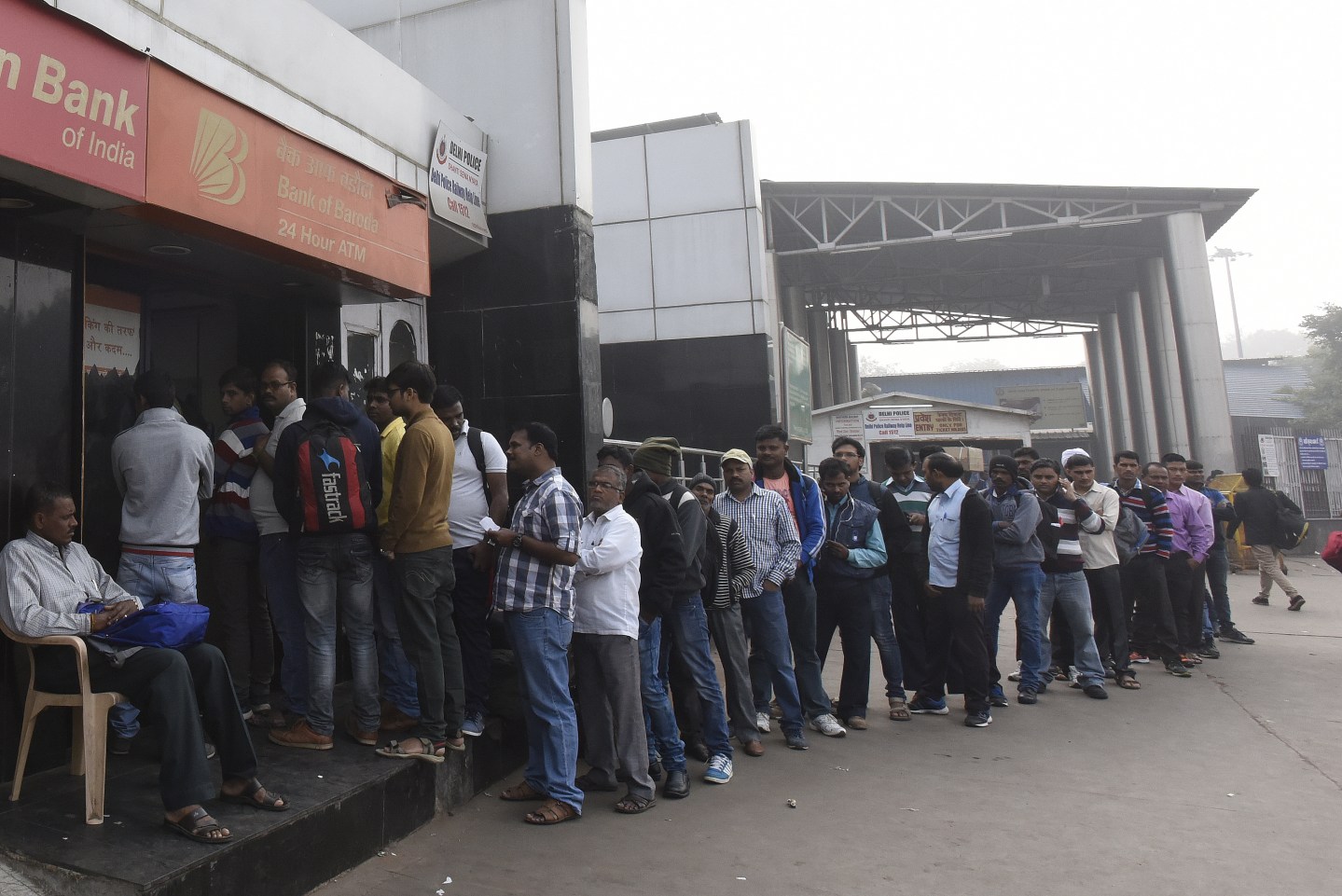 NEW DELHI, INDIA - DECEMBER 1: People Line Up heavy rush at Bank ATM for the cash new currency, at New Delhi Railway station Sector-10 on December 1, 2016 in New Delhi, India. Queues returned to banks and ATMs on Wednesday as people rushed to withdraw cash after monthly salaries got credited in their bank accounts the first time since the high value currency was scrapped signalling more pain as the crowd is likely to get bigger.( Photo by Sonu Mehta/Hindustan Times via Getty Images)
Photograph by Sonu Mehta—Hindustan Times/Getty Images)

The same night that Donald Trump stunned pundits and became America’s President-elect, Indian Prime Minister Narendra Modi dropped a bomb of his own: At midnight, his country’s 500- and 1,000-rupee notes would become “worthless little slips of paper.” He was taking those notes (worth about $7.37 and $14.74, respectively), amounting to 86% of India’s currency, out of circulation. Indians were given until Dec. 30 to swap their old bills for new ones.

Modi warned that the surprise demonetization might involve short-term pain, and it has: The new bills weren’t ready, nor were the nation’s few ATMs, which had to be reconfigured to distribute them. The economy all but ground to a halt as millions spent their days waiting in bank lines (dozens, according to reports, died doing so). The cash crunch has led others to resort to bartering, and Goldman Sachs has shaved 1.5% from its 2017 GDP forecast for India.

Many are skeptical the scheme will achieve its original aim—eradicating the untaxed “black money” that fuels corruption. But there’s another likely benefit: 90% of transactions in India involve cash, and the lack of it has boosted alternatives. Bitcoin and digital payment use have surged (fewer than 2% of Indians have credit cards). India may be on the way to a more efficient, cashless economy—it’s just going to be a bumpy ride.