Kwanzaa Was Started 50 Years Ago. Here’s Why. 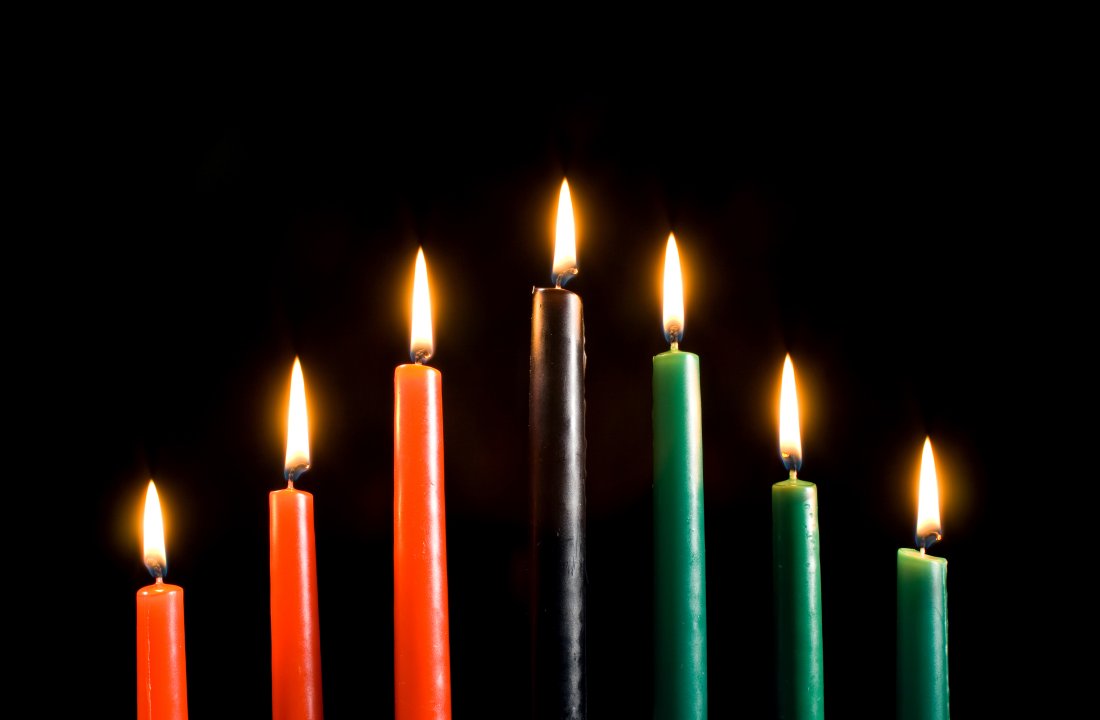 When Kwanzaa begins on Monday, the seven-day holiday—which incorporates traditions from Continental African and African-American cultures—will have more to celebrate than usual: this Kwanzaa marks 50 years since the festival was first celebrated.

The fact that Kwanzaa was conceived in 1966 is no coincidence. The festival of lights, which is rich with symbolism, was conceived during one of darkest periods in Los Angeles’ history, during a key moment in the civil rights movement.

A key event that sparked the idea began in August of 1965, after the Watts riots, a series of clashes between police and African-Americans in the L.A. neighborhood, which left 34 dead, 1,000 injured, and $40 million worth of property damaged. The rebellion came within a week after Los Angeles police officer Lee Minikus arrested Marquette Frye on Aug. 11, 1965, on suspicion of driving drunk.

The event was a breaking point in the community’s resentment of L.A. police chief William Parker “and what they considered his double standard toward [African Americans] and whites,” according to LIFE magazine’s editorial prefacing its Aug. 27, 1965, cover story on the riots. (Parker compared Watts rioters to “monkeys in a zoo.”) High levels of unemployment and segregation, cuts to federal anti-poverty programs, and a lack of affordable housing meant that racial tensions were already high when the riots broke out.

Milwaukee Violence: Why Is It So Hard to Talk About Race in America?

“Watts is the kind of community that cries out for urban renewal, poverty programs, job training. Almost anything would help,” TIME explained in an Aug. 20, 1965, cover story about the riots.

One potential source of help, once the chaos subsided, came from a community organization called “US” (meaning “as opposed to them”), which was formed by members of a discussion group called the “Circle of Seven,” led by Malcolm X’s cousin Hakim Jamal and one of Malcolm X’s disciples, a UCLA Africana Studies doctoral student who was born Ron Everett but changed his name to Maulana Karenga.

As the group’s influence increased, Karenga came up with Kwanzaa. He spread the word about the concept through Black Power conferences that he helped organized. (His organization US went on hiatus when Karenga was arrested in 1971, and a jury found him guilty in a trial in which it was testified that two women were tortured by Karenga and his followers. He was released on parole in 1975, but the holiday had already started to take on a life of its own, not defined by one person.)

A&E Is Ditching Plans for Documentary Series on the KKK

“[Karenga] saw that black people here had no holidays of their own, and felt that holidays give a people a sense of identity and direction.” Imamu Clyde Halisi, national chairman of US in 1972, told TIME. Muminina Jaribu, a member of the Committee for a Unified Newark, described it to the magazine as a “time of making commitments to the liberation of our people.” (And as for the timing, Halisi added that the Dec. 26 start to the holiday meant “we’ll be in a position to benefit from the after-Christmas sales.”)

By 1992, the holiday had lost much of its radical implication. It was being practiced more and more by middle-class professionals “seeking to give their children a sense of black pride,” TIME reported in a 1991 feature.

”My children grew up in a fairly white community, and that motivated me to teach them the value of the African-American heritage,” a 50-year-old El Cajon, Calif.-based lawyer who celebrates with her physician husband and their five children, told TIME.

Now, Karenga heads up the Africana Studies department at California State University-Long Beach and is the Executive Director of the African American Cultural Center in Los Angeles. “Kwanzaa is clearly a celebration of family, community and culture, but it is also a celebration of freedom,” he said in a statement on the 50th anniversary.

“It is an act of freedom in its recovery and reconstruction of African culture, our return to its best values and practices and our resistance to the imposition of Eurocentric ways of understanding and engaging the world.”