Where Is Santa? Google’s Santa Tracker Is Now Live for Christmas 2016 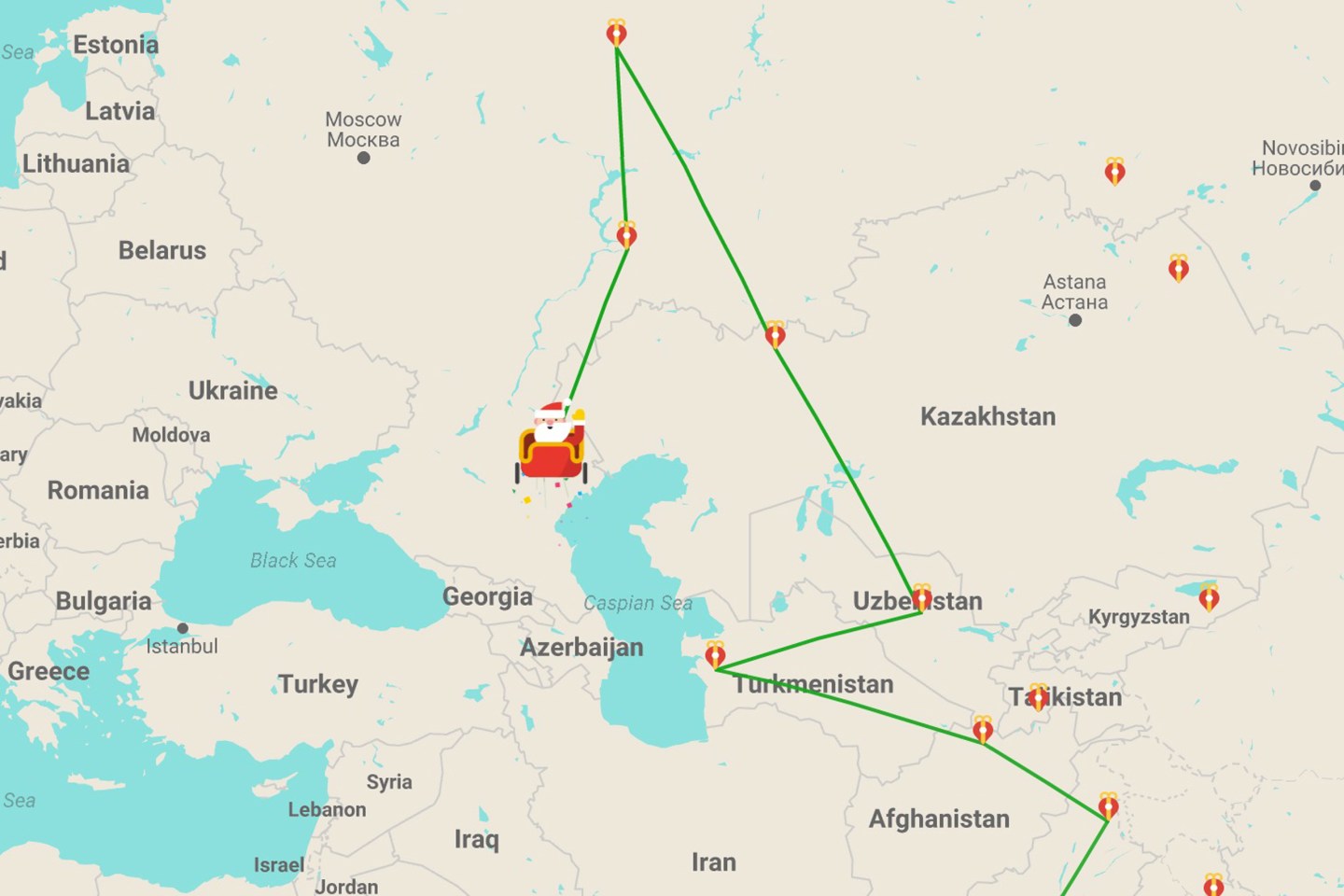 Kids who are anxious to see where Santa Claus is as the clock counts down to Christmas Day now have their answer.

Google has launched a Santa Tracker tool that imagines Santa’s real-time location as he delivers gifts to children across the globe in time for Christmas morning. A little before 1 p.m. ET, Google’s tool had Saint Nick dropping off gifts in Turkmenistan. According to the tracker, Santa will touch down along the East Coast late Saturday evening, meaning there’s plenty of time to bake (or buy) a holiday treat to leave for the man in the red suit.

What to Know About Pokémon Go’s Christmas Event

As TIME reported in 2015, there are a number of tools available for Santa-tracking kids and parents, including Cortana and NORAD‘s annual tracker.

One of the new features to Google’s Santa tracker this year is integration with Pixel and Google Home. According to the Santa Tracker press page, the answer you get when you ask your virtual assistant where Santa is “may surprise you.”