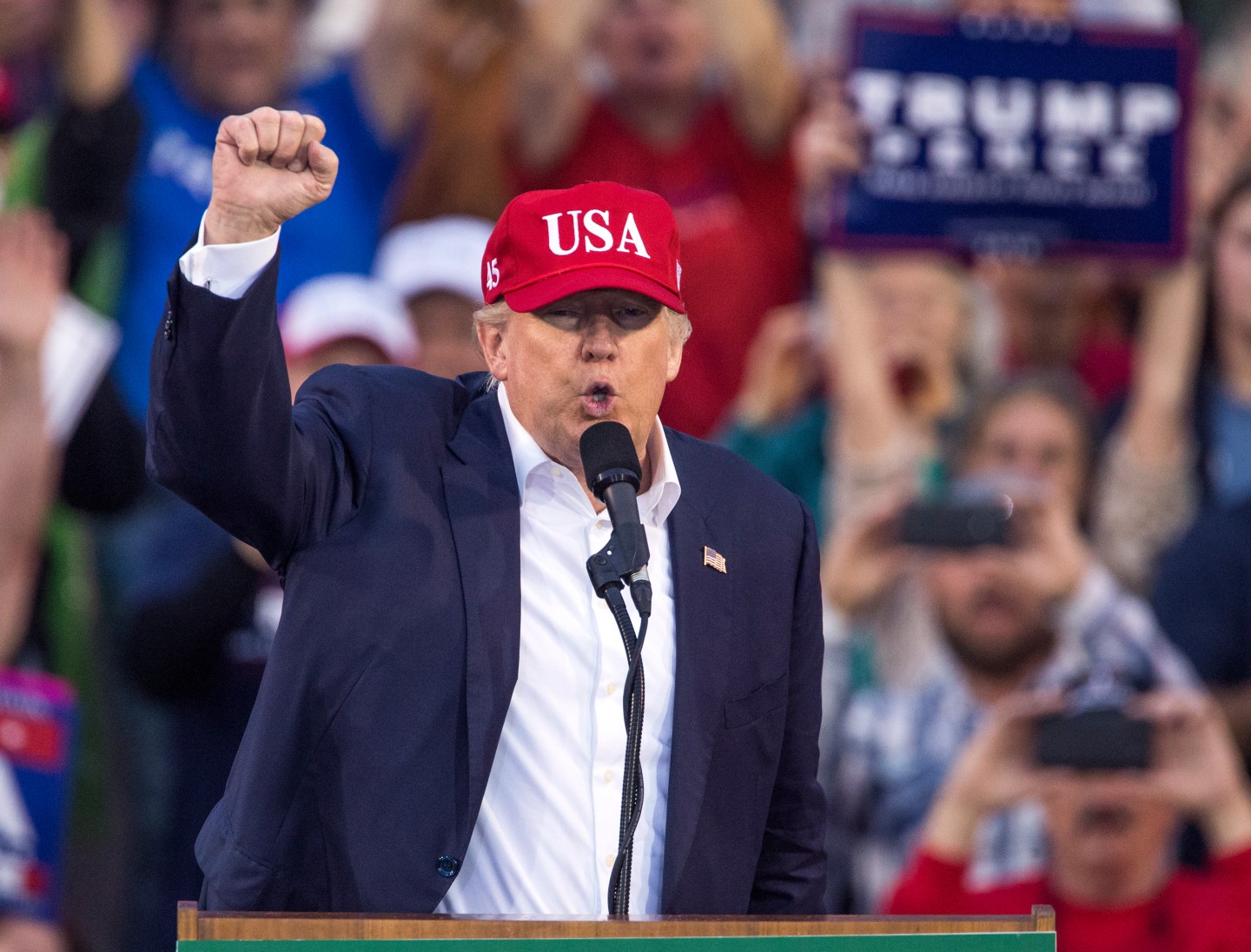 President-elect Donald Trump called for an expansion of the United States’ nuclear capabilities on Thursday, in a tweet that alarmed nonproliferation experts who said that a boost to the U.S. arsenal could fuel global tensions.

In his Twitter post, Trump said, “The United States must greatly strengthen and expand its nuclear capability until such time as the world comes to its senses regarding nukes,” but gave no further details.

It was not clear what prompted his comment. However, earlier on Thursday, Russian President Vladimir Putin said that Russia needed to “strengthen the military potential of strategic nuclear forces.”

Asked about the tweet, Trump spokesman Jason Miller later said Trump was “referring to the threat of nuclear proliferation and the critical need to prevent it—particularly to and among terrorist organizations and unstable and rogue regimes.”

Trump, who takes office on Jan. 20, also has “emphasized the need to improve and modernize our deterrent capability as a vital way to pursue peace through strength,” spokesman Jason Miller said.

Miller told Reuters that Trump was not advocating the use of nuclear weapons, and said Trump’s comments were not meant to be read as a new policy proposal.

Experts wondered whether Trump’s brief tweet meant he wanted to breach limits imposed on U.S. strategic weapons and delivery systems by the 2011 New START treaty with Russia—or planned to expand the non-deployed stockpile.

“It is completely irresponsible for the president-elect or the president to make changes to U.S. nuclear policy in 140 characters and without understanding the implications of statements like ‘expand the capacity,'” said Daryl Kimball, the executive director of the Arms Control Association, a leading proponent of arms control based in Washington.

“He must have leaders around the world trying to guess what he means,” Kimball said in an interview. “This is bush league.”

Putin, who has said that Trump has confirmed to him that he is willing to mend ties between the two countries, also spoke on Thursday of the need to enhance Russia’s nuclear arsenal.

“We need to strengthen the military potential of strategic nuclear forces, especially with missile complexes that can reliably penetrate any existing and prospective missile defense systems,” he said in a speech in Moscow.

If Trump and Putin both want to expand nuclear weapons, that would effectively end arms control efforts underway since the Nixon administration, said Joe Cirincione, president of Ploughshares Fund, a foundation that works to prevent the spread and use of nuclear weapons.

“This is how arms races begin – with a battle of words,” Cirincione said, urging Trump, a real estate mogul, to “make the biggest deal of his life” and negotiate cuts to the nuclear arsenal with Russia.

“Neither side needs to be spending hundreds of billions of dollars on nuclear weapons we don’t need,” Cirincione said.

The United States is one of five nuclear weapons states allowed to keep a nuclear arsenal under the Nuclear Non-Proliferation Treaty. The others are Russia, Britain, France and China.

The United States needs to do more to prevent nuclear weapons from falling into the wrong hands, rather than creating more materials, Pomper told Reuters.

“Expanding our nuclear arsenal will do nothing to prevent nuclear proliferation or prevent nuclear terrorism. We have more than enough nuclear weapons as it is,” Pomper said.

In Beijing, Chinese foreign ministry spokeswoman Hua Chunying said the government was paying attention to the nuclear policy of the incoming U.S. administration, adding that China upheld the abolition of nuclear weapons.

“Countries which have the largest nuclear weapons stockpiles have a special and top priority to, at the end of the day, create conditions for the complete abolition of nuclear armaments and ought to keep taking the lead in making large, substantive cuts to nuclear weapons,” Hua told a daily briefing.

Trump, who was elected on Nov. 8, campaigned on a platform of building up the U.S. military but also pledged to cut taxes and control federal spending.

Most of the U.S. arsenal was built between 25 and 62 years ago during the arms race with the former Soviet Union, and has been patched and otherwise refashioned many times to extend its lifespan.

During the next decade, U.S. ballistic missile submarines, bombers, and land-based missiles—the three legs of the nuclear triad—are expected to reach the end of their useful lives. Maintaining and modernizing the arsenal is expected to cost about $1 trillion over 30 years, according to independent estimates.

He also met the chief executives of Lockheed Martin (LMT) and Boeing (BA), the country’s two largest defense contractors, about high-profile projects he said cost too much.

Based on the tremendous cost and cost overruns of the Lockheed Martin F-35, I have asked Boeing to price-out a comparable F-18 Super Hornet!

Late on Thursday, Trump said on Twitter that he had asked Boeing to “price-out a comparable F-18 Super Hornet” because of the “tremendous cost and cost overruns of the Lockheed Martin F-35.”