Deutsche Bank Agrees to a $7.2 Billion Settlement with the U.S. 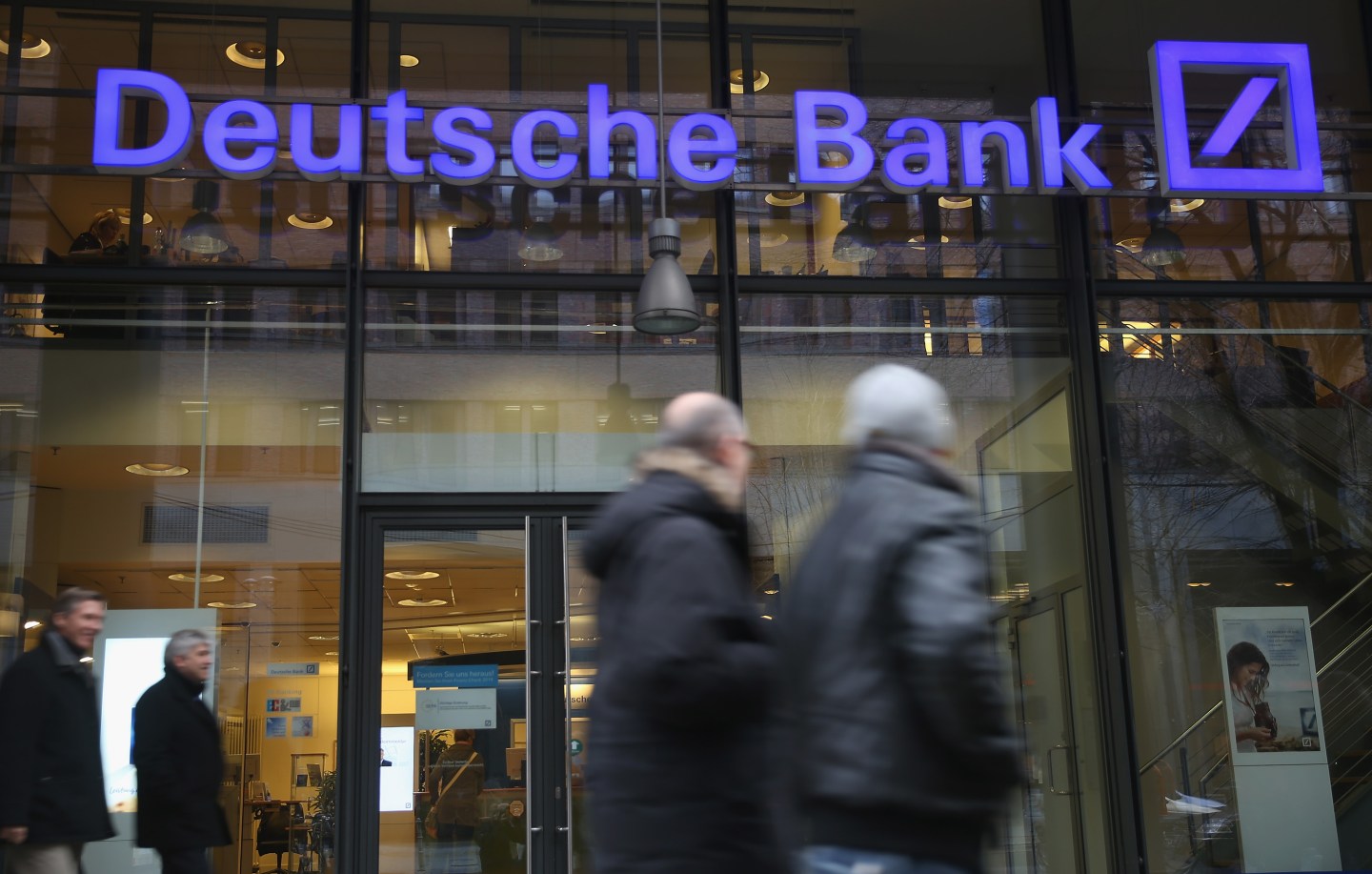 Deutsche Bank (DB) has agreed to a $7.2 billion settlement with the U.S. Department of Justice over its sale and pooling of toxic mortgage securities in the run-up to the 2008 financial crisis.

The agreement in principle, announced by Deutsche Bank’s Frankfurt headquarters early Friday morning, offers some relief to the German lender, whose stock was hit hard in September after it acknowledged the Justice Department had been seeking nearly twice as much.

The department sued Barclays (BCS) on Thursday over similar claims, after having reached $46 billion in settlements with U.S. banks over the last three years.

Deutsche Bank does not plan a capital increase to cover the settlement, a person close to the bank said. The lender expects the agreement to be finalized in early 2017, before President-elect Donald Trump takes office, said the source, who spoke on the condition of anonymity.

Deutsche does expect to record a pretax charge of about $1.17 billion in its fourth quarter because of the civil monetary penalty, according to its press release.

As part of the agreement, Deutsche Bank would pay a civil monetary penalty of $3.1 billion and provide $4.1 billion in consumer relief, such as loan forgiveness. The bank cautioned that there is “no assurance” the two sides will agree on the final documents.

A spokesman for the Justice Department declined to comment.

Deutsche faces investigations into the alleged manipulation of foreign exchange rates, suspicious equities trades in Russia, as well as alleged violations of U.S. sanctions on Iran and other countries.

Since 2012, Deutsche Bank has already paid more than 12 billion euros for litigation, including a deal with U.S. mortgage-finance giants Fannie Mae and Freddie Mac.

Deutsche Bank’s “troubling practices” were widespread, including when trader Greg Lippmann told colleagues that many home loans the bank was packaging into securities were “crap” and “pigs,” according to a 2011 U.S. Senate subcommittee report.

There has been fear among investors, companies and regulators that the penalties are too much for Deutsche Bank to withstand.

Its shares plunged to a record low of €9.90 in September, after the bank confirmed the Justice Department was demanding $14 billion. The stock has recovered substantially, but is down from the beginning of 2016.

The Justice Department is still pursuing mortgage allegations against other lenders in addition to Barclays.

Credit Suisse(CSGKF) is in late-stage negotiations and has resisted a demand by the agency that it pay between $5 billion and $7 billion over its sale of mortgage securities, sources have said.

Royal Bank of Scotland(RBSPF), Wells Fargo(WFC), UBS(UBS) and HSBC (HSBC) are also under investigation, according to company disclosures.

U.S. banks have paid tens of billions of dollars over the past three years to settle with U.S. authorities over misleading investors about the quality of mortgages underlying securities.

Deutsche is not the first bank to announce a settlement amount before both sides have agreed on the final documentation. Morgan Stanley disclosed its agreement a year before it was finalized and formally announced.