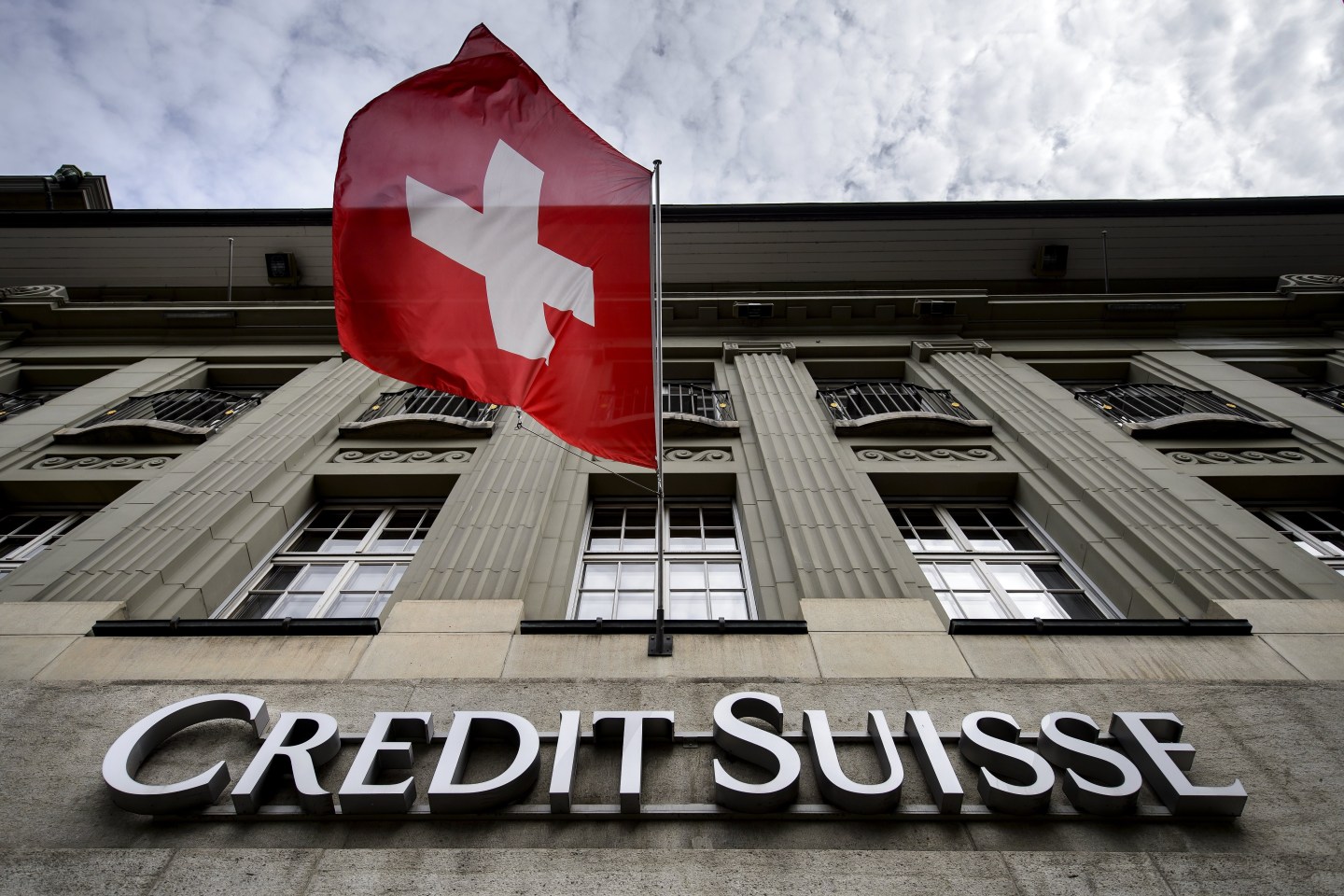 A Swiss flag flies over a sign of Swiss bank Credit Suisse on May 8, 2014 in Bern. A senior US official told AFP on May 5, 2014 that the probe of Credit Suisse's past practice of helping its wealthy US clients evade taxes by sheltering their funds abroad was almost complete and that criminal charges could be brought within "a few weeks.". AFP PHOTO / FABRICE COFFRINI
Photograph by Fabrice Coffrini — AFP/Getty Images

Credit Suisse has agreed in principle to pay U.S. authorities $2.48 billion to settle claims it misled investors in residential mortgage-backed securities it sold in the run-up to the 2008 financial crisis, the Swiss bank said on Friday.

Credit Suisse (CSGKF) will also provide $2.8 billion in consumer relief over five years from the settlement, it said in a statement, adding the deal was subject to negotiation of final documentation and approval by its board of directors.

“Credit Suisse will take a pre-tax charge of approximately $2 billion in addition to its existing reserves against these matters. This will be taken in our 4Q 2016 financial results,” it added.

The final deal is in line with the $5 billion-$7 billion the U.S. Department of Justice (DOJ) had asked Credit Suisse to pay earlier in negotiations, as reported by Reuters on Monday.

The news came after Deutsche Bank (DB) agreed to a $7.2 billion settlement with the DOJ over its sale and pooling of toxic mortgage securities.

The deals highlight the Justice Department’s efforts to hold European banks accountable for shoddy securities that contributed to the U.S. housing market collapse.

The department sued Barclays (BCS) on Thursday over similar claims.

Credit Suisse in November said it had upped litigation provisions by 357 million francs ($348.29 million), mainly in connection with mortgage-related matters.