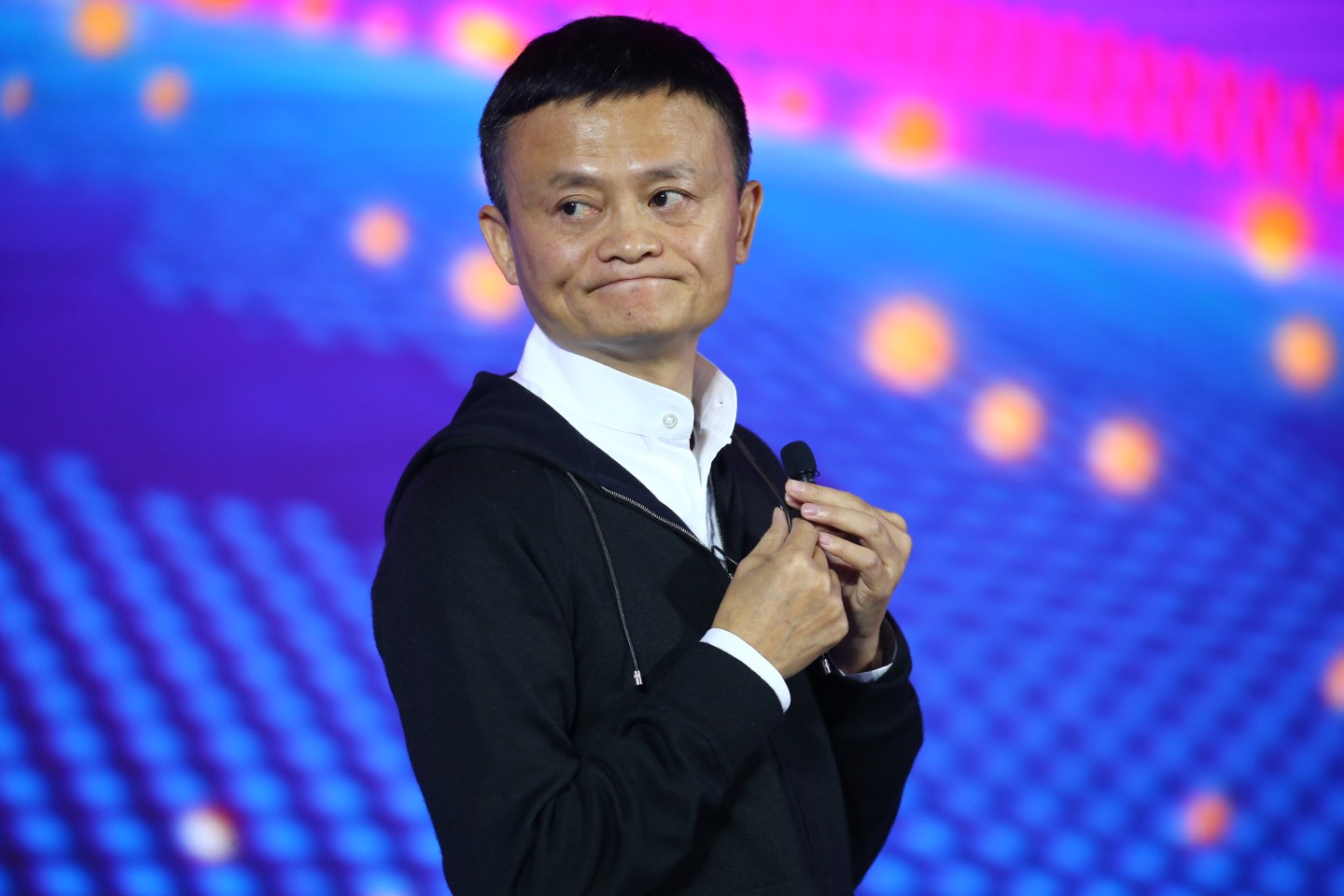 SHENZHEN, CHINA - NOVEMBER 11: Alibaba chairman Jack Ma makes speech in a interview about half an hour before the end of Singles' Day Global Shopping Festival at the media centre of Shenzhen Universiade Sports Centre on November 11, 2016 in Shenzhen, Guangdong Province of China. Thanks to the Alibaba Group, Singles' Day Global Shopping Festival has become the World's online festival. The latest sales figure has hit about 100 billion yuan this year. (Photo by VCG/VCG via Getty Images)
Photograph by VCG via Getty Images

Alibaba got a big lump of coal for Christmas yesterday when the U.S. Office of the Trade Representative added Taobao, its e-Bay-like small seller platform, back onto a list of notorious counterfeit platforms that includes the likes of torrent site Pirate Bay. Alibaba (BABA) was last on the list in 2012.

But the protests ring hollow. From inside China, you can search Taobao and still find hundreds, often thousands, of illegitimate or suspect products from top brands. These results don’t pop up in searches overseas because Alibaba has essentially walled off the Chinese Taobao from its worldwide marketplaces. As much as 90% of New Balance’s 117,000 listings on Taobao are counterfeit or dubious goods, the Boston-based company last estimated. A search for Disney’s Star Wars-branded gear on Thursday finds 102,000 items listed, many suspect, while unlicensed ugly Christmas sweaters featuring professional sports teams abound. I know because I recently bought one—imitation NHL tag and all—off Taobao.

“While recent steps set positive expectations for the future, current levels of reported counterfeiting and piracy are unacceptably high,” the USTR report concluded.

It’s not only large brands that are complaining about China’s counterfeit economy funneled through Taobao. Small sellers are too. Michel Keck, a contemporary oil paint artist in Indiana, heard from a dealer that copies of her paintings were on T-shirts around the U.S. and on Aliexpress, Alibaba’s global site. But she found it impossible to lodge her complaint. Once she created a user account to file her complaint on Alibaba’s legal page, she was transferred to a web page in Chinese, without an English option, that she couldn’t decipher.

“We have had 10 solid days of trying to report via Aliexpress’s proper channels and Alibaba’s proper forms. Everything has been declined,” she said in November. “Chat support refuses to help us; voicemail messages we have left with Alibaba have never been returned.”

“I’ve read article after article on how Jack Ma has cut down on counterfeit goods and [is] doing his best to make sure his platforms take copyright infringement seriously. That is an outright lie,” she said.

Alibaba has received plenty of warnings from U.S. officials about cleaning up counterfeits. Last December, the trade office intimated that Alibaba risked being added to the “Notorious Markets” list again if it didn’t simplify the process for brands to complain, publicize takedown procedures, and hasten the process of removing fakes.

Alibaba has also been warned by Chinese regulators. In a rare exchange, in August a Chinese regulator told a television interviewer that “there are still plenty of issues [that] remain unresolved” about fake goods on Alibaba’s platforms. “I’ve repeatedly emphasized to Jack Ma that you (Alibaba) are not outside the law,” said the regulator, Zhang Mao, who heads the State Administration for Industry and Commerce (SAIC).

Taobao’s return to the notorious markets list is bad for optics but probably of little consequence to Alibaba. Its stock barely moved after-hours when the news was announced. And the western brands selling on its other big site in China, the Amazon-like Tmall, aren’t surprised by Taobao’s sordid side because it’s been a problem for years. Meanwhile, things do seem to be improving: search results do find fewer fakes than last year.

Alibaba can’t honestly protest, though; it heard enough complaints from brands to know this may be coming.