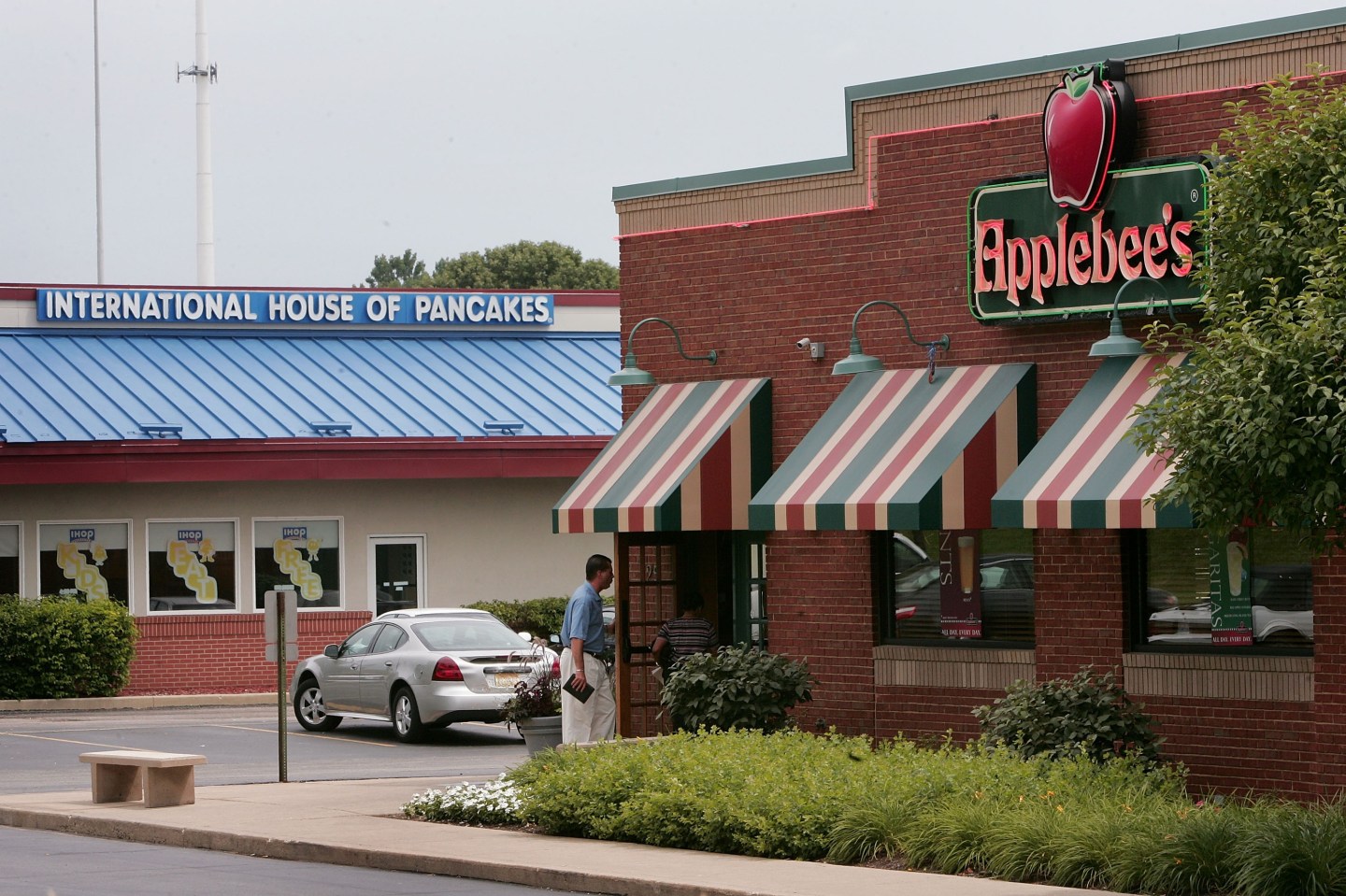 IHOP and Applebee's restaurants sit next door to each other July 16, 2007 in Elgin, Illinois.
Scott Olson Getty Images

For the first time, diners will be able to order IHOP‘s signature pancakes alongside Applebee’s signature riblets. The world’s first combination IHOP/Applebee’s is scheduled to open in Detroit in late 2017.

The restaurant will be located inside the city’s Millender Center, and is a franchise of TEAM Schostak Family Restaurants, which told the Detroit Free Press it was “proud to expand our portfolio by uniquely combining two nationally recognized and family-oriented brands.”

IHOP purchased Applebee’s in 2007 for a reported $2.1 billion. Both are now subsidiaries of DineEquity Inc., whose CEO said she was excited to have the two brands united for the first time.