North Carolina Will Reconsider Its Transgender Bathroom Law This Week 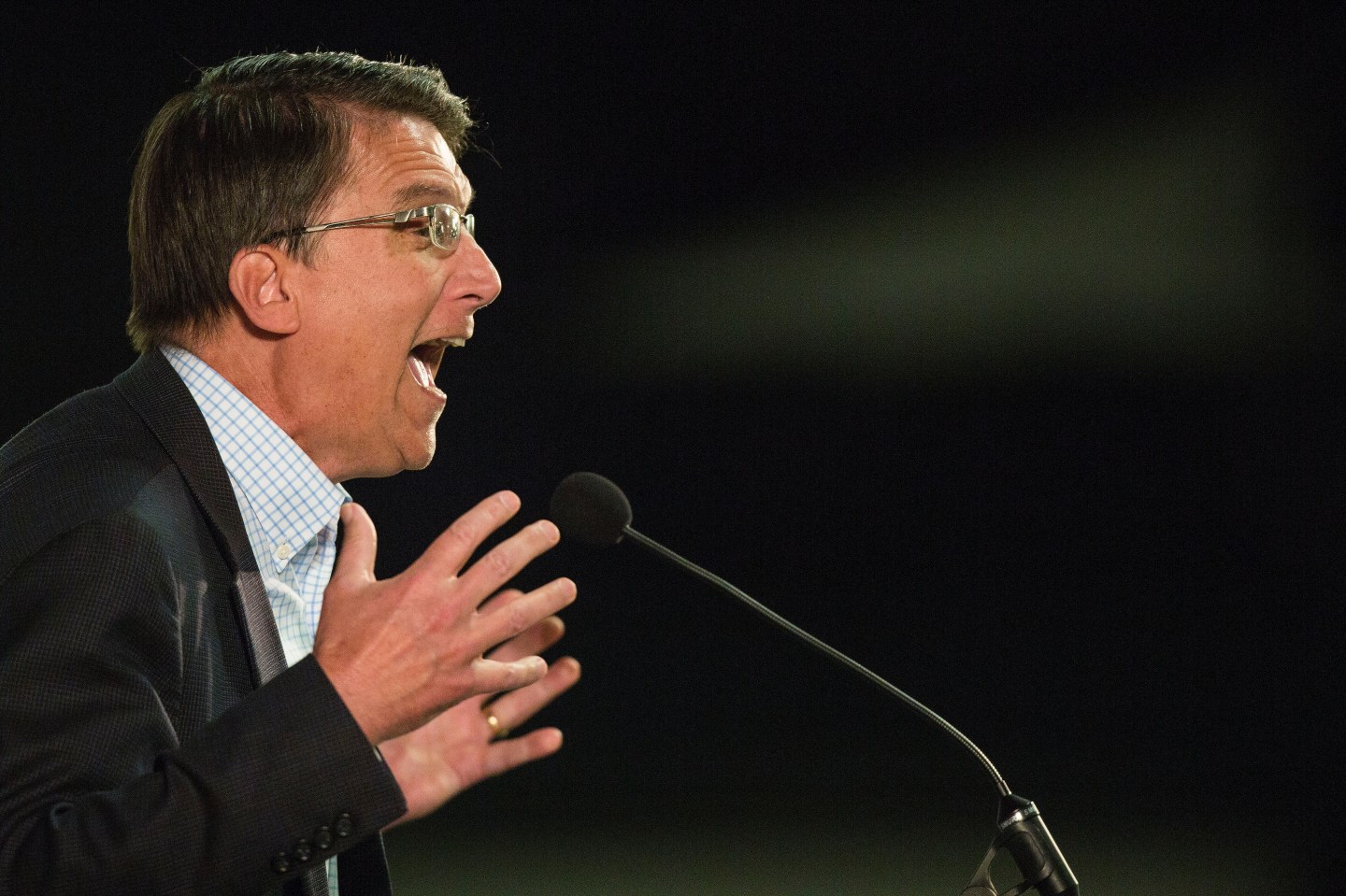 A North Carolina law limiting bathroom access for transgender people could be repealed this week after months of protests and economic boycotts over legislation decried as discriminatory.

In a surprise development, outgoing Republican Governor Pat McCrory called the state legislature to convene on Wednesday to reconsider the law adopted in March baring transgender people from using government-run restrooms that match their gender identity.

North Carolina’s law, the first of its kind, catapulted the state to the forefront of U.S. culture wars over lesbian, gay, bisexual and transgender (LGBT) rights. It has been blamed for hundreds of millions of dollars in economic losses and the relocation of major sporting events.

“Now that the Charlotte ordinance has finally been repealed, the expectation of privacy in our showers, bathrooms and locker rooms is restored and protected under previous state law,” McCrory said in a videotaped statement.

He recently lost a razor-thin election seen as a referendum on the bathroom debate.

Governor-elect Roy Cooper, a Democrat, said he had assurances from Republican legislative leaders on the special session to repeal H.B. 2.

“I hope they will keep their word to me,” Cooper said in a statement earlier in the day, noting a repeal will help bring back jobs and events lost in the boycott.

Amid the fallout, the National Basketball Association and leading collegiate conferences pulled sporting events from the state. Performers including Bruce Springsteen, Maroon 5 and Pearl Jam canceled shows and companies such as PayPal Holdings and Deutsche Bank scrapped plans to add jobs in the state.

“This will be an important step for North Carolinians to move forward, but it never should have come at the cost of protections for LGBT people living in Charlotte,” said Sarah Gillooly, policy director for the American Civil Liberties Union of North Carolina, one of the groups challenging the law in federal court.