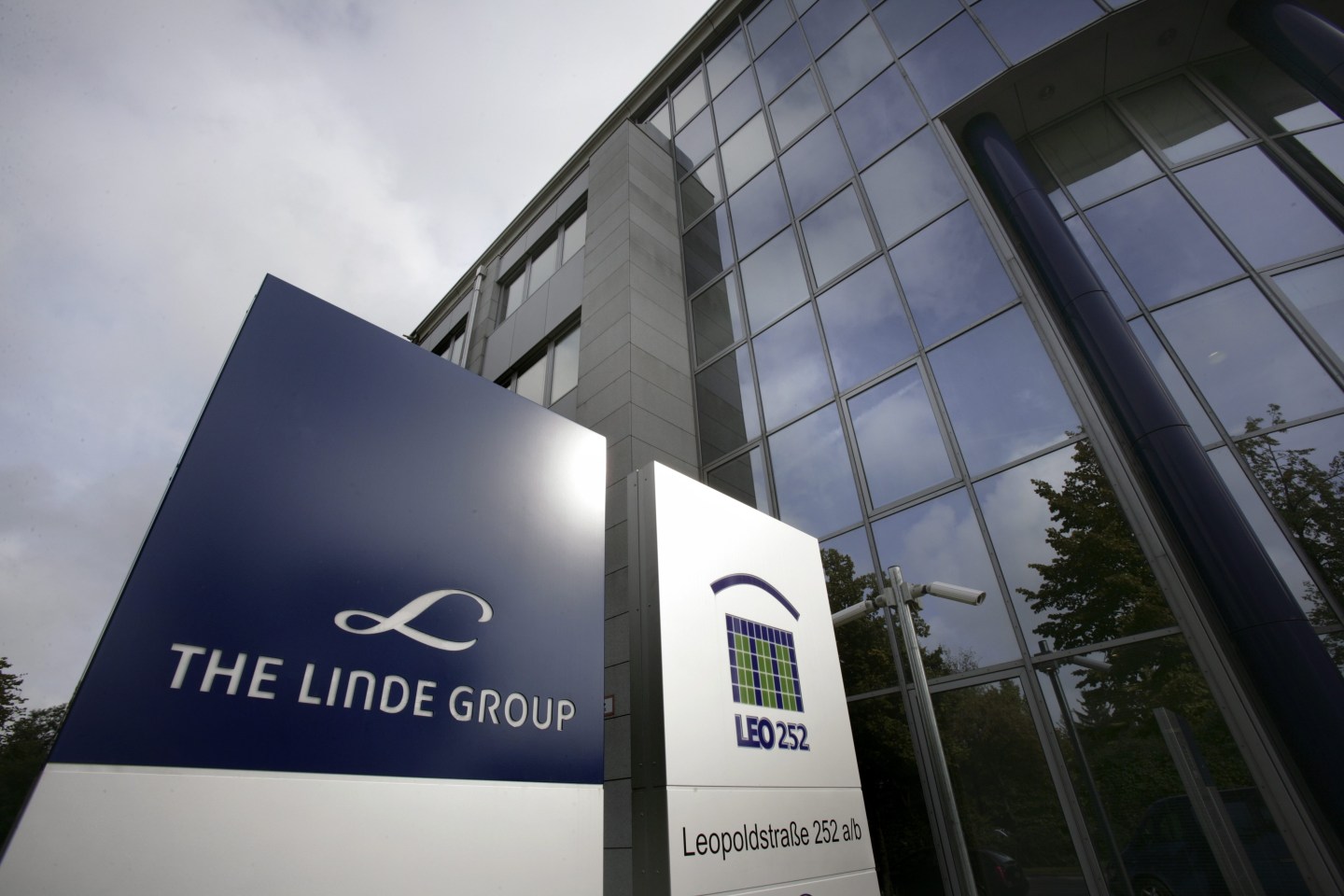 Headquarters of the Linde Group in Munich
Ulrich Baumgarten/Getty Images

Linde AG, the German company that revived merger talks this month with U.S. rival Praxair Inc, has come to an agreement with its counterpart on key aspects of an all-share deal to create a $65 billion industrial gases group.

Under the proposed merger, existing Linde and Praxair shareholders would each own about 50 percent of the combined company and its chief executive would be based in the United States. The terms of the proposal were flagged by Reuters earlier this month.

The agreement comes after Praxair provided new assurances to Linde over corporate governance and jobs, sources have said. Its previous approach failed in September partly because of disagreements over these issues.

Linde and Praxair, alongside rivals Air Liquide SA and Air Products and Chemicals Inc, are struggling with slower economic growth that has weakened demand from the manufacturing, metals and energy industries and put pressure on smaller players, leading to consolidation in the industrial gases sector.

“The transaction would unite Linde’s long-held leadership in technology with Praxair’s efficient operating model,” they said in the statement, adding they were targeting about $1 billion in annual benefits from the deal.

The new entity, representing a combined $30 billion in 2015 revenues, will have a dual listing in New York and Frankfurt.

Chairman and CEO of Praxair, Steve Angel, will become CEO while Linde’s supervisory board Chairman Wolfgang Reitzle, will take the role of chairman of the new group.

The new holding company will be domiciled outside of Germany in a member state of the European Economic Area – which comprises the European Union as well as Iceland, Liechtenstein and Norway – with its CEO being based at Praxair’s current headquarters in Danbury, Connecticut.

“Corporate functions would be appropriately split between Danbury, Connecticut and Munich, Germany to help achieve efficiencies for the combined company,” Munich-based Linde and Praxair said in their statement.

They said there was no assurance yet of a definitive agreement as some due diligence assessments and talks about some terms were still ongoing.

Once the deal is hammered out, it will be subject to approval by a Praxair shareholders’ meeting and the acceptance of the exchange offer by Linde investors holding a combined 75 percent of shares in the German group.

People familiar with the matter had said last week that the pair was close to finalising the terms of the potential deal.