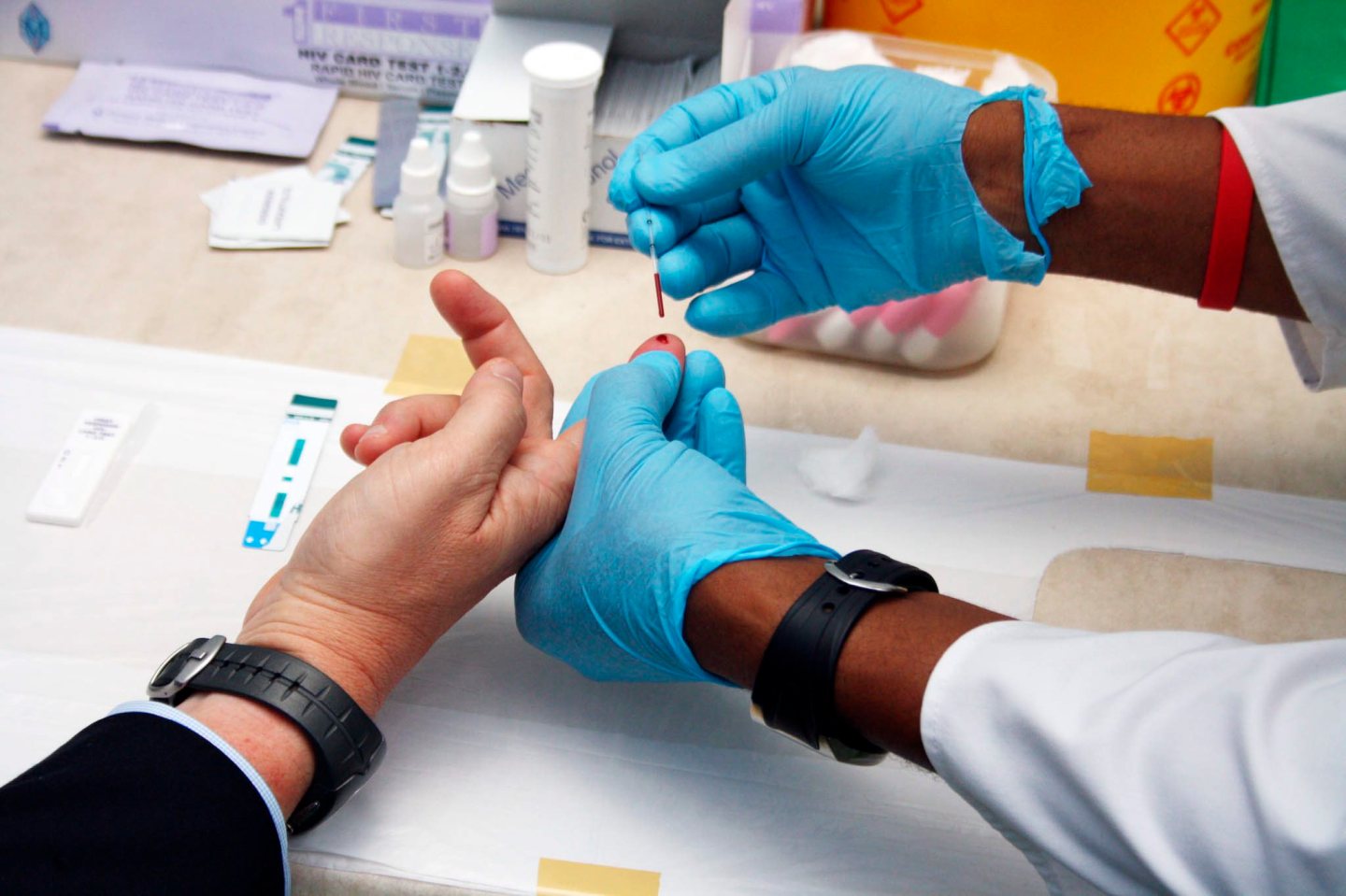 PRETORIA, SOUTH AFRICA - NOVEMBER 4: (SOUTH AFRICA, UAE, BRAZIL OUT) American Ambassador, Donald Gips gets tested for HIV to help raise awareness of the illness in preparation of World AIDS Day on November 4, 2009 in Pretoria, South Africa. World AIDS Day, which will be marked on December 1, 2009, has been celebrated since 1988 worldwide and help to raise awareness of HIV and AIDS and to help educate people on the subject and to remind people that the disease hasn�t gone away. South Africa currently has an estimated 5.7 million people infected with HIV and 1 000 dying every day of AIDS related diseases and although the epidemic seems to have stabilized, South Africa still has more people living with HIV and AIDS than any other country. (Photo by Foto24/Gallo Images/Getty Images)
Foto24—Gallo Images via Getty Images

An experimental therapy from GlaxoSmithKline (GSK) could be just as effective as existing therapies for HIV/AIDS patients without the corresponding risk of toxic side effects, raising the possibility of a challenge to incumbent companies in the space like Gilead (GILD).

In August, GSK announced that it was working on a major advance in HIV therapeutics that lopped off one-third of the drugs commonly used to treat the condition, which has gone from a death sentence to a manageable chronic disease over the last few decades thanks to medical advancements.

It appears that GSK’s efforts are beginning to bear fruit. The British drugmaker announced on Tuesday that a combination therapy of its dolutegravir (sold under the branded name Tivicay) and the Johnson & Johnson (JNJ) medication rilpivirine proved just as effective for treating HIV patients as more conventional three- and even four-drug cocktails, according to Reuters.

So why is this new advance a possible game-changer? The reason is two-fold:

1) HIV patients must continue taking their medications over the course of their lives to prevent a resurgence of the virus.

2) Nesting multiple drugs in a combination tablet can lead to side effects and become less tolerable the more they’re used over time.

And that’s where the prospect of a two-drug regimen could strike fear into the hearts of leaders like Gilead, which has relied heavily on its HIV drug income to lift its finances.

“The key debate remains whether Gilead will gain the upper hand again or whether a disruptive two-drug regimen becomes standard of care, favoring GSK,” UBS analyst Michael Leuchten told Reuters in an interview.