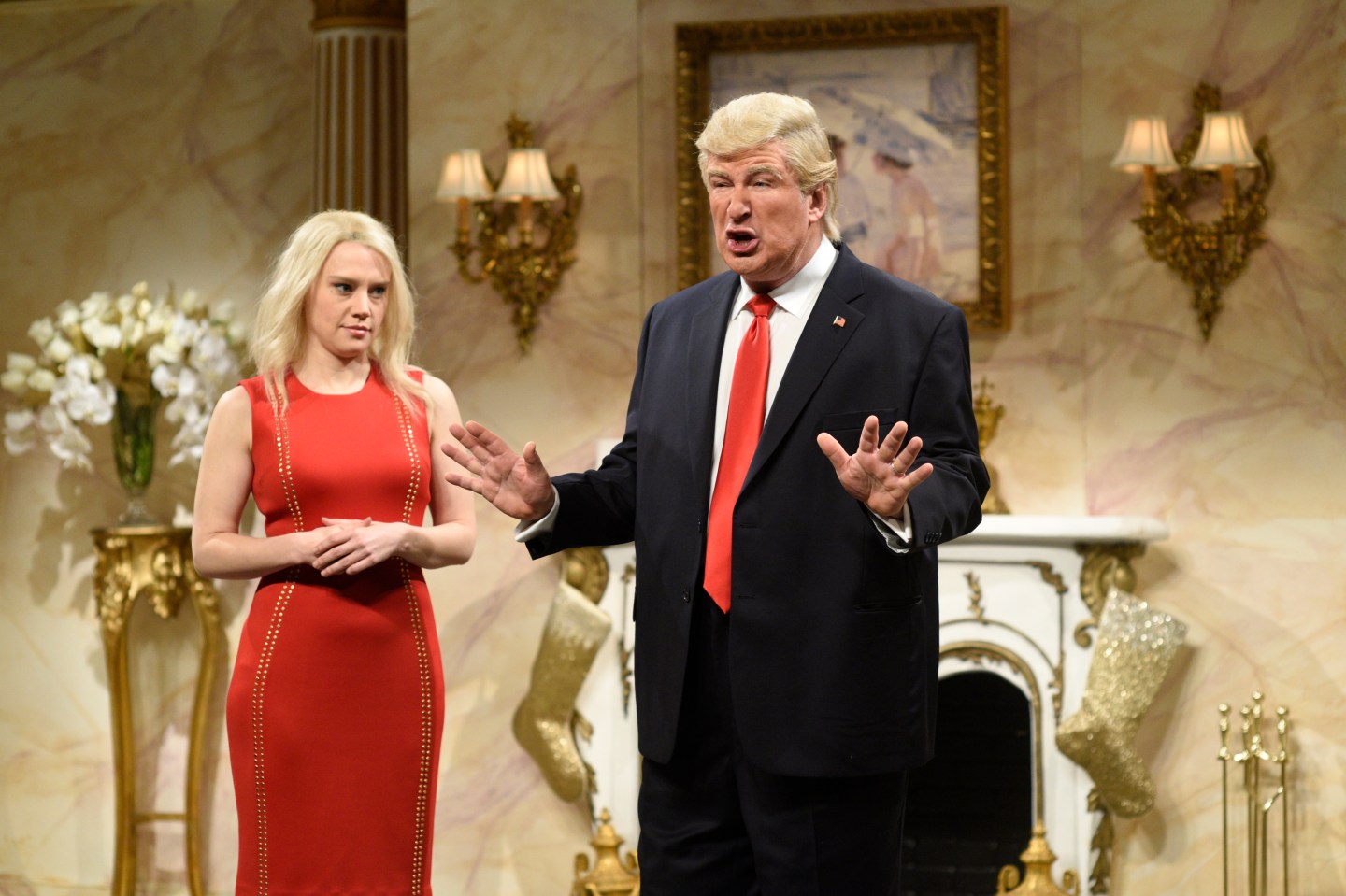 Alec Baldwin’s impression of Donald Trump has earned wild praise from fans and scorn from critics—not least from Trump himself. When the president-elect tweeted on Dec. 4 that the impersonation “just can’t get any worse,” Baldwin responded with an ultimatum: “Release your tax returns and I’ll stop.”

Apparently, he’s willing to extend the spirit of transparency to his own financial dealings. The actor revealed in an interview with the New York Times that for every appearance on Saturday Night Live, he is paid $1,400.

“I think that now that he is the president, we have an obligation — as we would if it was him or her — to dial it up as much as we can,” Baldwin said of his work on SNL. Although he does not write the sketches himself, Baldwin said he has carefully studied Trump’s mannerisms and honed what he calls “puffs”: “I see a guy who seems to pause and dig for the more precise and better language he wants to use, and never finds it … It’s the same dish — it’s a grilled-cheese sandwich rhetorically over and over again.”