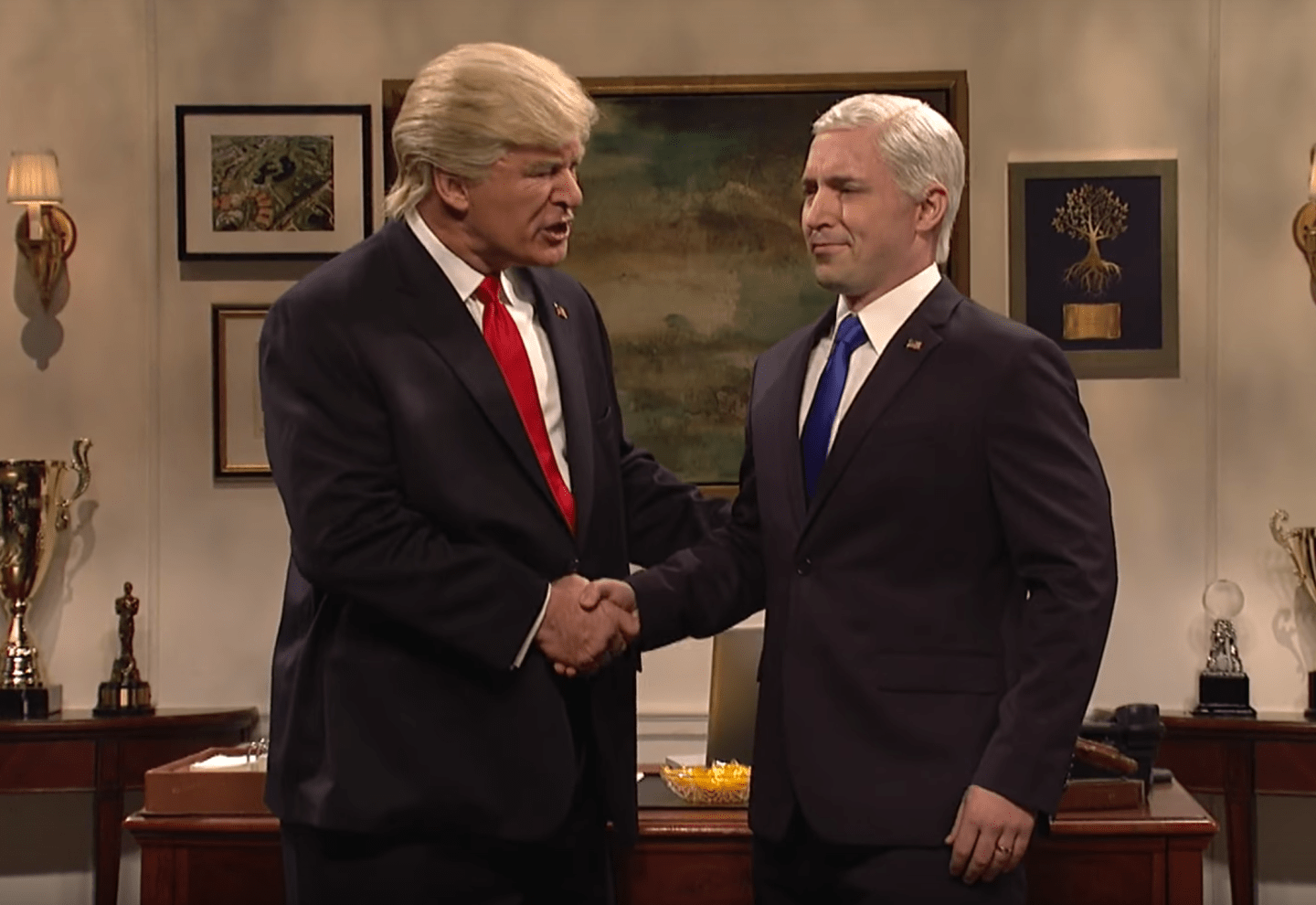 Donald Trump is famously thin-skinned. Throughout the presidential campaign, Trump has used his Twitter account to lash out at critics. And although he is now President-elect deciding on cabinet picks, Trump has made clear that he isn’t going to stop using his Twitter account as a platform to fight back. Since winning, he has attacked the “failing” New York Times, “unfair” protesters, the cast of Broadway’s hit, Hamilton, and now, NBC’s Saturday Night Live.

On Sunday morning, Trump let his 15 million followers know he disapproved of Saturday Night Live’s latest episode, calling it “biased” and not funny.

I watched parts of @nbcsnl Saturday Night Live last night. It is a totally one-sided, biased show – nothing funny at all. Equal time for us?

The show’s opening skit featured Alec Baldwin, as a blustering, panicked Trump, post-election, overwhelmed and ready to renege on all of his key campaign promises. It also poked fun at Trump’s knowledge—or lack thereof—of global affairs. During the presidential campaign, the real Trump had repeatedly said he had a “secret plan” to defeat ISIS. In the SNL skit, a U.S. military leader comes to meet Baldwin’s Trump and says the military is looking forward to hear Trump’s secret plan.

President-elect Trump’s response on Sunday calling for “equal time” wouldn’t appear to require any action from SNL. The “equal time” apparently refers to the Federal Communications Commission’s “equal opportunities” rule. That rule requires that broadcast television and radio stations give equal opportunities to “legally qualified” political candidates during a campaign.

Ironically, when Trump hosted SNL during the Republican presidential primary, some said that Trump was getting an unfair advantage and speculated that the “equal opportunities” rule would be triggered, requiring SNL to provide equal time to the other candidates. That didn’t happen, however, though SNL made sure to give plenty of airtime to Hillary Clinton, Trump’s Democratic challenger.

In any event, SNL has a long tradition of mocking sitting presidents, which isn’t likely to change. Alec Baldwin himself tweeted as much.

“Election is over,” Baldwin tweeted. “There is no more equal time. Now u try 2 b Pres and ppl respond. That’s pretty much it.”