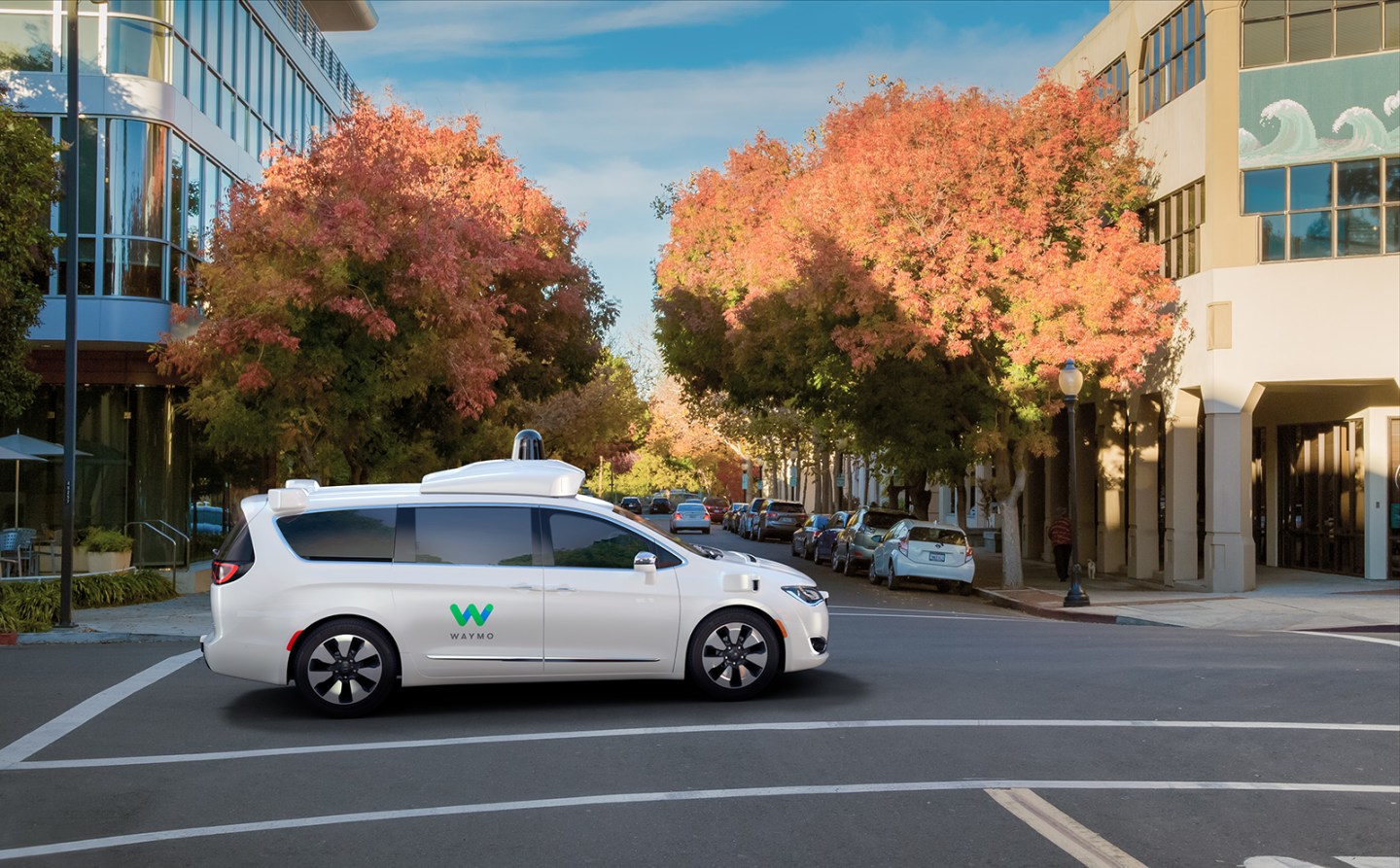 Waymo, the Google (GOOGL) self-driving project that recently spun out to become a business under Alphabet, has taken the wraps off its autonomous Chrysler Pacifica Hybrid minivans.

The company is adding 100 of these self-driving minivans to its fleet, as part of a collaboration announced in May with Fiat Chrysler Automobiles (FCAU)—the first time the tech company has worked directly with an automaker to create its autonomous vehicles.

The self-driving minivans will be on public roads in 2017, Waymo CEO John Krafcik said in a blog post published Sunday night on Medium. The minivans are outfitted with updated sensors, new computers, and “other major system updates,” he wrote.

This first look at the modified self-driving vans shows a number of sensors integrated into the vehicle, including one on the front grille and back bumper.

Sensors located above the front tires house radar to measure velocity and range of objects and LIDAR, a light-detection and ranging technology that is used to create high-resolution 3D mapping. Both sensors help the car better understand the world around it. On top of the vehicle, a round thimble-like unit contains a 360-degree camera and LIDAR.

YooJung Ahn, who led the design team for Google’s self-driving prototype vehicle, is also heading up industrial design for the autonomous minivans.

Some of the early prototype minivans have already undergone testing, including more than 200 hours of what Waymo calls “extreme-weather” testing. Waymo has tried out the vehicles at its own track in California, as well as Fiat’s test sites in Chelsea, Mich., and Yucca, Ariz.

The “first look” comes just five days after Google’s self-driving project officially announced that it was a business—with a new name and a slightly different plan.

Until last week, little was known about what the tech giant intended to do with its project, beyond the stated goal of commercializing self-driving cars by 2020.

When the project became an official company, its business model shifted. Waymo says it will license its self-driving technology to third-party companies, including automakers and ride-hailing firms, as opposed to building its own transportation as a service company.