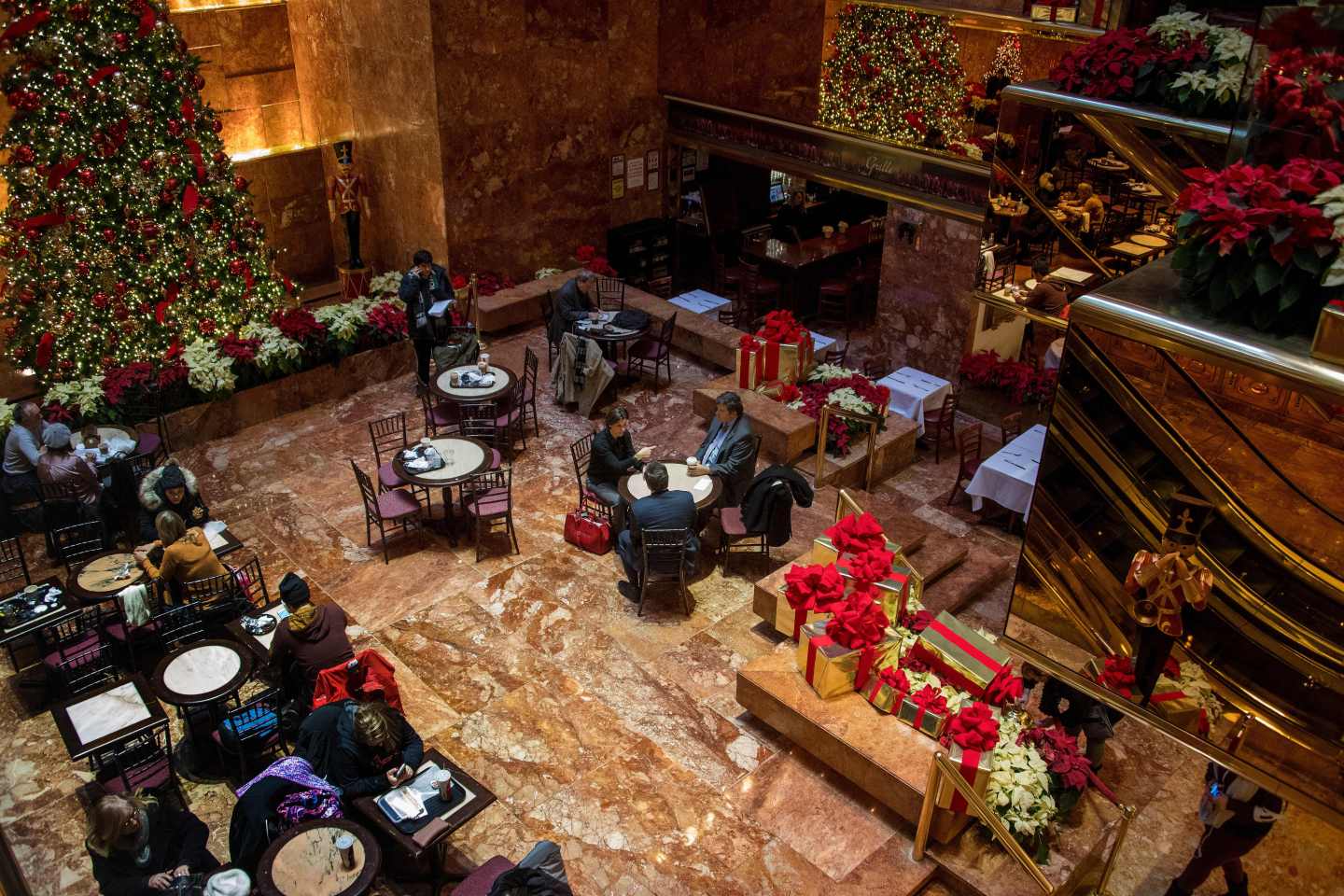 The Trump Tower Grille is viewed at Trump Tower in New York on December 15, 2016.
Photograph by JIM WATSON — AFP/Getty Images

The nation’s volatile politics have erupted along a new front line between President-elect Donald Trump and his antagonists: Yelp.

Yeah, that’s right. The crowdsourced review service is battling a tidal wave of reviews on the page for Trump Grill. These seem to have been triggered following the recent dust-up between Vanity Fair magazine and our Tweeter-in-chief.

In sum: Vanity Fair wrote an unkind review of Trump Grill under the subtle headline: “Trump Grill could be the worst restaurant in America.”

To wit: “The allure of Trump’s restaurant, like the candidate, is that it seems like a cheap version of rich. The inconsistent menus — literally, my menu was missing dishes that I found on my dining partners’ — were chock-full of steakhouse classics doused with unnecessarily high-end ingredients. The dumplings, for instance, come with soy sauce topped with truffle oil, and the crostini is served with both hummus and ricotta, two exotic ingredients that should still never be combined.”

Trump was not amused, and tweeted:

Has anyone looked at the really poor numbers of @VanityFair Magazine. Way down, big trouble, dead! Graydon Carter, no talent, will be out!

But then, humanity decided to weigh in on Yelp. The company posted warnings on the page noting that it was receiving a rather unusual number of reviews, due to having been in the news recently:

But by Friday morning, they hadn’t quite nailed them all.

Max S. of Denver opined: “The food is just like the owner, a gigantic piece of shit. However, the servers were extremely courteous and kind.”

Otis L. of San Francisco mused: “Horrible! I shat myself within hours of eating this microwave slop. The employees, bless their souls, were very kind. Sad. They looked programmed. They do make an excellent Black Russian, by the way!”

Lisa of Brooklyn astutely noted: “I tried to get in but there was a giant wall around the building. AND, the worst part? I was asked to pay *for* the wall. So, I tried to pay with my WomanCard, but they wouldn’t accept it. Also, there was a pungent odor of swampiness surrounding the area. I hear the place is owned by a petulant man child.”

Charles of Salt Lake City added colorfully: “This place is disgusting. Really bad. Food horrible. Service laughable. No wonder it’s failing. The decor is unique. Think of something your 80-year-old great aunt would have thought “glitzy,” circa 1979 and you get the picture. The tiny-handed owner is a real ass clown.”

Keith B of Little Falls, New Jersey, and who has amazingly checked into the Trump Grill THREE TIMES, making him perhaps the world’s leading expert, offered: “Great service manager did an excellent job of seating us during the busy holiday season and the now house of the President Of the United States. Steak sandwich with blue cheese was great the lobster roll (sic) was smaller then before but the presidential race cost Trump alot of $”

Still, Luke of Brighton, Michigan countered: “This place is terrible. The worst. Everyone knows it. People are saying that the owner is a sexual predator. The people who work here are great, but the owner is human garbage. I would avoid at all costs. If you see the owner, run! He will probably try to grab you by the pussy.”

So, basically, someone at Yelp is going to have a busy weekend fighting all these reviews. And we have no idea how Trump is going tweet back at all those haters on Yelp.

But hey, get ready for four more years of this!