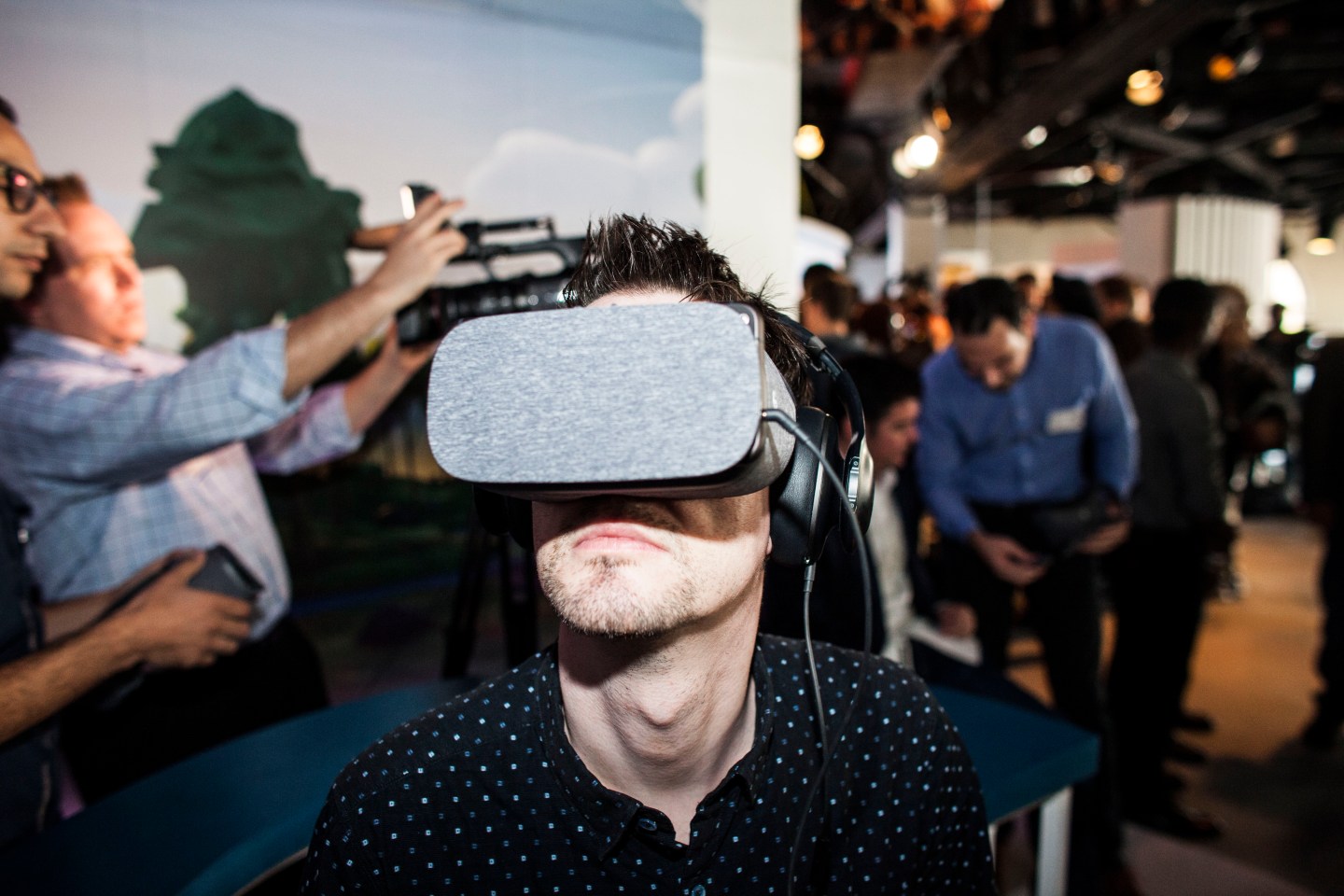 Companies like Facebook, Google, and Microsoft have spent years proclaiming that technologies like virtual and augmented reality represent the future of how we live and work. While teachers and doctors are already experimenting with such technology, VR and AR devices still have a ways to go before they’re as ubiquitous as smartphones and tablets.

Local organizations in New York City are hoping to accelerate that process. A new lab will soon launch in New York City designed to support growing startups working in the augmented and virtual reality fields, making it the first publicly-funded initiative of its kind in the U.S. It’s a joint effort between the New York City Economic Development Corporation (NYCEDC) and the Mayor’s Office of Media and Entertainment (MOME), which issues filming permits and facilitates film and media production throughout the city.

“We’re on the cusp of growth, but we’ve identified these barriers to that growth ,” Kate Daly, senior vice president of the NYCEDC’s Center for Urban Innovation, told Fortune.

The program will put $6 million toward opening a center in New York City. Meant to aid young companies in developing ideas, the center will provide necessary equipment and a common place to work among other resources. The $6 million will be a mix of public and private funding, which will come from both the City and a partner that will be tasked with determining how to operate and manage the center. The NYCEDC and MOME will put out a request for proposals to begin the process of choosing this partner in early 2017.

The forthcoming lab will remain focused on growing the benefits of VR and AR in New York City, particularly around job creation. But such a launch could set the stage for other initiatives in the future, helping to keep the U.S. competitive with other countries where government-backed VR projects are more common. In September, for example, HTC collaborated with China’s Electronic Information Division of the Ministry of Industry and Information Technology to develop a program called the Industry of Virtual Reality Alliance, a government-endorsed group for fostering growth in VR.

Many details about the program, including the participating startups, will remain unknown until a proposal is chosen. But Daly says it will likely bring together companies working in various VR and AR related projects spanning across hardware and software.

“I don’t want [the companies] to silo, because I think they can do that on their own,” she said. “Part of the reason we decided that we need to launch this lab is because there’s fragmentation in the ecosystem right now. That’s what we’re hearing from stakeholders across the board.”

Those considering a career in AR or VR may also stand to benefit from what the center will offer. Julie Menin, commissioner of the Mayor’s Office of Media and Entertainment, says there’s interest in a training program that would coach those unfamiliar with these technologies and potentially help them with job placement.

“These sectors are growing so quickly that we want to make sure we are creating that [talent] pipeline,” she said.

The launch would come as technology companies are figuring out where augmented and virtual reality fit into our everyday lives. Although AR and VR are usually categorized as similar technologies, the ways in which they are being used is still quite different, says Tuong Nguyen, a principal research analyst at Gartner. Virtual reality is being more widely adopted among consumers for playing games or consuming content, while augmented reality is better-suited for enterprise environments.

“Pokémon Go was a huge phenomenon, but I would challenge anyone to ask a friend to name five other AR games,” Nguyen said. “So that’s kind of an easy way to prove that the consumer usage isn’t quite there yet.”

Even with local programs like the one being launched in New York, a future in which most workplaces are holding meetings in virtual reality and using holograms to work on a 3D model is still far off. But the upcoming lab is further proof that such technologies are continuing to appeal to more than just early adopters and video game enthusiasts.

“The startups that I speak to feel like we’re on the cusp of something much bigger, says Daly, “that is the equivalent of mobile apps of several years ago.”