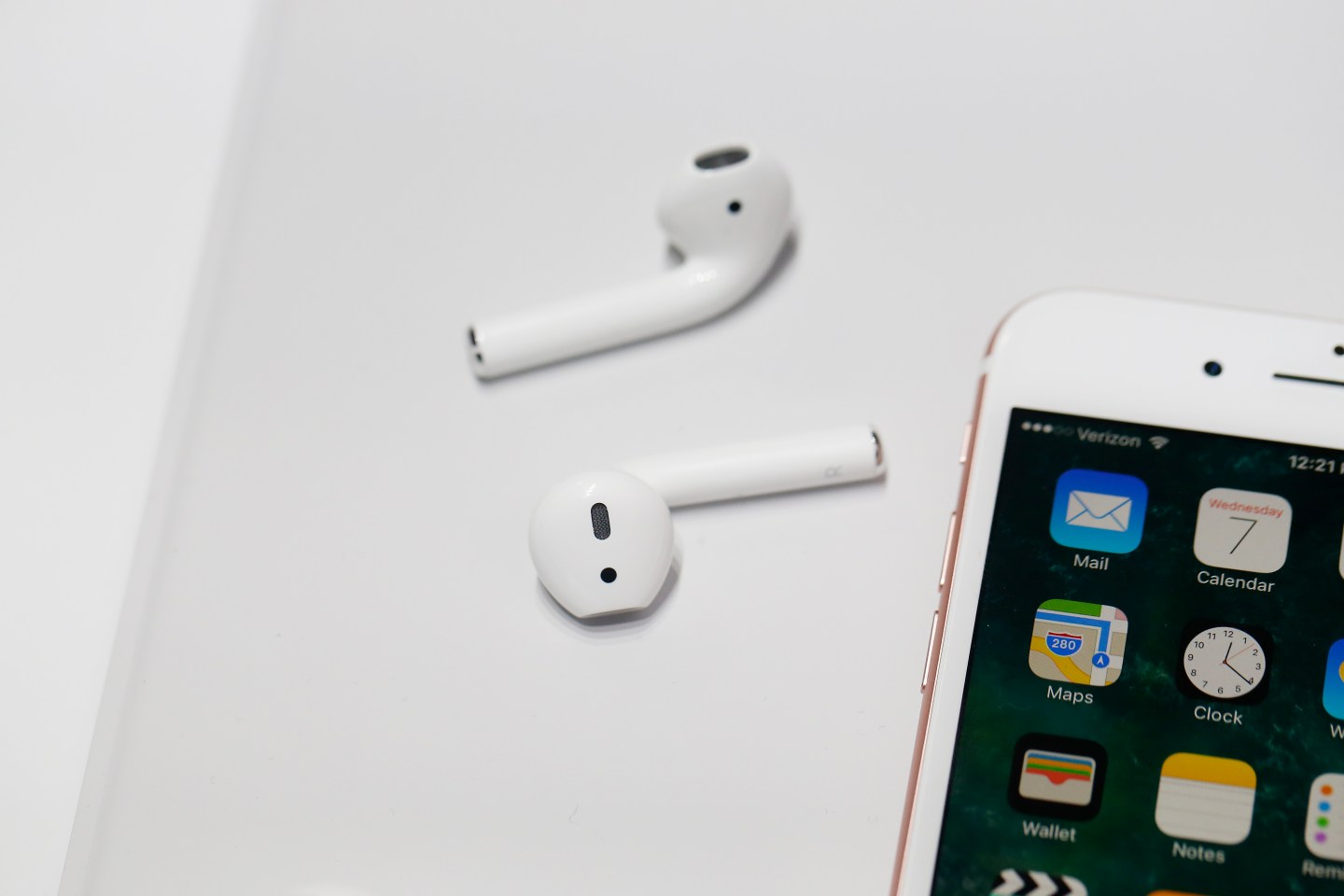 SAN FRANCISCO, CA - SEPTEMBER 07: A pair of the new Apple AirPods are seen during a launch event on September 7, 2016 in San Francisco, California. Apple Inc. unveiled the latest iterations of its smart phone, the iPhone 7 and 7 Plus, the Apple Watch Series 2, as well as AirPods, the tech giant's first wireless headphones. (Photo by Stephen Lam/Getty Images)
Stephen Lam — Getty Images

At long last, Apple is making its wireless AirPods earbuds available online and in its stores.

As of Tuesday, Apple is promising a delivery date of Dec. 21 on the AirPods, though heavy demand for the earbuds might push that back. Apple will start selling the $159 AirPods in its retail stores next week.

According to Apple (AAPL), the AirPods, which also come with a microphone for calls, can last up to five hours on a single charge.

The AirPods are Apple’s answer to the controversial decision to remove the headphone jack in the iPhone 7. While Apple’s new handset ships with wired earbuds, they can only connect with an adapter through the smartphone’s Lightning port. The AirPods can wirelessly connect to the iPhone 7, eliminating the need for a headphone jack. AirPods can also wirelessly connect to other devices via Bluetooth.

At its press event in September, Apple said it would release the AirPods in late-October. However, Apple delayed the AirPods in October without providing an exact release date. Rumors subsequently surfaced over why the AirPods might have been delayed and when they would finally reach store shelves, but Apple didn’t comment on exact details.

Last week, a Wall Street Journal report surfaced, saying that the AirPods’ earpieces were having trouble receiving wireless signals and could be delayed past the holidays. Apple never confirmed that claim.