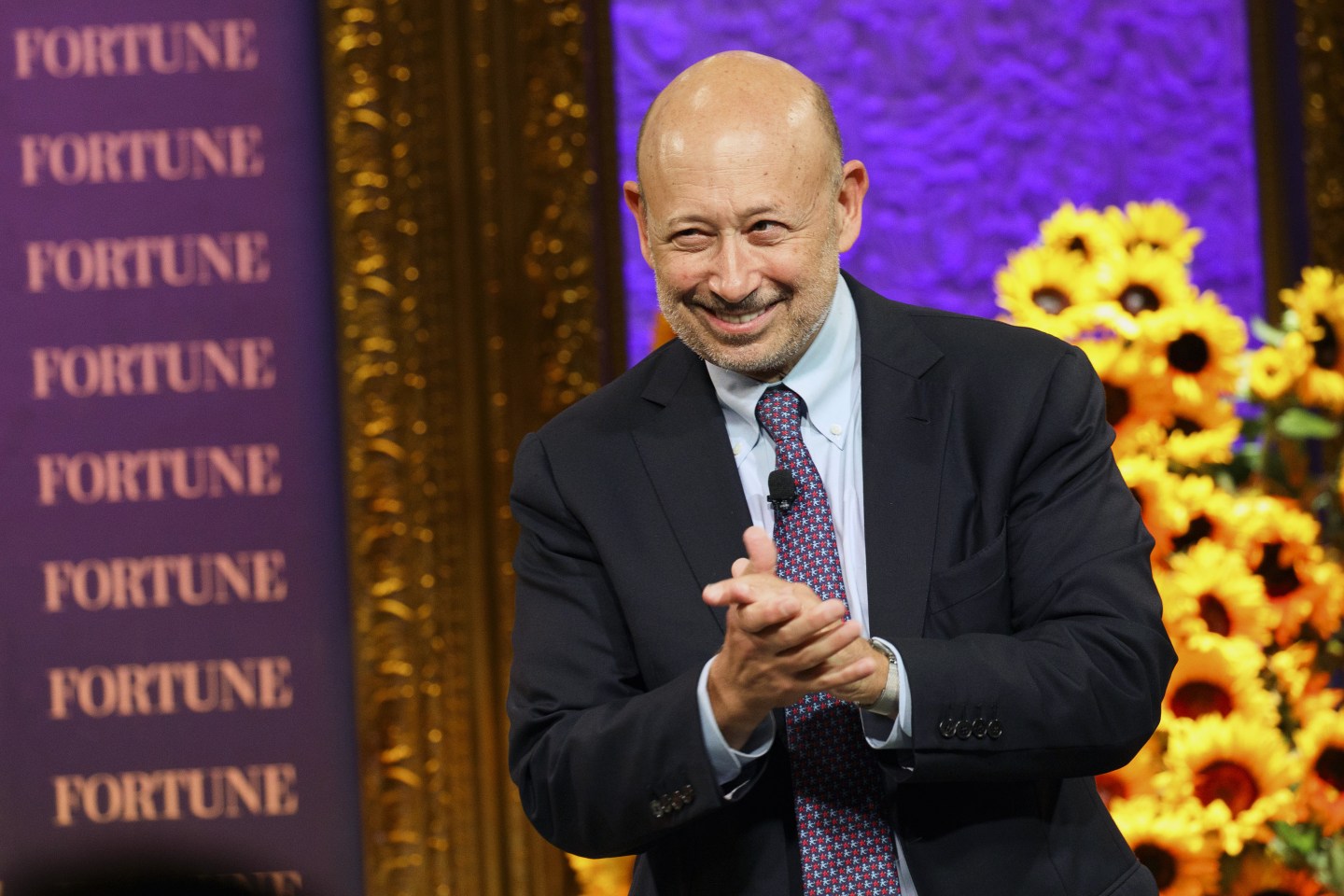 Two days after the election, Lloyd Blankfein, the CEO of Goldman Sachs, told a crowd of financiers and executives gathered at The New York Times‘ DealBook conference that Donald Trump’s policies were “asset-friendly and market-friendly.”

He could have added big bank CEO-friendly, at least when it comes to Blankfein’s own bank account.

Since Trump was elected, the fat cats have gotten a lot fatter.

The biggest winner appears to Goldman’s Blankfein. That Blankfein is the biggest beneficiary of Trump’s win among all Wall Street CEOs is odd, at least given how Trump specifically vilified the investment bank and its chief executive in the election. Nonetheless, Blankfein’s total take, in a little more than a month from the Trump bump rally, as of the end of Friday: $139,154,278.72.

And that’s just the boost he’s gotten from his stake in Goldman Sachs (GS). Blankfein’s overall gain in wealth since Trump was elected is likely to be larger.

While Blankfein’s bank account has gained the most, he’s far from the only bank CEO who has been raking it in since Nov. 8. On Thursday afternoon, J.P. Morgan Chase’s (JPM) CEO Jamie Dimon’s Trump bounty, amazingly, in a little over a month, crossed over into the nine figures. Dimon’s total Trump bump as of the end of Friday: $104,189,315.18.

He’s also landed a role with the incoming White House administration. Earlier this month, Trump named Dimon, along with a number of other financiers and CEOs, to an advisory panel. It was also reported that Dimon was offered the job of Treasury Secretary, but he turned it down.

Morgan Stanley’s CEO James Gorman has also been rewarded in the Trump rally. The value of his holdings in Morgan Stanley (MS) stock is up, too, by $22.9 million.

Bank stocks have been on a tear since Trump was elected, which is what has led to the big payday for these CEOs. Investors believe that Trump, despite his rhetoric during the election, will roll back regulation on the banks, perhaps allowing them to ramp back up their riskier trading desks, and the profits that go with them.

What’s more, Trump has named a number of Wall Streeters to top roles in his administration. Both Steven Mnuchin, Trump pick for Treasury Secretary, and Gary Cohn, who will lead Trump’s National Economic Council, come from Goldman Sachs. Steve Bannon, a senior advisor to Trump, also worked at Goldman.

The value of Cohn’s Goldman shares have risen more than $52 million since Nov. 8. Cohn’s Goldman stake is now worth just over $211 million. Cohn hasn’t said officially what he plans to do with that stake, but he would likely have to sell the shares before joining Trump’s White House.

This could be another big week for bank stocks. The Federal Reserve is expected to raise the short-term interest rate it controls on Wednesday. Higher interest rates are expected to help banks, which will be able to charge higher borrowing rates.