Amazon’s ‘Grand Tour’ Is the Most Illegally Downloaded Show Ever 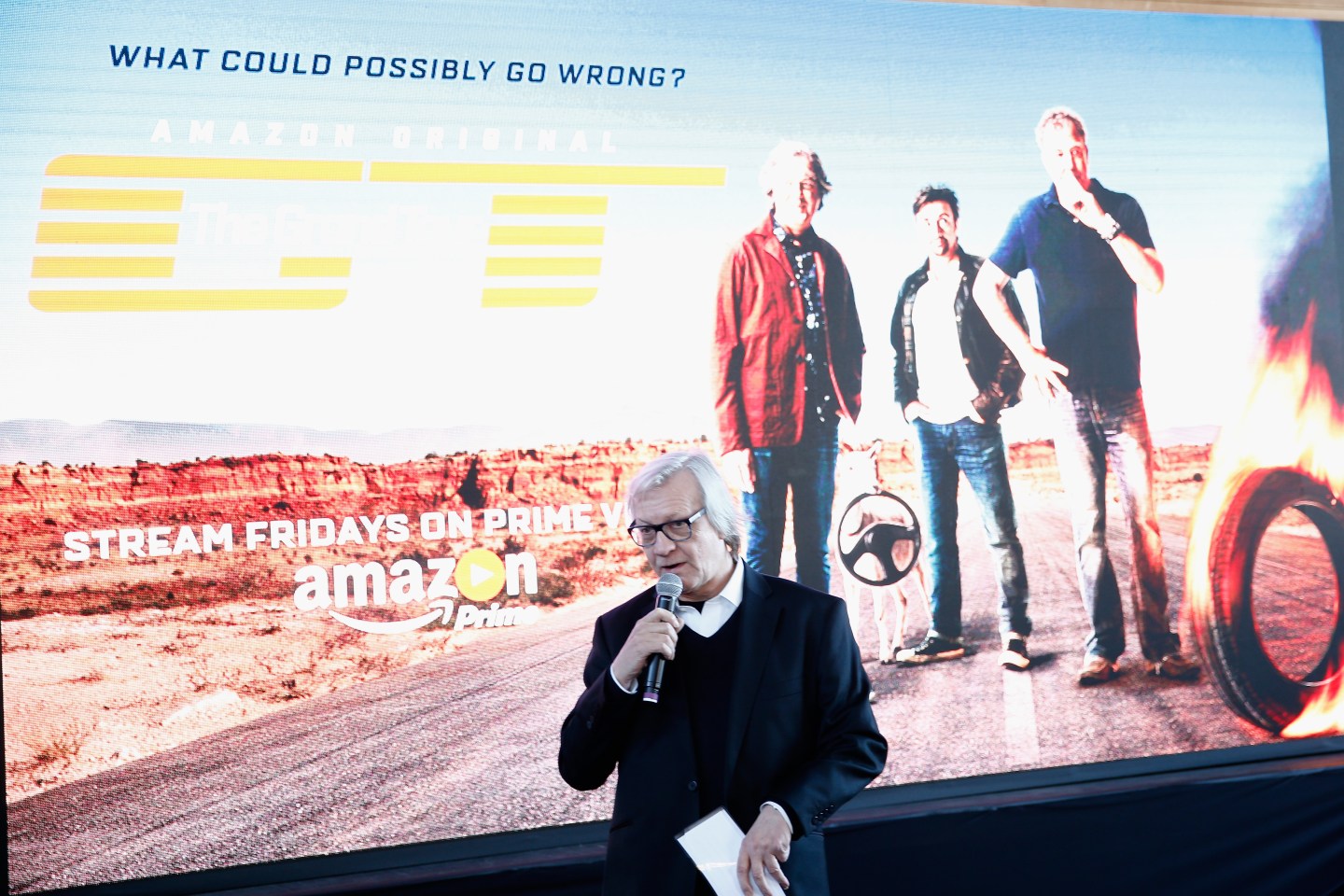 If you’ve pirated any of Amazon’s show The Grand Tour, you’re among the masses: The first three episodes of program have been illegally downloaded a total of 20.7 million times—making it the most pirated show ever.

The first episode was illegally downloaded 7.9 million times, the second episode 6.4 million times, and the third 4.6 million times, analysts at anti-piracy firm Muso told the Daily Mail. The biggest share of the downloads (13.7% of the total) originated in the U.K.

Those numbers make The Grand Tour, the reboot of BBC’s Top Gear, “the most illegally downloaded program ever,” Chris Elkins, Muso chief commercial officer, told The Guardian. Elkins said Amazon has lost up to £3.2m (about $4 million) in revenue on the first episode alone—a significant loss considering the company reportedly paid about $160 million to acquire the show in the begin with. “It is off the scale in terms of volume,” he said. “It has overtaken every big show, including Game Of Thrones, for the totals across different platforms.”

The show was Amazon’s most watched premiere, the company announced in November, taking the No. 1 spot from the record-breaking debut of its series The Man in the High Castle. And despite the pirates, Amazon (AMZN) saw the second highest number of new Prime member sign-ups on the day of the show’s debut, thanks to a one-day price cut of its annual Prime membership fee from $99 to $79—saving new members about 20%.

When asked about the illegal downloads, an Amazon spokesperson told Fortune in a statement that “The Grand Tour has become the biggest show premiere ever on Amazon Prime Video, with the new Amazon Original Series breaking viewership records around the world. We’re excited to launch the show on Amazon in more than 200 countries and territories worldwide very soon.”

This article has been updated to reflect comment from Amazon.