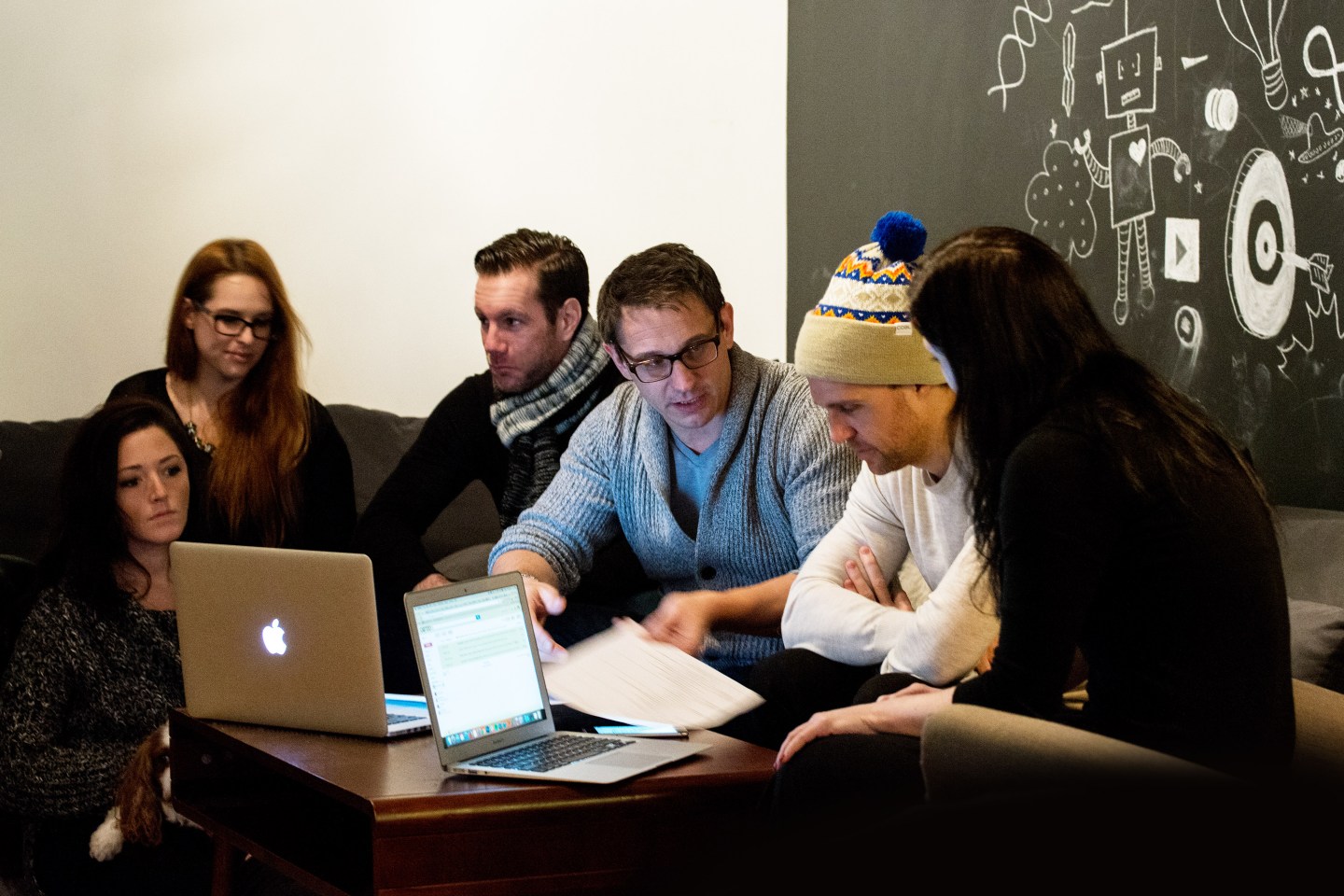 The Entrepreneur Insiders network is an online community where the most thoughtful and influential people in America’s startup scene contribute answers to timely questions about entrepreneurship and careers. Today’s answer to the question “What’s one of the best business decisions you’ve ever made?” is written by Simon Berg, CEO of Ceros.

One of the best business decisions I ever made was to spin Ceros out into its own company—and to not sell it early on.

It wasn’t an obvious or easy path to arrive at these two decisions. In fact, I almost missed both opportunities. If it hadn’t been for the loud and persistent opinion of a colleague, I wouldn’t be where I am today.

The first glimmers of Ceros started shining inside the walls of Born, the design agency I ran in London. At Born, we were in the business of creating and delivering content for clients. As we began to do more and more digital business, we developed a technology that helped us create content in a more time- and cost-efficient way.

When the technology was still in its infancy, I approached another company about growing it into something bigger together. At first, Paul Fifield, one of the decision-makers, thought it was a stupid idea. But after struggling with his own business, spending time learning about cloud-based SaaS, and chewing on the concept, he eventually came back and said he wanted in.

See also: What I Learned From Starting a Company With Co-Founders

Once Paul came to work for Born, he wouldn’t stop pestering me to spin out Ceros into its own company. He saw the potential of a cloud-based platform even before I did. He even gave me advice about how to go out and raise capital, which I’d never done before.

Paul’s points started to sink in. And as it happened, financial circumstances within Born converged in a way that made sense to spin the technology out. So we did.

Fast forward a year or so. Born was in the midst of a very dark period. Beset by cash flow issues, I toyed with the idea of selling off Ceros in an effort to keep the agency afloat. But Paul, always a persistent voice in my ear, kept telling me not to sell.

I was extremely conflicted. I agreed to discuss the deal with Dennis in person. Before we met, I started listening to his book, How to Get Rich. On the way to the meeting, I pulled up the book and pushed play. The narrator’s voice read: “Chapter 9: How to Negotiate.” I laughed my ass off at the serendipitous timing. And then I listened carefully to the chapter, knowing it would prove useful during our conversation.

On the way from the train to Dennis’s office, I received a call from my general manager. He told me we had to find a large amount of money that week, or we wouldn’t make payroll.

No pressure or anything, right?

During the meeting, I somehow managed to hide my desperation from Dennis. We had a great talk. When we entered the negotiation stages, the terms weren’t to my liking. I kept pushing. But Dennis wouldn’t budge.

Eventually, he told me: “Well, if you don’t like the price, I’ll just wait for you to go bust and buy your assets then.”

I replied: “At the end of the day, it all depends on whether my need outweighs your greed.” (This was a direct quote from the chapter in his book I’d just listened to.)

“Exactly, my boy,” he said. His face fell a moment later when he realized I’d quoted his own words at him. After that, the conversation was over.

I didn’t sell Ceros, but I did sell Born about a year later. Once the agency transition was well underway, I turned my attentions to building this fledgling technology into a real product. I raised a round of funding — and the rest is history in the making.