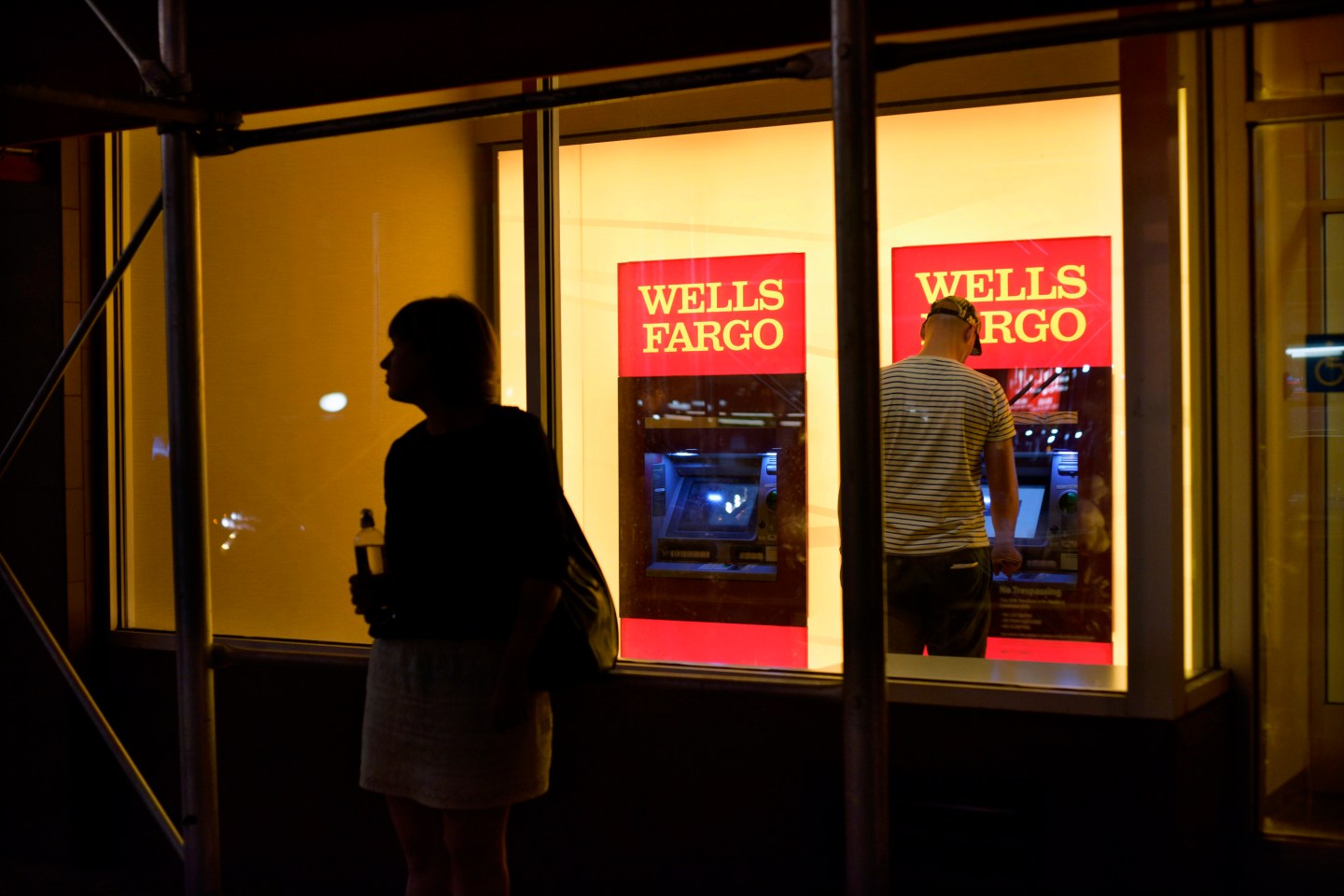 Wells Fargo’s massive phony account scandal has cost the bank months of bad publicity, and its CEO. But the actual cost of those 2 million fake accounts may be a lot less than expected, at least according to the bank’s CEO.

Wells Fargo’s new CEO Tim Sloan said Tuesday that the bank may end up paying tens of million of dollars in investigations and other regulatory matters in order to resolve issues from the scandal. That’s far less than earlier estimates. In November, for example, the bank upped its potential legal costs by $700 million. Now it looks like the additional costs from scandal will be in the eight figure range, and not deep into the nine figures.

“I think that seems reasonable today based on what we know,” Sloan said at the Goldman Sachs financial-services conference on Tuesday of the eight figure estimate. “It’s the upper end of our range from an efficiency standpoint.”

Another sign that the scandal, in which bank salespeople opened 2 million phone accounts over more than five years, shares of Wells Fargo (WFC) have already completely recovered, and are now trading 10% above where they were before the scandal broke.

Wells Fargo is far from out of the woods. The bank is currently under investigations by the Department of Justice, the Securities and Exchange Commission, and other state agencies over the bank’s sales practice disclosures. Wells Fargo’s board has its own investigation into the bank’s retail sales practices that was started in late September and has not been released yet. The bank also reportedly hired “many dozens” of lawyers form Shearman and Sterling to help it correct its sales practices and defend the bank against litigation. Sloan also said at the Goldman Sachs conference that he had received two regulatory consent orders to hire a consultant to examine the bank’s retail business.

“Should other regulators such as the SEC push hard, settlement of additional regulatory matters could be in the hundreds of millions of dollars as well. Once you add in employee and customer litigation, those costs could escalate dramatically,” wrote William Jacobson, a clinical professor of law and director of the Securities Law Clinic at Cornell University. “So putting Wells Fargo’s total additional risk in the tens of millions of dollars seems optimistic.”

Still, Wells Fargo, at least for now, seems to think that it won’t have to put its hand too much farther into its own pocket, or really its investors, to put the scandal behind it. The bank has already paid some $185 million in fines to the Consumer Financial Protection Bureau and the city of Los Angeles. And, as the stock rebound shows, much of which happened after Trump was elected, investors are betting that the president-elect is will be friendly to financial stocks. Shares of Wells Fargo have gained 22% since election night, while an the Keefe Bruyette and Woods Bank Index has risen less—15% in the same period.