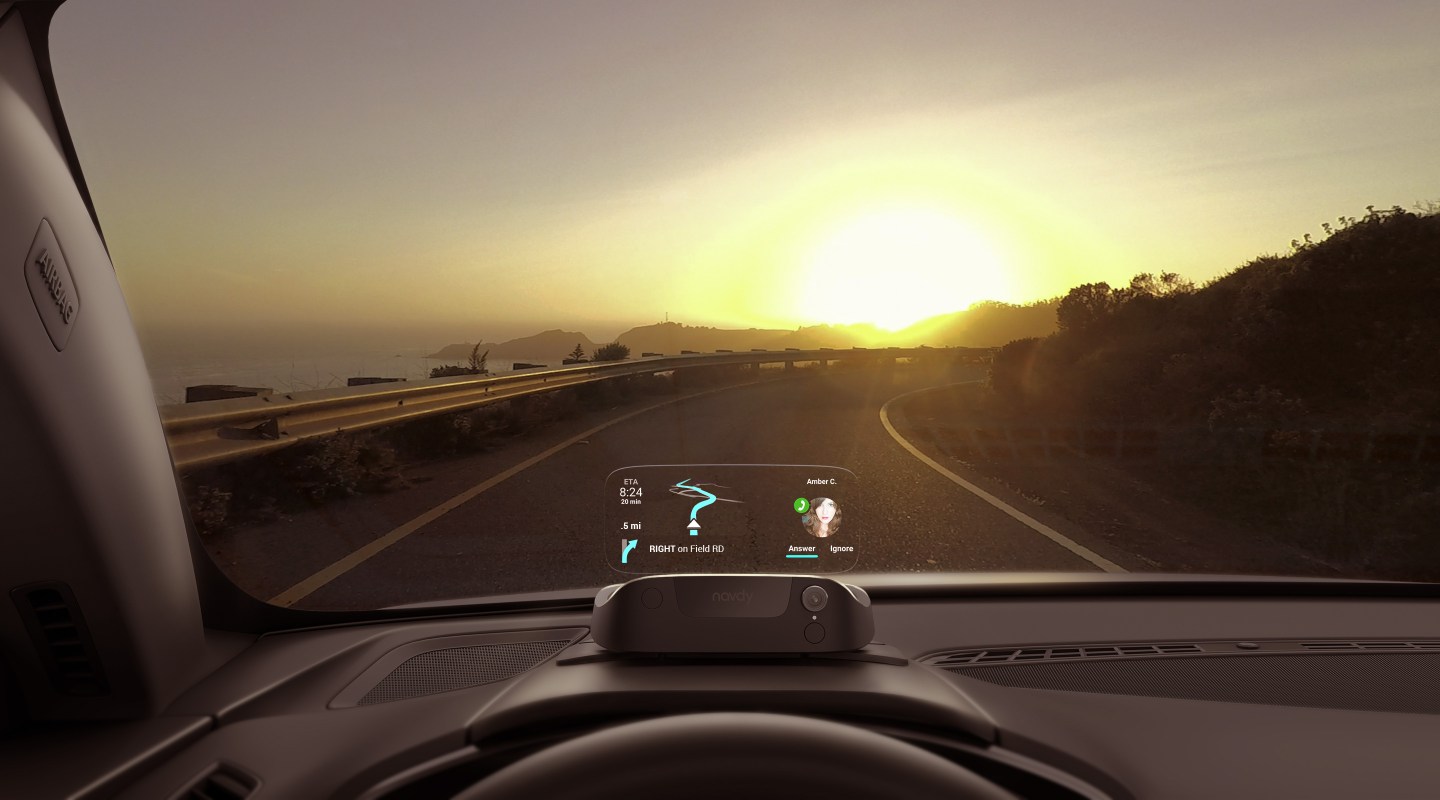 Navdy, the Silicon Valley startup that began selling its $799 futuristic heads-up digital display for cars less than two months ago, has been propelled into the automotive big leagues.

Harman International, the U.S. automotive technology manufacturer best known for its in-car audio and media systems, announced Tuesday it has made a strategic partnership and investment in Navdy.

As part of the agreement, Harman (HAR) will have exclusive rights to distribute a co-branded device to automakers, specialty auto and audio companies, and select mobile carriers.

Navdy and Harman didn’t disclose the specific investment amount. However, Navdy Co-Founder and CEO Doug Simpson told Fortune that the latest investment brings its total funding, to date, to $42 million.

A look back at the company’s previous funding rounds—$26.8 million in a Series A and early seed rounds—and it appears Harman likely invested about $15 million into Navdy. Previous investors in the startup include Eniac Ventures, Formation8, Promus Ventures, Qualcomm Ventures, and Upfront Ventures.

Navdy has put its own spin on the heads-up display that has paid off—far more than its CEO expected.

When the company began accepting pre-orders in August 2014, they had hoped to generate about $1 million in sales, Simpson said in a recent interview. Navdy ended up with almost $7 million in pre-order sales, about 20,000 units in all. The company has now shipped all U.S. pre-orders, Simpson added.

Even with its early success, the deal with Harman will give Navdy a new level of access to consumers and automakers.

More than 25 million vehicles on the road today are equipped with Harman’s audio and connected car systems such as embedded infotainment, telematics, connected safety, and security. Harman reported $7 billion in sales during the 12 months that ended Sept. 30, 2016. Nearly two-thirds of its sales are automotive-related.

The premise behind the device was to offer a heads-up display that could bring everything consumers loves about their phones and project it directly in a safe, easy-to-use way in cars they already own.

The company ended up creating a device that can broadcast phone alerts and text messages, map routes, and music information in a crisp image that seems to float right in front of the driver. The device, which consists of a small projector and a clear glass panel, sits on the car’s dashboard, just below the driver’s normal sight line. It’s plugged into the vehicle’s diagnostic port, which can also provide speed and engine information. (Read a full review here.)

Navdy also developed gesture recognition technology for the device. When a phone call comes and is projected to the screen, for example, drivers can simply wave their hands above the steering wheel to the left to answer it, or to the right to reject it. Users can also interact with the device via a small dial that is attached to the steering wheel.

In November, Samsung Electronics (SSNLF) announced it had agreed to buy Harman International Industries for about $8 billion. Harman will operate as a standalone Samsung subsidiary. Harman Chairman and CEO Dinesh Paliwal will continue to lead the company.