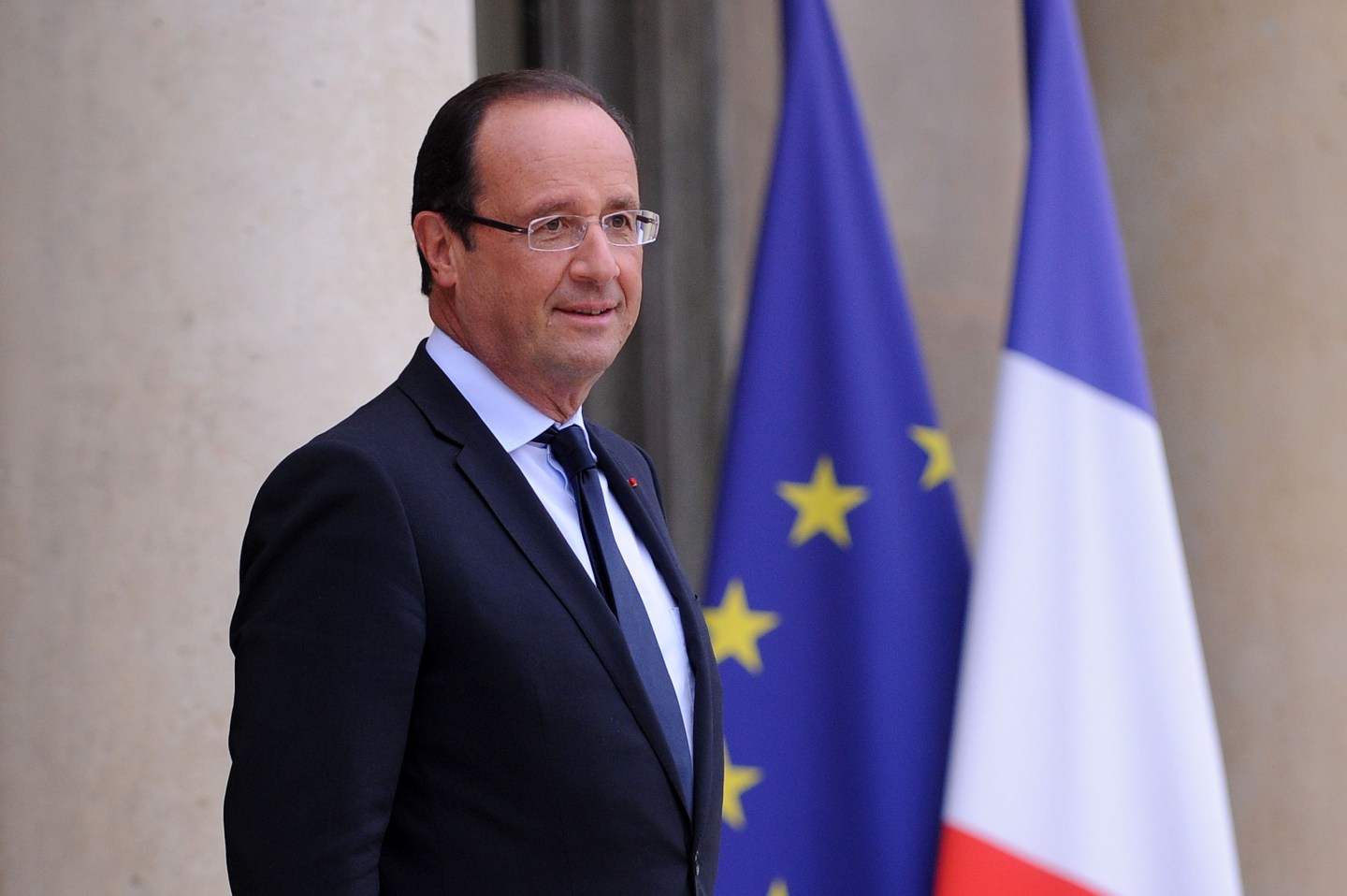 French voters elected Francois Hollande in 2012 on promises to fix the floundering economy. Five years on, he is leaving much unfinished work to his successor.

The unpopular Socialist leader, who said on Thursday he would not run in next April’s presidential election, can claim some success halting the economy’s decline after the financial crisis of 2008-2009, and improving the public finances.

But he has deeply frustrated voters with his lack of progress on growth and unemployment and left them bitter by landing households with the cost of reining in a budget deficit.

Once in office, Hollande hiked taxes on households by more than 50 billion euros ($53.4 billion)—2.5 percent of GDP—inadvertently snuffing out a nascent recovery in a move most economists now consider a mistake.

The unemployment rate has risen above 10%, while Hollande has failed to deliver the level of growth he promised at the start of his term in office.

Now with France having the highest tax burden in Europe at 47.9% of GDP and an ever-changing tax code, the next president will need to have fiscal reform at the top of their agenda, said Xavier Ragot, head of the OFCE economics think-tank.

“What we need is a solid tax reform that makes things simple, let’s have rates that everybody can understand and use other levers like public investment for economic policy,” he told an economics conference in Paris on Friday.

Italians Vote on Reforms; PM Renzi Vows to Quit If He Loses

The economy, along with security and immigration issues, is likely to play a major role in the presidential election. The center-right’s candidate Francois Fillon, a former prime minister, is the early favorite. He has cornered the economic agenda so far, with proposals to cut taxes by 50 billion euros, mainly by reducing companies’ tax bills.

Former Harvard economist Philippe Aghion, who once advised Hollande but is now critical of him over his tax hike, said Fillon’s platform was however still short of the details that could determine its success or failure.

He told the conference that the structural change envisaged by Fillon would need to be accompanied by a strong focus on job training as well as a shake-up of the labor market and tax code, otherwise the plans would not work.

Voters’ frustration over a lack of significant economic improvement over the past five years could bolster the electoral prospects of anti-immigrant National Front leader Marine Le Pen who promises a clean break with what she describes as the failed policies of mainstream parties.

“People want a storm to come and shake everything up. This desire is the simple result of inertia, an incapacity to act collectively that has become unbearable,” said economist Denis Kessler, who is also CEO of French reinsurer SCOR.

For more on European finance, watch:

Hollande’s government expects growth this year of only 1.4%—a far cry from the 2.5% he had set his sights on at the start of his term in office. The Organisation for Economic Cooperation and Development calculates the economy has lost its capacity to grow much faster on a sustained basis over the long-term without deep changes—estimating France’s “potential growth rate” at only 1.2%.

However, France could lift its growth potential if it used the breathing space offered by low borrowing rates to finance growth-friendly measures.

“(France should) use the window of opportunity for fiscal initiatives that have a key element not just of spending but also reducing taxes, altering the pension system and encouraging a structural change particularly in the labor market,” OECD chief economist Catherine Mann said.

That has helped halt the erosion of French companies’ profit margins and stabilize their share of non-euro zone markets after
years of decline though not enough yet to shift growth to a higher gear.

In the absence of more decisive measures, unemployment hasrisen over most of Hollande’s term and is only now beginning to
fall – too late to ease voters’ frustrations.