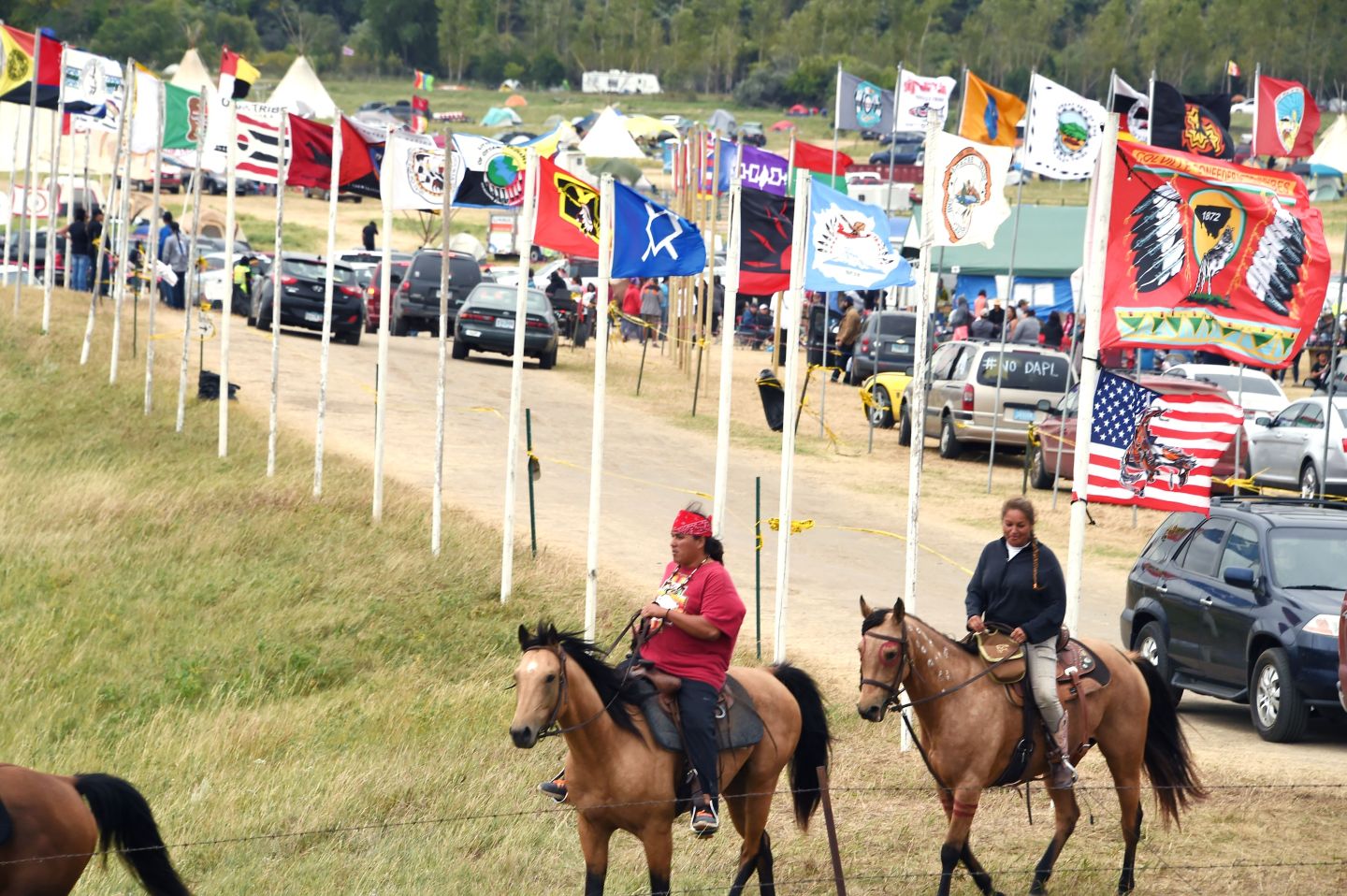 Flags of Native American tribes from across the US and Canada line the entrance to a protest encampment near Cannon Ball, North Dakota where members of the Standing Rock Sioux Tribe and their supporters have gather to voice their opposition to the Dakota Access Pipeline (DAPL), September 3, 2016. Drive on a state highway along the Missouri River, amid the rolling hills and wide prairies of North Dakota, and you'll come across a makeshift camp of Native Americans -- united by a common cause. Members of some 200 tribes have gathered here, many raising tribal flags that flap in the unforgiving wind. Some have been here since April, their numbers fluctuating between hundreds and thousands, in an unprecedented show of joint resistance to the nearly 1,200 mile-long Dakota Access oil pipeline. / AFP / Robyn BECK (Photo credit should read ROBYN BECK/AFP/Getty Images)
ROBYN BECK AFP/Getty Images

According to MSNBC, the Secretary of the Army Corps of Engineers has told Standing Rock Sioux tribal leader David Archambault II that it will deny the easement that would allow an oil pipeline to follow its currently planned route under the Missouri River.

The Corps of Engineers will now conduct an environmental impact study to determine an alternate route for the pipeline.

The decision marks a dramatic victory for thousands of activists who have gathered to physically block the completion of the pipeline, which they say threatens drinking water on tribal lands, and constituted a violation of tribal sovereignty. The pipeline was originally planned to run through Bismarck, North Dakota. That option was rejected by the Army Corps in part because of threats to drinking water.

Despite harsh winter weather, the protest camp has continued to grow, with thousands of veterans arriving to reinforce the camp last week. Clashes with police had turned violent in recent days, with law enforcement turning water hoses on protesters in below-freezing temperatures.

According to Reuters, North Dakota congressman Kevin Cramer responded to the Corps’ decision as one that “sends a very chilling signal” to anyone involved in U.S. infrastructure projects.

The Dakota Access Pipeline is a project of Texas-based Energy Transfer Partners.