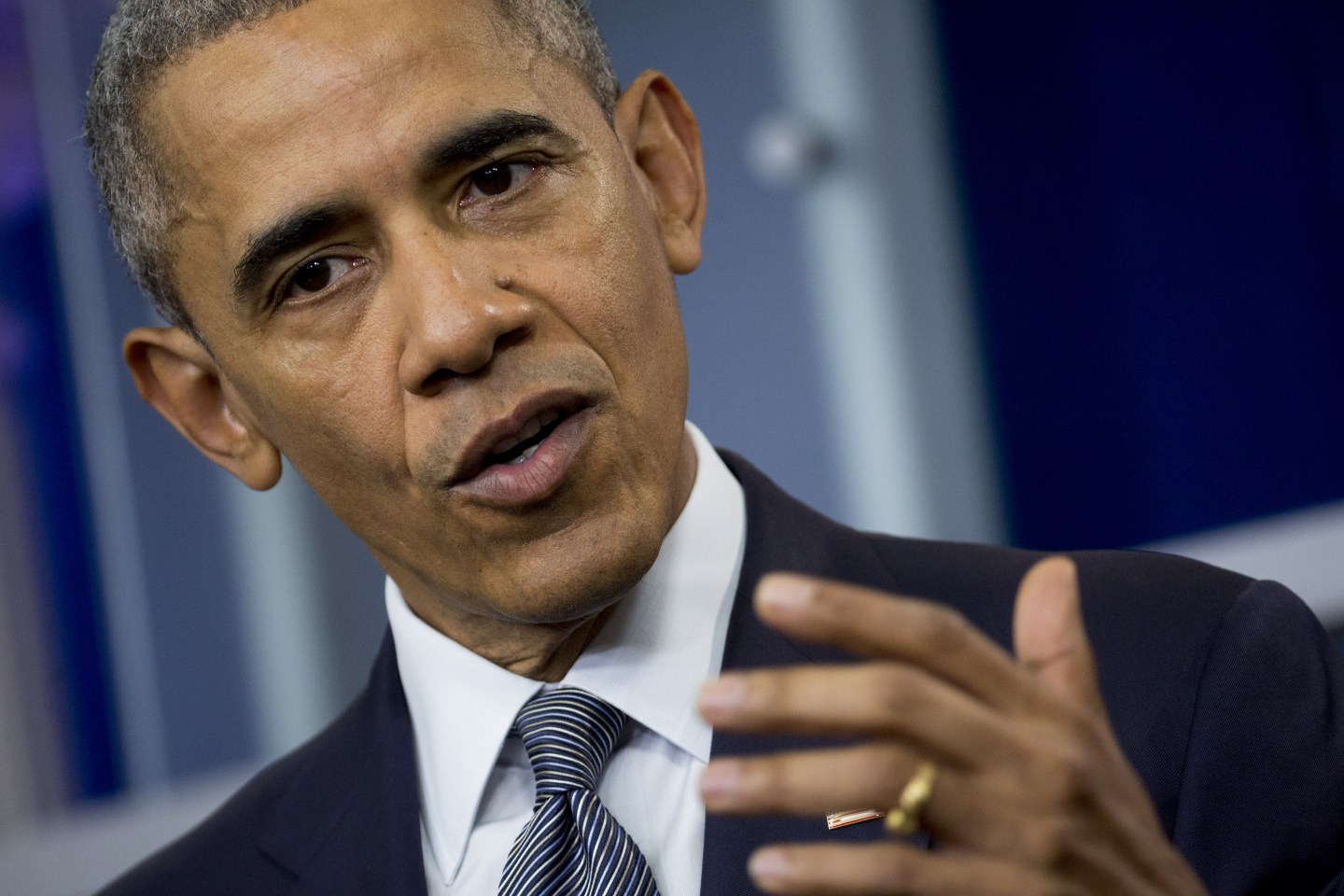 U.S. President Barack Obama speaks in the Brady Press Briefing Room of the White House in Washington, D.C., U.S., on Friday, May 6, 2016. The Labor Department on Friday said that U.S. employers added the fewest jobs in seven months in April amid subdued economic growth. Obama considers the economic recovery since he became president in 2009 to be the central achievement of his presidency. Photographer: Andrew Harrer/Bloomberg via Getty Images
Photograph by Bloomberg via Getty Images

Making good on a promise to pursue all possible legal avenues, the Department of Labor is appealing a temporary injunction placed by a federal judge last week on its new overtime pay rules.

The notice of appeal, filed by Secretary of Labor Thomas Peretz and representatives of the U.S. Department of Labor, aims to lift a temporary injunction against overtime changes that were scheduled to take effect December 1. The appeal was filed in the U.S. Court of Appeals for the Fifth Circuit in New Orleans.

Those overtime changes, announced by the DOL in May, would have increased the salary threshold for overtime pay to $47,476, nearly double the level that’s been in place since 2004.

Any employee who earned under that amount would have been owed overtime, or time-and-a-half, for working more than 40 hours a week. The move was expected to increase wages and earnings for some 4.2 million workers, according to the DOL.

The sudden about-face has created confusion for thousands of small businesses who rushed to comply with the new regulations by either switching workers to hourly compensation schedules form salaried positions, or by giving existing workers raises above the new threshold.

Twenty-one states and 50 business groups including the U.S. Chamber of Commerce and the National Federation of Independent Business filed two separate suits against the Obama Administration over the regulations. They were joined by Judge Amos Mazzant, of the U.S. District Court for the Eastern District of Texas. In his November 22 ruling, Mazzant said the Obama Administration had exceeded its executive authority both in the amount by which it raised overtime salary thresholds, and by requiring new increases every three years, indexed to inflation.

Related: Overtime Rules in Limbo: What Businesses Should Do Now

The appeals process could stretch into the first quarter of 2017, legal experts said, and a decision could be challenged.

“Depending on what happens at the Fifth Circuit, more uncertainty is possible if either side appeals the decision to the Supreme Court,” says William Tarnow II, chair of the labor and employment practice group at Neal Gerber & Eisenberg in Chicago.