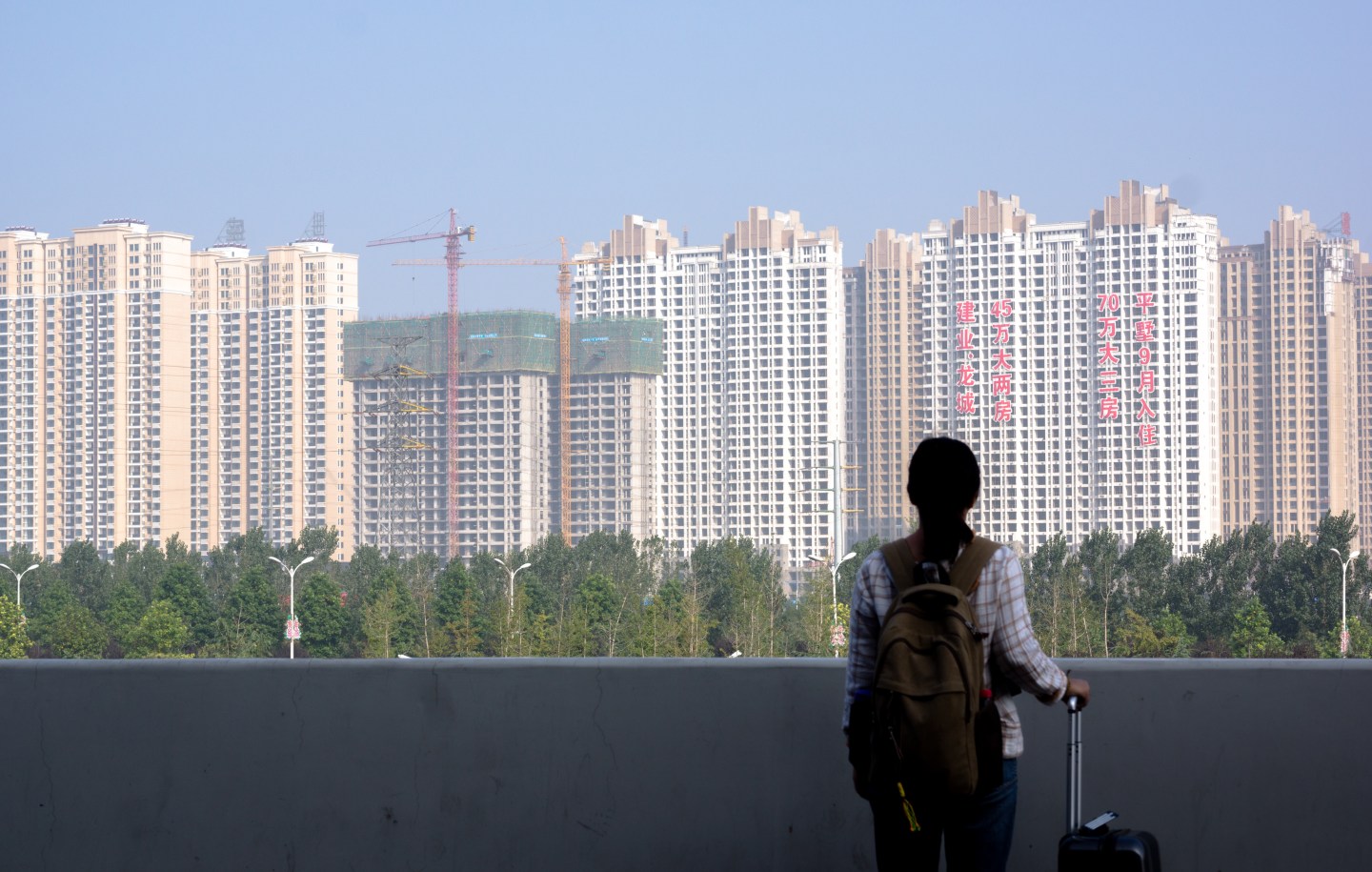 LUOYANG, HENAN, CHINA - 2014/09/30: A large area of new apartment blocks have been built around the Luoyang Longmen High Speed Railway Station, which was once rural farmland. According to the housing index issued in Sept, the average price of a new residential in China has continuously decreased for the fifth straight month. Many middle sized cities have cancelled the limit policy and the government is considering modifying the mortgage lending measures for first-home buyers to stimulate the market. (Photo by Zhang Peng/LightRocket via Getty Images)
Photograph by Zhang Peng/ LightRocket via Getty Images

“Those over-valued property markets are highly likely to see a slowdown in price growth or even a downright price fall, for which we should be on high alert,” the think tank said.

The National Academy of Economic Strategy, a part of the Chinese Academy of Social Sciences (CASS), warned in a report dated Nov. 30 that an “overcorrecting” property market would drag on economic growth and impair financial stability.

It said short-term housing policies should be improved to guide a “soft landing” for the property market.

Home and residential land prices have soared in many parts of China this year, prompting authorities to impose a range of restrictions on buyers and curbs on developers’ ability to raise funds.

Shanghai and Tianjin, which were among a number of China’s first- and second-tier cities that adopted extensive tightening measures during the first week of October, introduced fresh steps this week in what’s been dubbed the “third wave” of tightening measures.

The academy’s report said price growth and cumulative property market risks in this year’s booming cycle have both been greater than seen in 2010, the year before the market deflated in 2011 when the government introduced multiple curbs to tame soaring prices.

China has been through four rounds of major property market corrections in the past decade, said Julia Wang, Greater China economist at HSBC global research in Hong Kong.

However, those corrections were relatively mild and house prices have been rising steadily especially in the bigger cities, official data from the National Bureau of Statistics showed.

Despite concerns about growing risks, overall property risks at the national level are still “controllable,” the report added, citing reasons such as the availability of “many tools” to adjust the market, without elaborating on specific options.

Ding Ruxi, a researcher at the academy, said the method of of measuring 35 major cities is well established, which covers 23 provincial capitals, five municipalities, and a few other major centers.