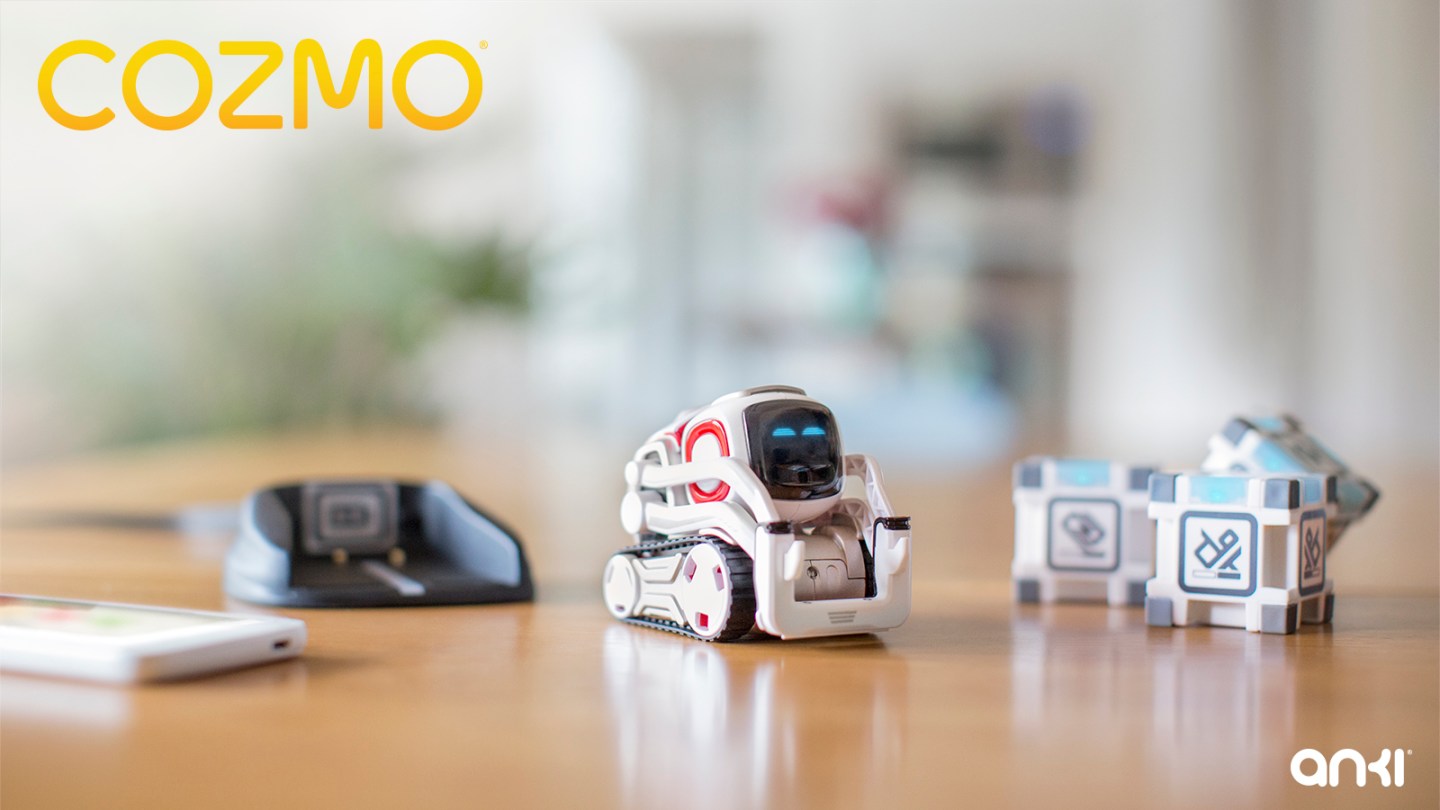 The first thing I learned about Cozmo is that it doesn’t like to stay put very long. Roused from slumber, the little robot’s face illuminates, and it begins zooming around the table in front of me. A moment later, it notices I’m watching and turns to greet me, saying my name with a computerized chirp.

Cozmo, which came out on Oct. 17, is the latest toy from six-year-old San Francisco startup Anki. It’s also an attempt to bring the burgeoning fields of robotics and artificial intelligence to consumers. While companies large and small work on both, applications tend to be in high-end computing, defense and government. Anki is betting toys will give the technologies a foothold at home. And Gartner predicts sales of such smart toys will grow, globally, from 8 million units this year to 421 million by 2020.

Toymakers have been cramming circuit boards and wireless chips into their products for years. Mattel and Hasbro, for example, sell high-tech versions of classics Barbie and Furby. But toys like Cozmo differ in the way they interact with the people and objects around them, changing their behavior over time as their software “learns.” Right out of the box, cameras and sensors allow Cozmo to recognize individuals, avoid falls or bumping into obstacles and play simple games like keep-away. But Anki says it will evolve; in December it will be able to recognize pets and learn new words. “Every input trigger, no matter what happens to him, will influence his future behavior,” says Hanns Tappeiner, Anki’s president.

The company’s three co-founders came up with the idea for Anki in 2008 as Ph.D. candidates in Carnegie Mellon’s robotics program. Their first product–phone-controlled race cars that can avoid crashing into one another–came out in 2013. But over the past two years, they became convinced that creating a character with personality would bridge the gap between robots and humans.

For more about toys, watch:

To do that, Anki studied characters from kids’ movies and hired animators from Pixar and DreamWorks. But animating a toy is challenging, since its creators can’t account for every possible real-world scenario. “Things are not linear like they will be in film,” says Carlos Baena, an Anki animator who worked on the Pixar films WALL•E and Toy Story 3. “Now it becomes this very complex tree branch of options.”

Anki has to prove that Cozmo’s charisma will win over parents. The robot costs $180. Disney canceled its line of Infinity smart toys earlier this year after sales flagged. Still, like Anki, many people believe that the cuteness factor will go a long way toward popularizing home robots.”Kids in general will be way more accepting,” says Gerald Van Hoy, a senior research analyst for Gartner. “It’s a huge market–as soon as the right kind of device comes along.”