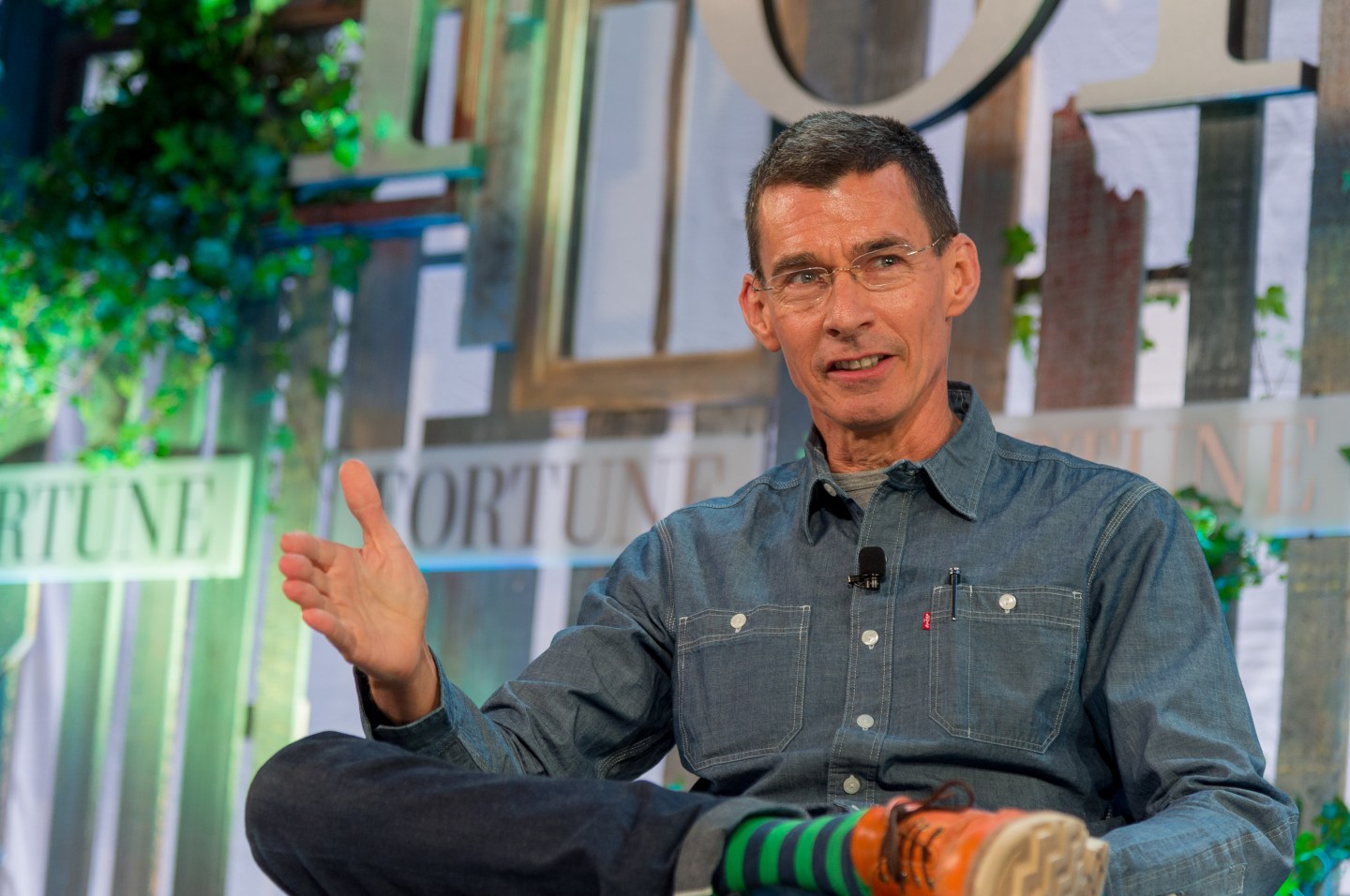 A few weeks after a deeply divisive election campaign might not seem like the most opportune time for a retailer to step into that hottest of debates in America: gun rights.

But the tense political climate hasn’t stopped Levi Strauss & Co from asking customers to refrain from bringing guns into its U.S. stores even when local law allows them to.

Levi Strauss Chief Executive Chip Bergh made the request in an open letter to customers posted on LinkedIn on Wednesday, aware of the potential to anger many customers, and is seeking to reassure them by saying the move is all about safety and not a political statement.

“It’s not an anti-Second Amendment thing,” Bergh told Fortune in an exclusive interview. The denim apparel maker stopped short of issuing an outright ban on firearms.

Bergh’s post comes just a few weeks after a customer carrying a handgun accidentally shot himself inside a Levi’s store in Commerce, Georgia, sustaining a non-life threatening injury. What’s more, Bergh says that a number of store workers have expressed concern as more customers have brought their weapons into Levi’s stores.

“You don’t need a gun to try on a pair of jeans and it’s really out of respect for the safety of our employees and consumers shopping in our stores,” says the 59-year-old vegan and former U.S. Army captain. Bergh, who is not a gun owner, noted with pride that he has fired weapons countless times and surmised he could still clean a gun blindfolded as he could in his military days.

In the open letter, Bergh notes that Levi’s has locations in a number of cities that have seen mass violence in the last 13 months.

“With stores in Paris, Nice and Orlando, and the company’s European headquarters in Brussels, I’ve thought more about safety in the past year than in the previous three decades of my career because of how ‘close to home’ so many incidents with guns have come to impacting people working for this company,” he wrote.

The post comes at a time of record and rising gun ownership in the U.S. The number of checks on prospective gun buyers by the FBI’s National Instant Criminal Background Check System, a good proxy for gun sales, reached 22.2 million this year through October, putting it on track to smash last year’s all-time record of 23 million.

For retailers and restaurants, taking any stand on the hot-button issue of gun control is fraught with risk: they can easily offend a big part of their clientele, but at the same time, the sight of rifle-toting men can unnerve other customers. And apart from race, there is perhaps no debate more fractious in the U.S. than the one surrounding gun control.

Starbucks (SBUX) learned that in 2013 when it requested, following a spate of mass shootings, that customers visiting its stores keep their guns at home or in their car. The request was met with boycott threats from both sides of the debate.

Bergh says he consulted Starbucks as he crafted his message, and concluded that most boycott threats around this topic ultimately blow over.

Still, the policy is not without risk. In today’s environment, even fake news can create a controversy as it did with PepsiCo CEO Indra Nooyi this month: the beverage maker was targeted by online boycotts inspired by false reports—incendiary, anti-Trump comments that Nooyi never actually made. Two years ago, a few weeks after photos of shoppers toting semi-automatic assault rifles in the baby aisle of a Target store, the discount retailer asked customers not to bring firearms into stores, setting off controversy and boycott threats.

Bergh recognizes the potential hazards, perhaps all the greater now given how heated political discouse has become. “I’m not naive enough to expect that nothing will come of this. We are standing up for something we think is right,” he says.

Similarly to Starbucks’ approach, the request, made in 2013 by CEO Howard Schultz in the form of an open letter, is just that: a request. Bergh says he doesn’t want to put store workers in a position of having to enforce any rule, lest they confront armed customers, something he says would defeat the purpose of the request.

“The way to do this is with respect for gun owners,” Bergh says.

Here is the text of Bergh’s open letter to customers:

“An Open Letter to Customers: Our Weapons Policy”
November 30, 2016

The debate in the U.S. over gun safety and gun rights is as complex as it is divisive. As a former army officer, a father and business leader, I’ve heard the arguments from all sides. And, as CEO of a 163-year-old company whose products and presence rest at the intersection of culture and community in more than 110 countries around the world, I feel a tremendous responsibility to share our position on the issue, now, at a time when clarity is paramount.

Providing a safe environment to work and shop is a top priority for us at Levi Strauss & Co. That imperative is quickly challenged, however, when a weapon is carried into one of our stores. Recently, we had an incident in one of our stores where a gun inadvertently went off, injuring the customer who was carrying it.

So, while we understand the heartfelt and strongly-held opinions on both sides of the gun debate, it is with the safety and security of our employees and customers in mind that we respectfully ask people not to bring firearms into our stores, offices or facilities, even in states where it’s permitted by law. Of course, authorized members of law enforcement are an exception.

With stores in Paris, Nice and Orlando, and the company’s European headquarters in Brussels, I’ve thought more about safety in the past year than in the previous three decades of my career because of how ‘close to home’ so many incidents with guns have come to impacting people working for this company.

We operate in hundreds of stores across every state in the U.S., and laws are different in each one. We know that the presence of firearms in our stores creates an unsettling environment for many of our employees and customers. We also know that trying to enforce a ban could potentially undermine the purpose of the ban itself: safety. With that in mind we’ve made this decision as a business – a request not a mandate – and we sincerely hope responsible gun owners will respect our position.

It boils down to this: you shouldn’t have to be concerned about your safety while shopping for clothes or trying on a pair of jeans. Simply put, firearms don’t belong in either of those settings. In the end, I believe we have an obligation to our employees and customers to ensure a safe environment and keeping firearms out of our stores and offices will get us one step closer to achieving that reality.