Why the Health Industry Is Calm Despite Trump’s Obamacare Threats 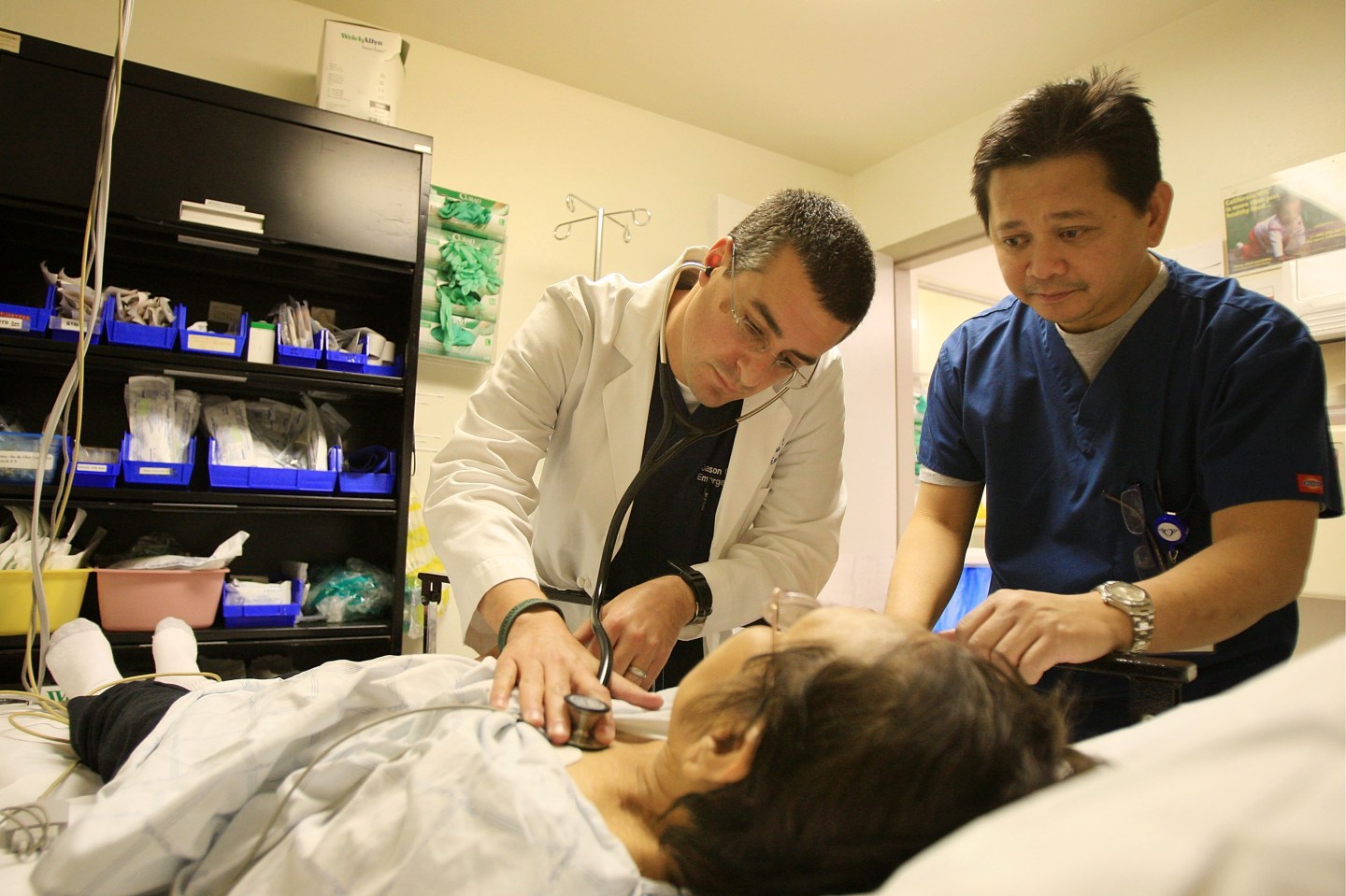 Hospitals and health insurers are gaining confidence that their nightmare scenario—millions of Americans instantly losing health insurance once President-elect Donald Trump delivers on a promise to “repeal and replace” Obamacare—is looking more like a bad dream than becoming reality.

But Trump’s picks to head the U.S. health department and its top regulator on Tuesday, along with his recent softening on some aspects of the existing law, is a sign to some sector insiders that instead of chaos, an orderly transition of up to three years to replace it with a plan that healthcare companies actually want could be in store.

Trump tapped Republican Representative Tom Price, an orthopedic surgeon who drafted legislation years ago to replace the Affordable Care Act (ACA), as head of the U.S. Department of Health and Human Services. Consultant Seema Verma, who helped Vice President-elect Mike Pence create a Medicaid expansion plan in Indiana, is his choice to lead the Centers for Medicare and Medicaid Services. Both must be confirmed by the U.S. Senate.

Democrats bemoan the choices, saying they will gut the 2010 law that gave insurance to about 20 million people through the creation of new individual health insurance and the expansion of Medicaid for the poor.

But some healthcare companies, including insurers, doctors groups and hospitals, said they were encouraged by the appointments of experienced healthcare insiders.

“From our standpoint, we want to make sure that as many people as possible maintain (insurance) coverage,” said Dr. Mario Molina, CEO of Molina Healthcare (MOH), which provides Medicaid and Obamacare individual insurance plans. “I think the pieces of the healthcare puzzle are kind of coming together for us now.”

That picture looks increasingly like lawmakers will bring Trump a “repeal” bill in January that lays out at least a two-year timeline for changing the law. House Majority Leader Kevin McCarthy said Tuesday that the House would start working on repealing and replacing Obamacare “right away,” but with a transition period to allow changes to be phased in over time.

That period could be up to three years, warned Senate Finance committee Chairman Orrin Hatch, in order “to work through the problems.”

Kathleen Harrington, chair of Policy of Government Relations for the Mayo Clinic, said so far she likes what she hears from Republicans on changes to health insurance.

“We are very encouraged with the approach we’re hearing so far from President-elect Trump in terms of having a focused review and removing certain parts of it,” she said.

The key for Republicans is shifting the bulk of the oversight of individual insurance and the Medicaid program to the states, and changing the way both are funded.

Insurers, who currently submit individual plans to both the state and the federal government, say this will allow them to sell more flexible health plans. For hospitals, the Verma appointment and Pence’s Medicaid expansion in Indiana are signs that one of their major sources of government reimbursement for medical services could continue to grow.

To be sure, it remains unclear what the overall impact will be on Medicaid and Medicare going forward. Both insurers and hospitals are watching for any negative impact from any changes, and anticipated cuts in funding.

Investors have already been playing the winners and losers of reforming health insurance. The Nasdaq Biotechnology index has gained 7% since Trump was elected as the possibility of Hillary Clinton enacting new legislation on drug pricing disappeared. On the other hand, shares of hospital chains have sold off sharply, including a 26% decline for Tenet Healthcare (THC), on the fears that millions of newly uninsured patients will need care but not be able to pay their bills if and when the ACA is repealed.

Pence, who is expected to take a large role in shaping the administration’s healthcare policy, backed a plan in Indiana developed by Verma in which beneficiaries contribute to the cost of their healthcare.

“It’s pretty clear that she is on the side of expanding Medicaid, but putting some conditions on it,” said Joseph Antos, a health policy expert at the conservative American Enterprise Institute. Antos expects the replacement plan to also include individual insurance that has a form of Federal subsidies, as envisioned in House Speaker Paul Ryan’s proposed plan to replace Obamacare.

AgileHealthInsurance.com, which sells short-term health insurance plans that are allowed to exclude benefits guaranteed under the ACA, expects the law to allow more choice so that insurers can design cheaper plans to hit a certain price point of $100 per month or $200 per month, as they did before the ACA, according to executive director Sam Gibbs.

Prices of Obamacare insurance rose about 25% for 2017 and large insurers including UnitedHealth Group (UNH) have abandoned plans for next year, saying that they are losing too much money on sick customers.

Under Price and Verma, it could be the states once again making most of the decisions about mandatory benefits with the Federal government providing only a broad framework, Gibbs suggested.

At benefits company Stride Health, which sells and manages healthcare benefits to “gig” workers like Uber drivers, CEO Noah Lang said that he would want to be sure that the replacement plan has tax credits available to people as they need them, rather than at the end of the year only.

The Ryan plan, known as A Better Way, envisions block grant funding for Medicaid, the creation of vouchers for Medicare coverage, and the elimination of the advance paid premium subsidies for individual insurance. It is seen as the foundation of the eventual plan. Some Republican lawmakers hope that this new health reform law will get Democratic support and pass the 60-vote threshold in the Senate.

Price, who has presented his own replacement plan, is now turning to a job of managing a massive agency that oversees the U.S. Food and Drug Administration, Medicare, Medicaid, the Children’s Health Insurance Program and other programs, and will be tasked with implementing what Congress ultimately sends him, Childs said.

“The relevant thing is the Ryan plan and what elements of that can be put into law,” Childs said.