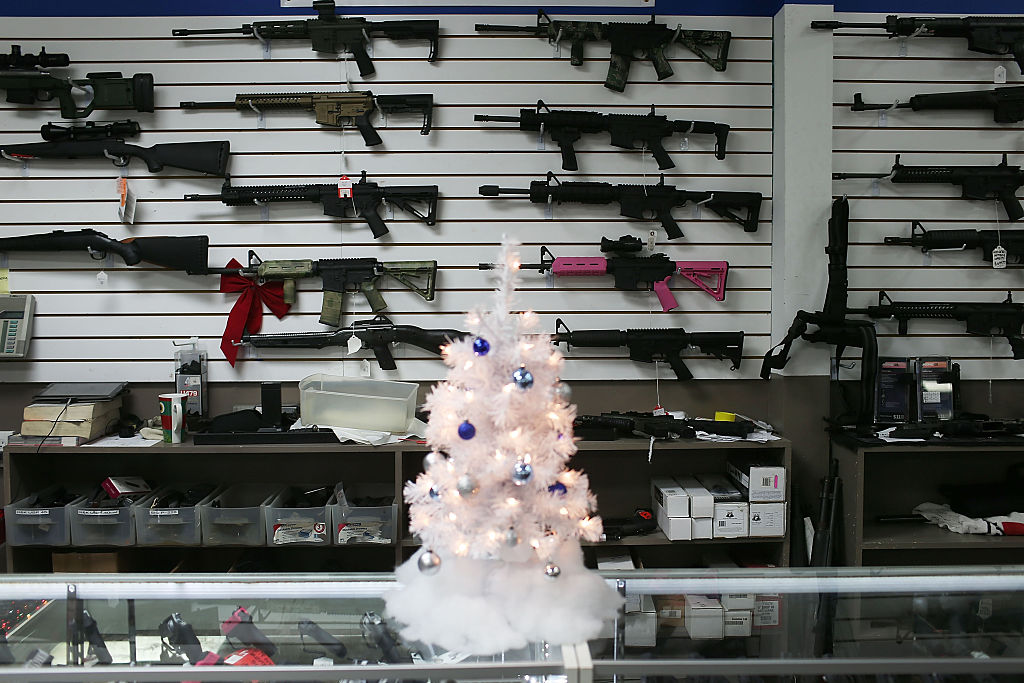 A Christmas tree is seen at the National Armory gun store on December 23, 2015 in Pompano Beach, Florida.
Joe Raedle—Getty Images

Gun background checks in the U.S. hit a record number on Black Friday, the FBI said.

The bureau processed 185,713 background checks for gun buyers through the National Instant Criminal Background Check System, about 400 more checks than it did on the same day in 2015, the FBI’s Stephen Fischer said.

Background checks take place every time someone tries to purchase a gun from a federally licensed dealer and are seen as a proxy for tracking the number of guns sold in the U.S.

Gun sales are usually high on Black Friday because of steep discounts, although sales expectations for the 2016 holiday season are low since Donald Trump—a gun rights supporter—won the presidential election. Prior to the election, gun enthusiasts bought a record number of pistols and rifles in fear that Hillary Clinton would win the election and restrict ownership laws.

Despite the drop-off in sales following the election, gun dealers have said purchases are regaining momentum.