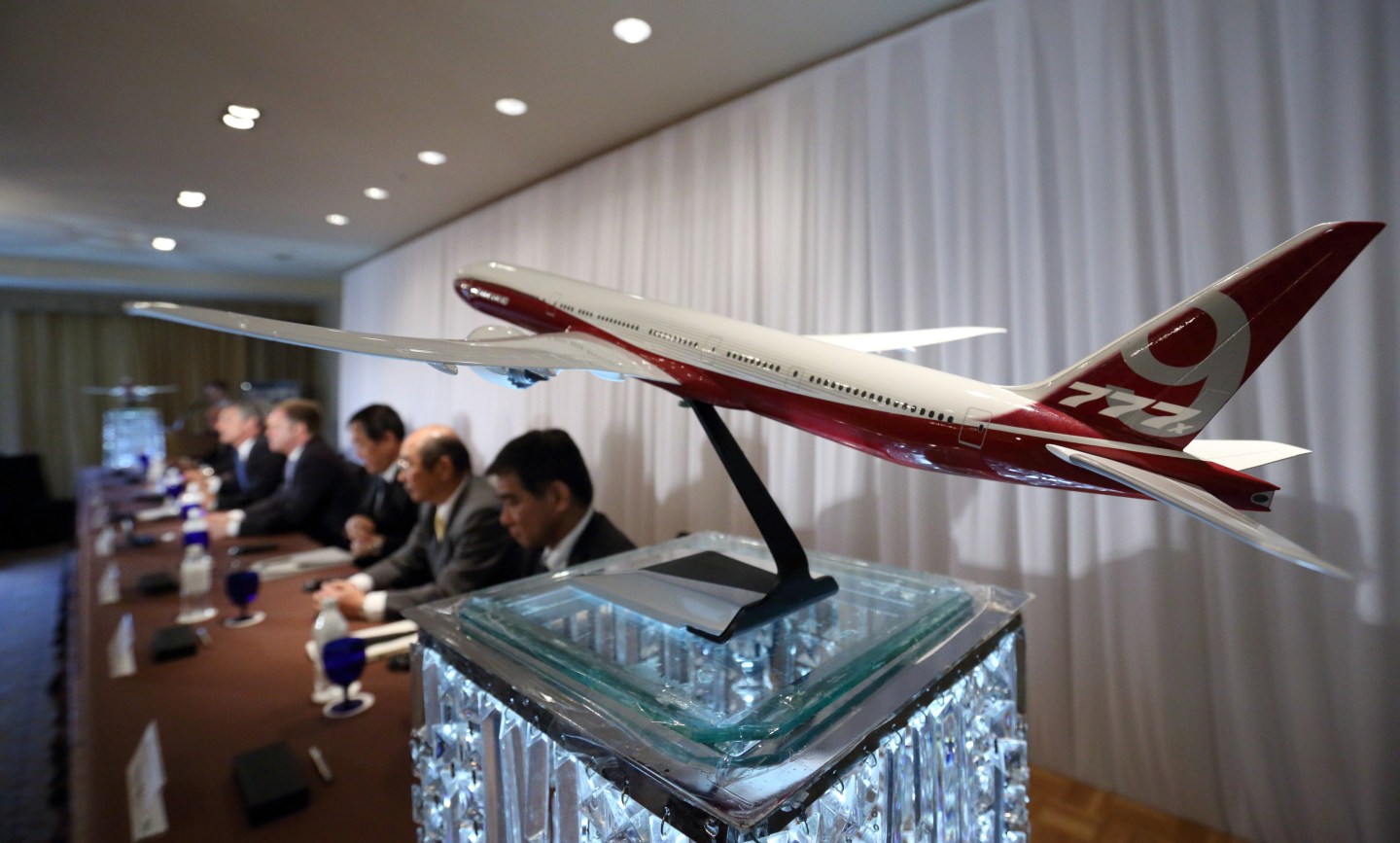 The World Trade Organization (WTO) ruled on Monday a tax break from Washington state to help Boeing develop its new 777X jetliner was a prohibited subsidy, in a setback for the U.S. plane maker as it eyes victory in a parallel case against Airbus.

The WTO said the subsidy came in the form of a renewed cut in Washington state’s main business tax for aerospace agreed in 2013, when Boeing was considering where to base assembly of the latest member of its long-haul jet family.

It is the third swathe of taxpayer support for Boeing or its European rival Airbus faulted by the WTO in a record transatlantic trade spat dating back 12 years, and involving mutual accusations of tens of billions of dollars of aid.

The ruling, which can be appealed by either side, comes as the United States ponders the first sanctions against the European Union in more than a decade over earlier subsidy rulings against Airbus.

The WTO did not give a value for the banned aid in its latest ruling, but the EU estimated it at $5.7 billion out of an $8.7 billion tax package in Washington, where most Boeing factories are based.

Airbus said the measures had cost it $50 billion in sales.

Boeing said the aid in question would only kick in from 2020 and would be worth $50 million a year, a fraction of the total amount at stake in the world’s largest trade dispute.

The WTO backed EU claims that another six measures provided subsidies to Boeing, but rejected European arguments that these fell into the most toxic category being reviewed by its panel.

It urged the United States to withdraw the prohibited subsidy in 90 days, but did not say how this should be done, prompting immediate discord between U.S. and European representatives about how much the planemaker would have to give up and when.

Seizing on previous U.S. statements that Airbus subsidies originally deemed prohibited – but later watered down on appeal – should be repaid to taxpayers, European sources said Boeing would now have to forego billions of dollars in aid.

They also zeroed in on “program accounting” methods used by Boeing, which they said had already allowed it to factor in the future support for the 777X even before money had been received.

Under the same system, Boeing would have to adjust its accounts sooner rather than later to reflect new risks resulting from the WTO finding, they argued, in what would be the first direct impact of the marathon case on investors.

The European Commission urged the United States to remove the prohibited aid “without delay.”

Boeing officials and lawyers, however, played down the prospect of having to pay back any support, noting there was no money to discuss until deliveries of the new jet start in 2020.

They said they were confident the ruling would be overturned on appeal and insisted the tax breaks were dwarfed by $22 billion in subsidized loans by European governments to Airbus, adding these could spark U.S. retaliation within a year.

Investors, too, seemed skeptical about the prospect of any near-term financial hit, sending Boeingshares down just 0.3 percent, in line with the market.

“We expect little material impact on either Boeing or Airbus from WTO rulings,” Bernstein analysts said in a note.

On paper, the ruling is however seen as a step backwards for the United States because the WTO had earlier ruled that a previous version of the same tax breaks had fallen into a weaker category of subsidies, which the Geneva watchdog treats less harshly.

Under WTO rules, subsidies that are explicitly tied to exports or, in this case, the use of local content are banned.

European officials argue Boeing fell into a prohibited subsidy trap of its own making when state lawmakers insisted on locking Boeing into Washington more clearly than before, after Boeingaccepted earlier tax breaks only to move work elsewhere.

In 2013, Washington lawmakers extended the tax breaks from 2024 to 2040 but said they would end support for any new version of jet if its body or wings were assembled outside the state.