Amazon Is Already Boasting Its Best Cyber Monday Ever 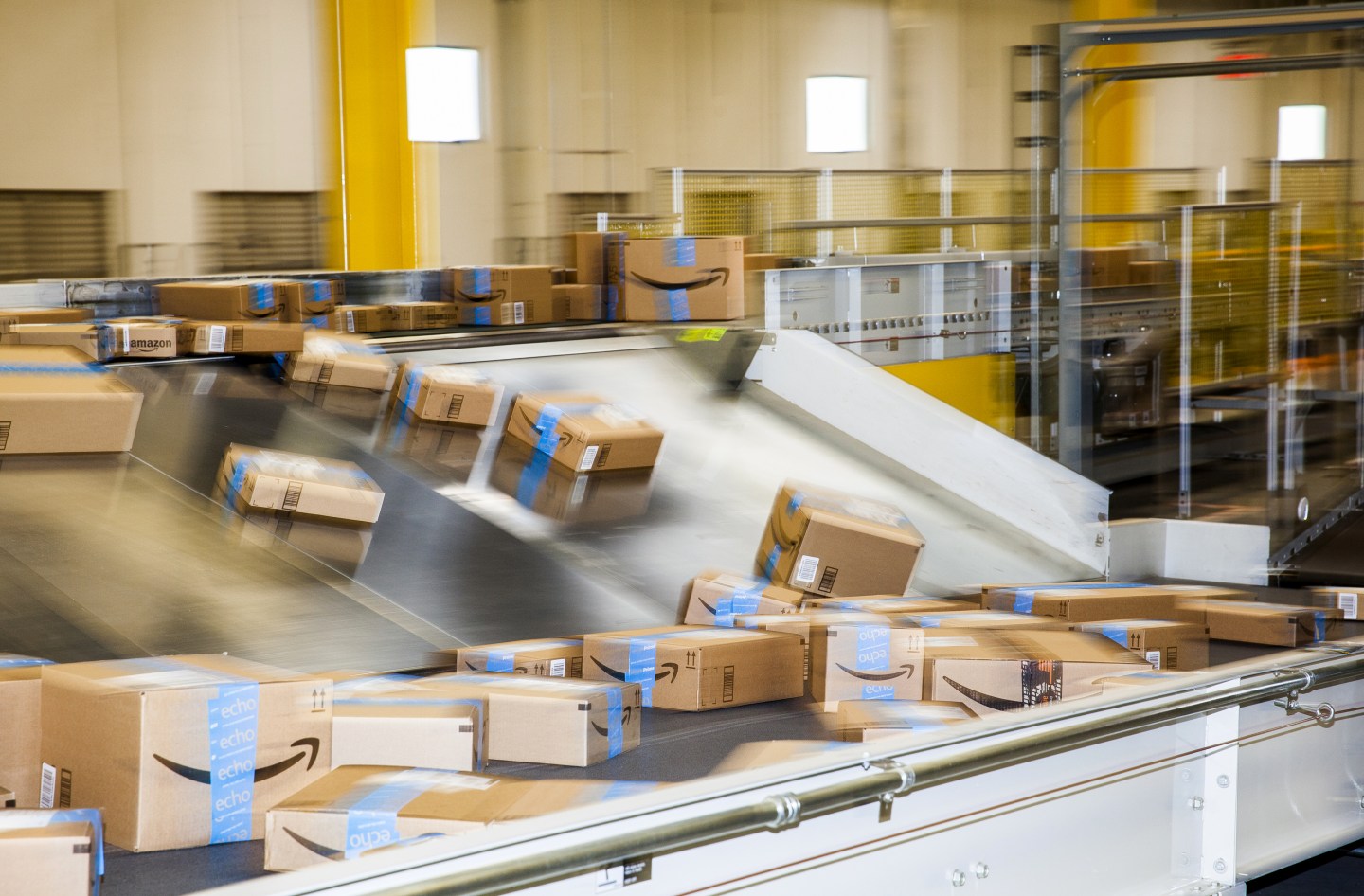 Boxes move along a conveyor belt inside an Amazon.com Inc. fulfillment center in Robbinsville, New Jersey, U.S., on Monday, Nov. 28, 2016. In 2005, retailers coined the term "Cyber Monday" to describe a surge in web purchases on the first work day after Thanksgiving by people who had spent the weekend browsing in stores. Now, increasing number of online shoppers, particularly those buying over their phones, are skipping the stores entirely. Photographer: David Williams/Bloomberg via Getty Images
David Williams — Bloomberg via Getty Images

Amazon is on track to have its best Cyber Monday in history in terms of sales, the company said Monday. Of course, in typical Amazon (AMZN) fashion, the Seattle company did not release any sales figures to back up its claim.

Cyber Monday is expected to hit record online sales of $3.3 billion in the U.S., a figure that’s up nearly 10% from last year.

Amazon didn’t release much data on what is selling well, but the company did report its best-selling item on Thanksgiving, Black Friday, and Cyber Monday so far is the Echo Dot, the company’s internet-connected home automation device.

One possible reason for the increased sales could be mobile shopping. Orders through the company’s Amazon’s iPhone and Android app are on pace to surpass app orders compared to Cyber Monday last year. The company also said that Thanksgiving Day became one of its busiest mobile shopping days in history.

Despite these optimistic reports, Amazon’s stock still dropped just under 2% in trading on Monday. According to Marketwatch, Amazon’s stock has dropped six out of the past 11 Cyber Mondays.

Holiday season consumers have been spending record amounts online this year, especially on mobile phones. But it’s not just e-commerce only companies that are seeing strong levels of spending. Target (TGT) also reported record online sales for Thanksgiving, as did Kohls.