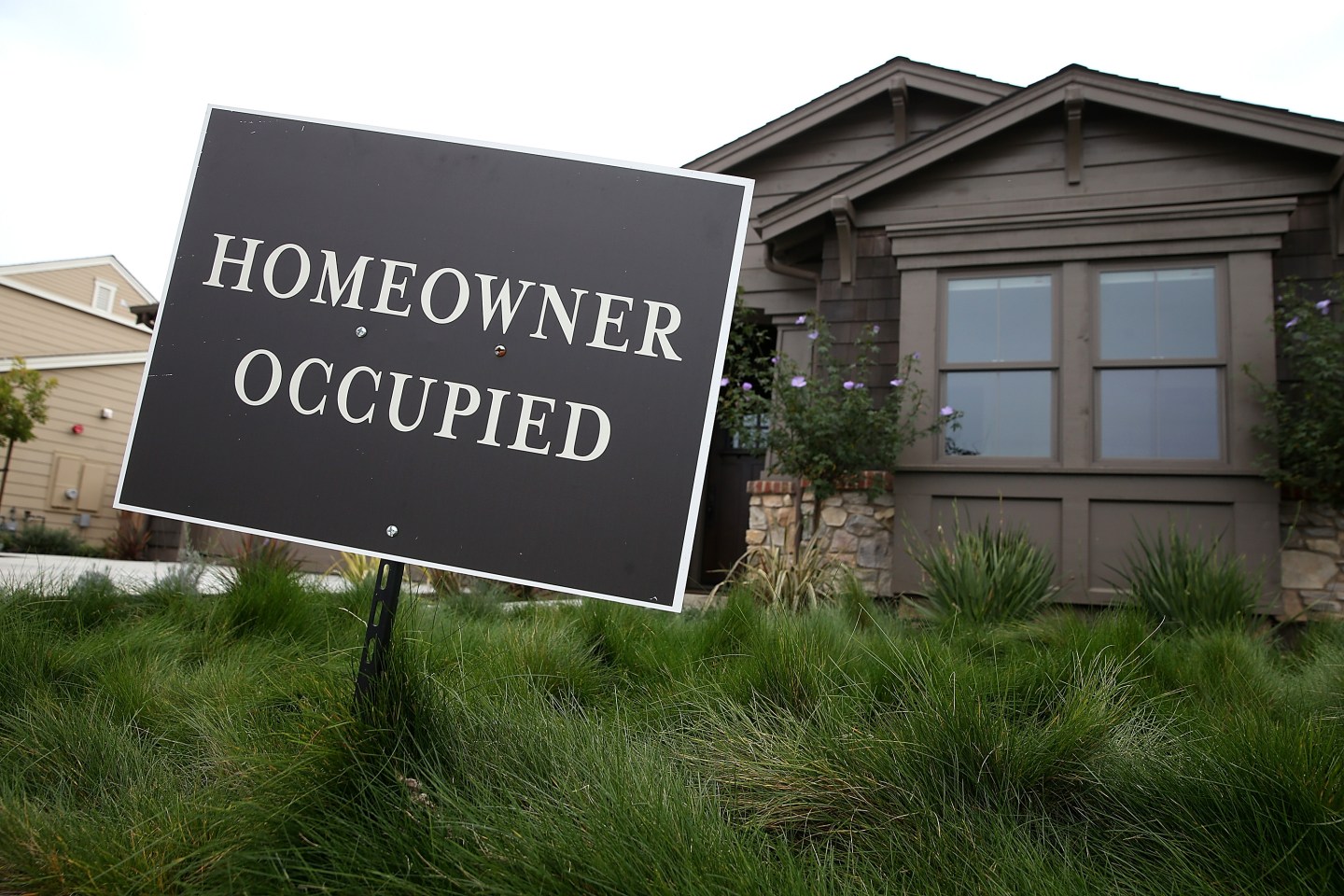 The effects of Donald Trump’s election has driven consumers into a home buying spree.

The number of U.S. mortgage applications rose sharply in the week following the election, as homebuyers expect the cost of buying their home—or more precisely, the cost of borrowing funds to finance their home ownership—to get even more expensive under Trump’s presidency, according to the Mortgage Bankers Association.

“Mortgage rates have continued to move higher in the post-election period, as investors worldwide are looking for increases in growth and inflation, with the 30-year mortgage rate reaching its highest weekly average since the beginning of 2016,” said Michael Fratantoni, Chief Economist at the Mortgage Bankers Association in a statement. “The increase in purchase activity was driven by borrowers seeking larger loans and that drove up the average loan amount on home purchase applications to $310 thousand, the highest in the survey, which dates back to 1990.”

Investors are predicting more inflation and more economic growth largely thanks to Trump’s promises to lower taxes, issue more public debt, and increase spending. In turn, analysts are also anticipating further rate hikes from the Federal Reserve in December, and throughout 2017. The conflation of these factors are expected to push the mortgage rate upward.

Already, the cost of a mortgage has surged since Trump’s election. According to mortgage finance agency, Freddie Mac, the average interest rate on the U.S. 30-year fixed-rate mortgages rose to its highest in 16 months: 4.03% for the week ending Nov. 23, up from 3.94% the week earlier.

But that means Trump’s presidency could also help boost the slowly recovering housing market in the near term. In October, new home sales fell 1.9% to a seasonally adjusted annual rate of 563,000 units, the Commerce Department reported Wednesday.