Self-Driving Cars Will Soon Hit the Streets of Boston 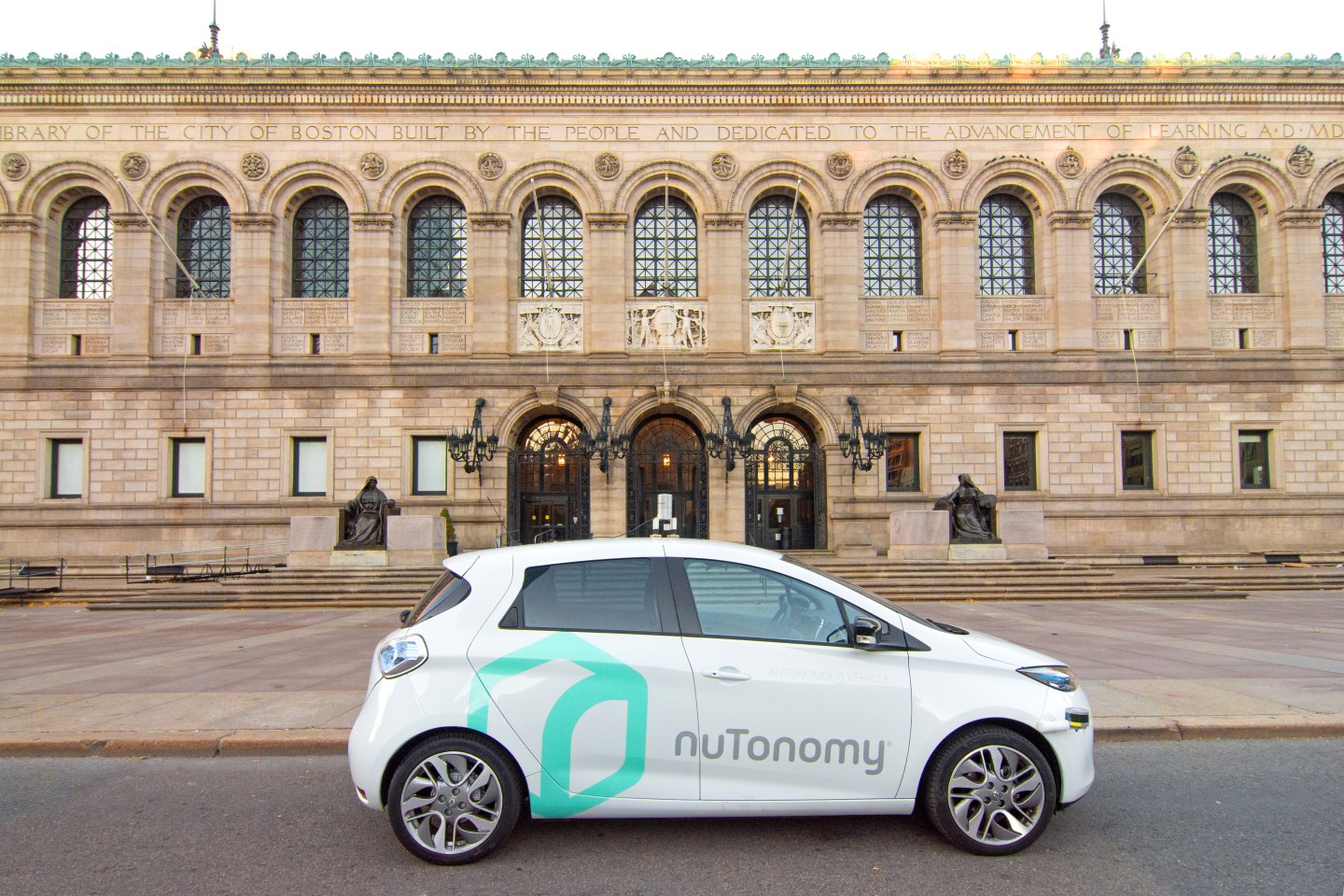 Self-driving cars will very soon hit the streets of Boston.

Cambridge, Mass.-based self-driving car startup nuTonomy will begin to test its vehicles in the city by the end of the year, the company said on Monday. The startup, which spun out of MIT, started testing its cars in Singapore in August, and is now expanding those tests to the U.S.

Initially, nuTonomy’s tests in Boston will involve just one car, a Renault Zoe electric car equipped with nuTonomy’s self-driving software. The trial will take place in the Raymond L. Flynn Marine Park in the southern part of Boston, according to the Wall Street Journal.

“These tests in the city of Boston will enable our engineers to adapt our autonomous vehicle software to the weather and traffic challenges of this unique driving environment,” nuTonomy co-founder Karl Iagnemma said in a statement.

The company plans to roll out a wider commercial fleet of self-driving cars in Singapore in 2018, well ahead of the timelines set by other companies working on similar technology, including Uber, General Motors (GM), and Google’s (GOOGL) parent company, Alphabet. NuTonomy also recently inked a deal with Southeast Asian ride-hailing company Grab. Other ride-hailing companies, including Uber, Lyft, and Didi Chuxing, are also investing in self-driving cars, while electric car company Tesla (TSLA) plans to roll out a car-sharing service for its customers once its vehicles become fully autonomous.

NuTonomy’s choice of Boston as a testing location is not surprising, following the city’s announcement in September that it will work with the World Economic Forum to study policies regarding self-driving cars as part of a program focused on transportation.

Founded in 2013, nuTonomy has raised roughly $19.6 million in funding to date. Its investors include Fontinalis Partners (the VC firm co-founded by Bill Ford), Highland Capital Partners, Signal Ventures, EDBI (the dedicated corporate investment arm of the Singapore Economic Development Board), and Samsung Ventures.