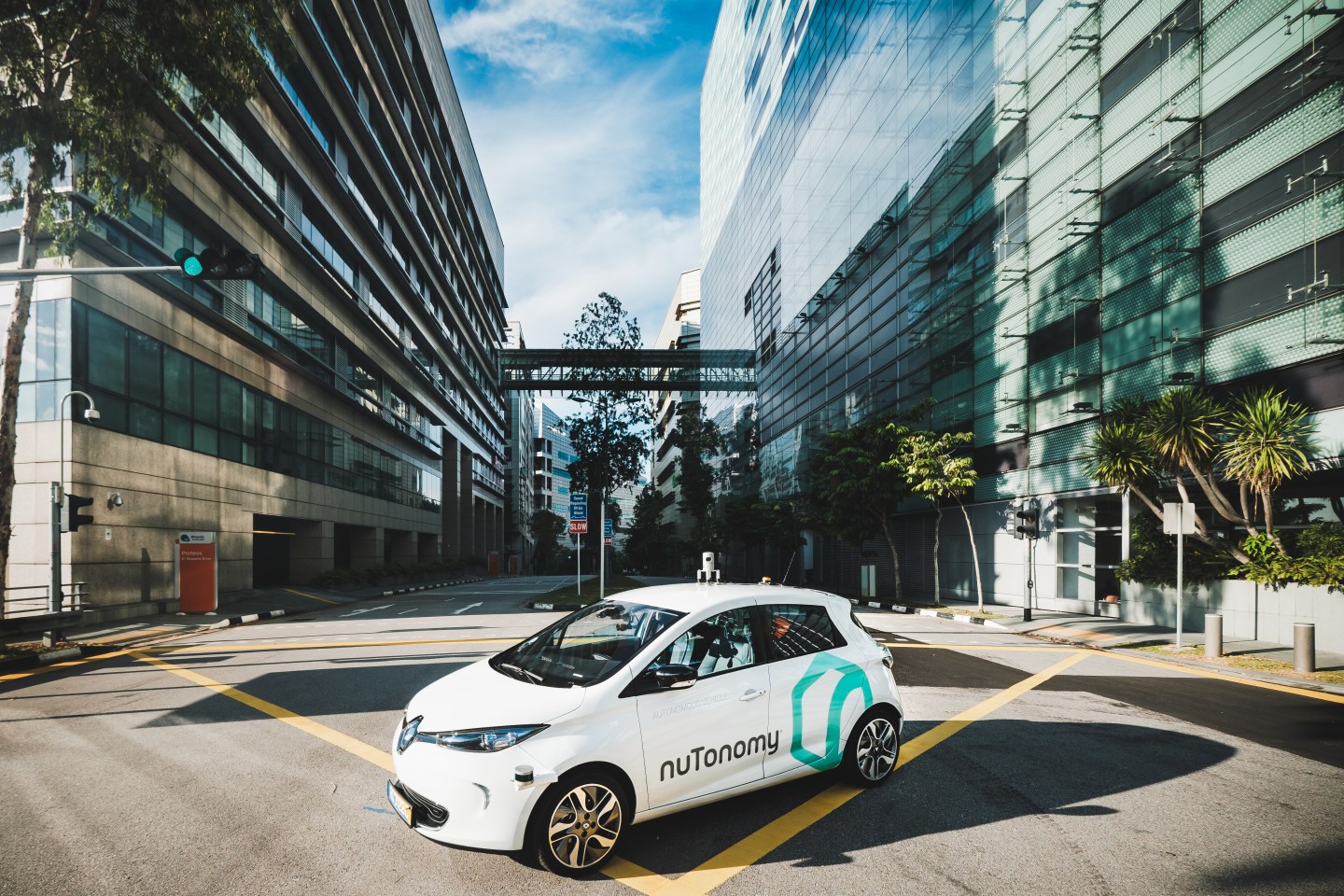 Users of ride-hailing firm Grab will be able to book driverless cars from Friday as it partners with a start-up testing the technology in Singapore, just days after rival Uber debuted its self-driving vehicles in the United States.

The move comes as technology companies and automakers race to build autonomous vehicles and develop new business plans for what is expected to be a long-term makeover of personal transportation.

Southeast Asia’s Grab said its app will allow a selected group of commuters to book and ride start-up nuTonomy’s driverless vehicles within a western Singapore district, where the vehicles are being tested, and adjacent neighbourhoods.

A safety driver and support engineer will ride in each nuTonomy car, the two companies said in a statement.

While Grab users will be able to request a “robo-car” in advance from Friday, they will be only able to ride them from early next week.

nuTonomy, which started a limited public trial of the first driverless taxi in August in Singapore, has said it hopes to have 100 taxis working commercially in the city-state by 2018.

nuTonomy currently has two regulator-approved cars on the road, with four more on the way. Its CEO, Karl Iagnemma, said at a press conference on Friday he hopes to have a dozen by the end of the year.

Countries around the world are encouraging the development of autonomous technologies, and Singapore, with its limited land and workforce, is hoping driverless vehicles will encourage its residents to use more shared vehicles and public transport.

Grab said its data showed drivers in Singapore are less likely to accept a passenger booking request originating from or destined for remote locations, highlighting the need for robo-cars that can meet transportation needs in far-flung areas.

“Our view of self driving vehicles is it’s a supplementary solution to some of the issues that we are unable to solve with existing supply,” Lim Kell Jay, head of Grab Singapore, told reporters.

If a trip requires travel on roads outside of Singapore’s one-north district, the safety driver will take control of the vehicle for that portion of the trip.

The public trial will run for the next two months, and may be extended by the companies for as long as it continues to yield valuable feedback and data, they said.

“There is no direct monetary funding (in nuTonomy),” a Grab representative said. “At this point, the partnership is focused on Singapore – though there may be other potential synergies between nuTonomy and Grab that we could decide to explore in the future.”

News of the one-year partnership comes in the same week that Grab announced raising $750 million in a funding round that gives it more ammunition to take on Uber in southeast Asia.

It launched its self-driving pilot program this month, marking the public unveiling of its secretive work in autonomous vehicles.