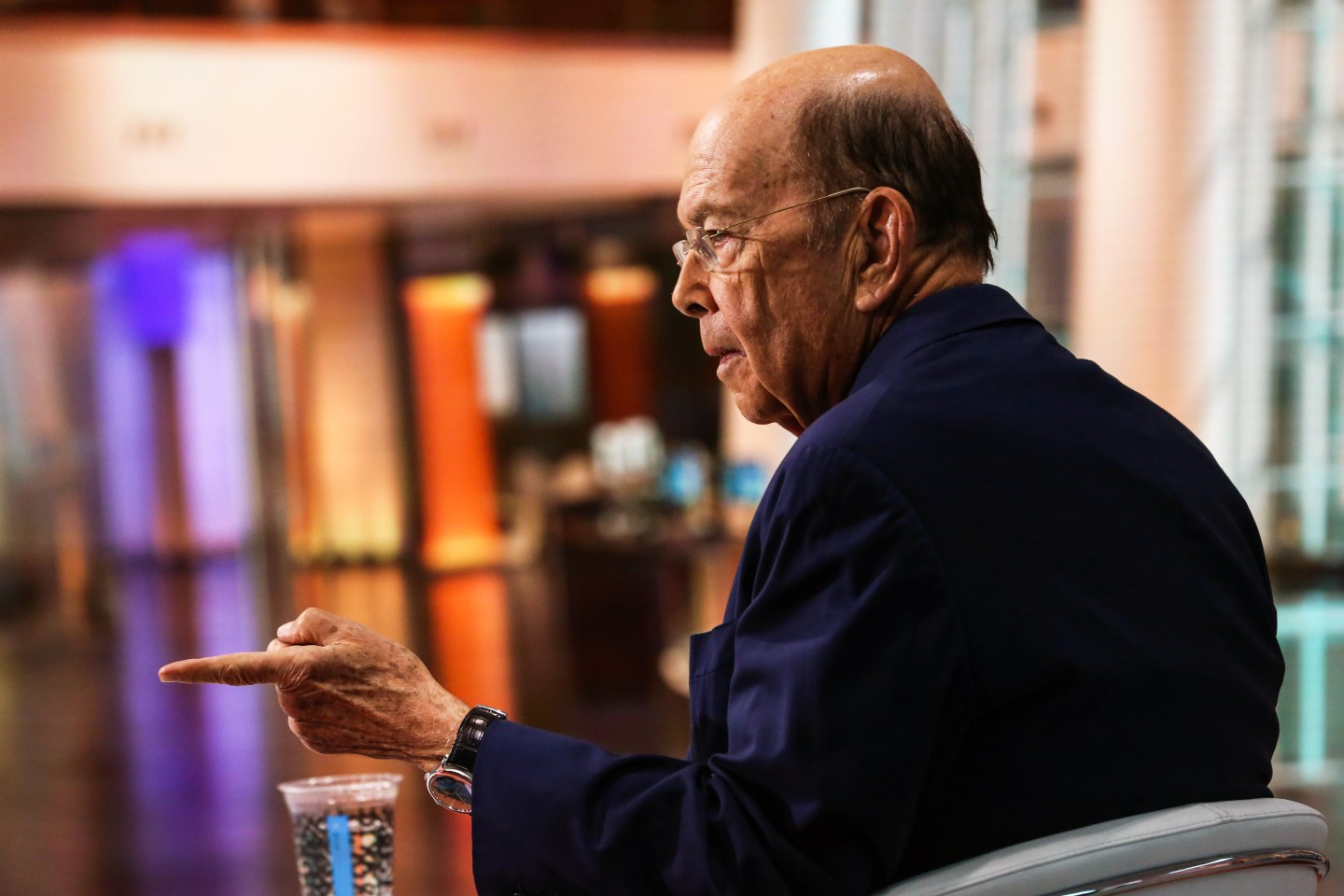 Editor’s Note: On Tuesday, activist investor Carl Icahn confirmed that president-elect Donald Trump was considering buyout billionaire Wilbur Ross for the position of Commerce secretary. The 78-year-old chairman of W.L. Ross & Co. is already a part of Trump’s economic advisory team, and has praised the president-elect’s protectionist stance of trade. In light of the Ross’ potential new position in the U.S. government, Fortune has decided to revisit a Q&A with the investor from a time when the economy was struggling to right itself following the financial recession, and at a time when Ross said the biggest challenge for investors was government regulation. At the time, Ross said the thing investors should be most worried about was government, and increasing regulation.

WHETHER IT’S STEEL, textiles, or auto manufacturing, Wilbur Ross has built a lucrative career finding gold in industries left for dead. He did it first at Rothschild, and since 2000 at his own investment fund, W.L. Ross & Co. To cite just one example, Ross bought bankrupt steelmaker LTV for $325 million in 2002—and sold it for $4.5 billion two years later. As the economy continues to struggle, Fortune‘s Katie Benner sat down with the master of distressed investing to hear where prospects can be found in this turbulent time.

Q. Where do you think the biggest opportunities are now?

There are deep value opportunities in insurance stocks, which were beaten down because of their exposure to the subprime crisis, annuities, and commercial real estate. I won’t name names, but some well-managed life insurance and fire and casualty companies will come through this stronger. They used to trade at 1½ or two times book value but now trade at three-quarters book.

Regional and subregional banks still have a lot of issues to resolve, and they have enough commercial real estate assets on their books to make most of them insolvent on a mark-to-market basis. Of course, they won’t all mark their assets to market and their loans won’t all go bad. But another several hundred banks will fail before we get through this cycle. We just bought Bank United in Florida for $925 million, and the FDIC is providing about $4.9 billion in assistance.

I still like TIPS (Treasury inflation-protected securities), and I think a big opportunity is coming in the municipal bond market. Even if it doesn’t default, some state or local government will come close enough to scare everyone to death. That will be a wonderful buying opportunity.

Q. What about commercial real estate? There are reports that you want to buy the near-bankrupt apartment complex Peter Cooper Village/Stuyvesant Town in New York City.

At some point commercial real estate will become very interesting, but not yet. The declines in value are not over. Stuyvesant Town is an early indicator of what’s to come—it’s a poster child for the mistakes made during the boom—and we are interested in it.

In the original deal for the complex, the financing was predicated on the idea that the apartments would no longer fall under rent control and that they would start generating a lot more cash. That never happened. There were also 11 tiers of mezzanine debt on the complex, which probably have no value. The debt was distributed into six or so commercial mortgage-backed securities that were sliced up and sold to investors. So there’s a huge pile of paper out there that is very affected by this deal. At some point these securities will fall in value enough to be attractive. But at the moment the prices don’t reflect the problem environment that we see.

This is going to be a volatile year. It won’t be a year of stock markets, but of the individual stock. Some will do very well, despite the environment.

Q. What are the big challenges for investors now?

Government intervention is one. Washington, D.C., is the new Wall Street. No significant financial transaction of any consequence occurs without it. About 90% of all mortgages are granted through Washington. Health-care reform would mean another 16% of the economy under more government supervision.

But there is no evidence that more regulation makes things better. The most highly regulated industry in America is commercial banking, and that didn’t save those institutions from making terrible decisions.

The relationship between information and decision-making is a challenge. Everyone gets the same information at basically the same time, so the value of information has gone to zero. And there has not been proportionate growth in the investment community’s ability to sort through it all. People spend so much time absorbing that they don’t have time to understand what it means. This creates volatility.

For example, people suddenly decide Greece is the problem, and whack, the market is down 10%. If weeks from now people decide California is the problem, markets will move again. Everyone has known for over a year that both places are troubled. Why do we care now? How do we know that the problems of Greece or rescuing that country will make a difference in the economic landscape one way or the other?

That’s why the value of expertise and the ability to interpret information will someday go to infinity.

This story originally appeared in a March 22, 2010 issue of Fortune.