How the Merger Boom Can Drive Donations to Charity 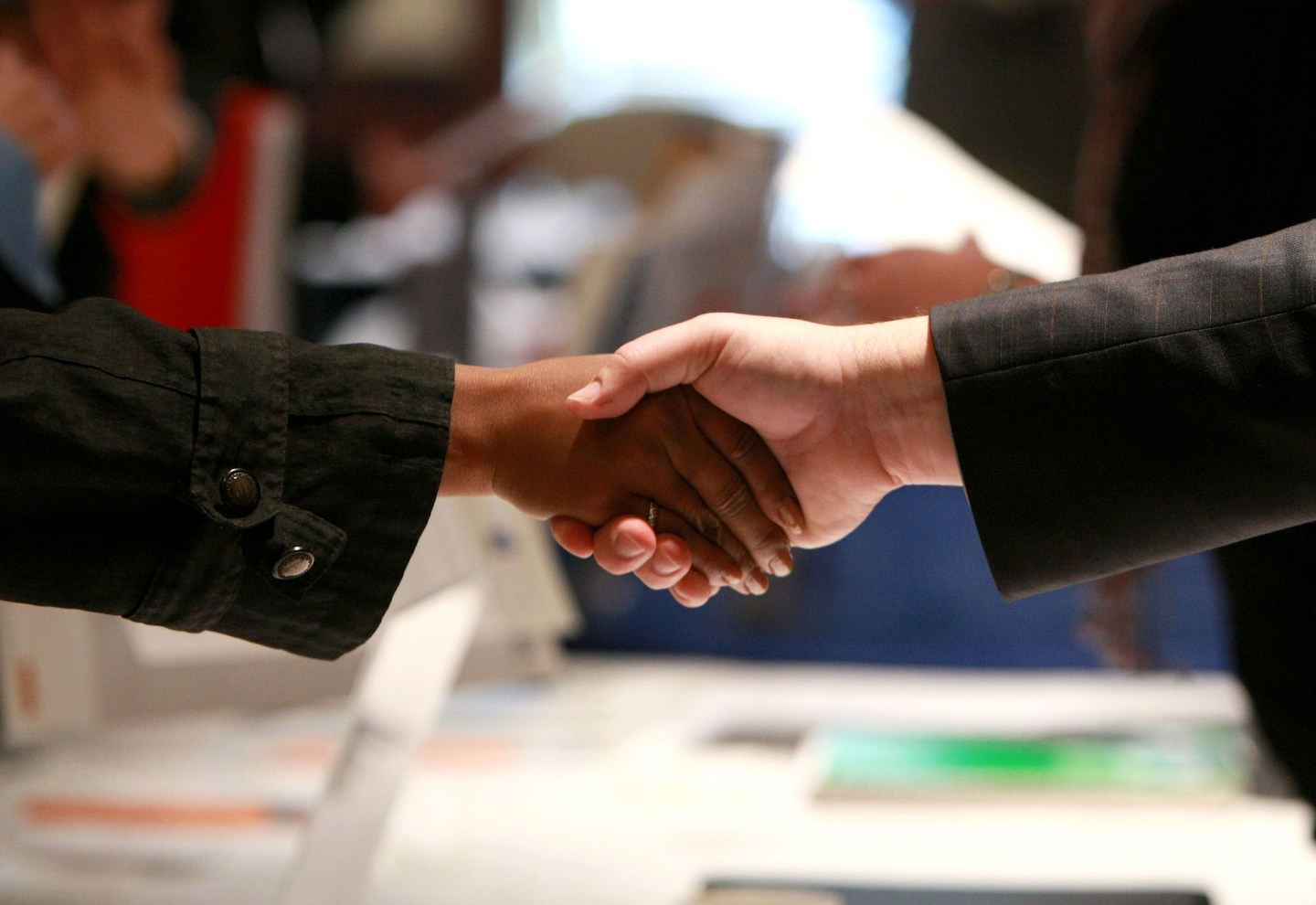 CONCORD, CA - DECEMBER 17: A job seeker shakes hands with a potential employer during the "Put Your Talent to Work" job and resource expo December 17, 2008 in Concord, California. The California Employment Development Department hosted the job fair that was geared towards unemployed contruction, real estate and mortgage workers. Over 1,200 people attended the event that had been expected to draw closer to 400. (Photo by Justin Sullivan/Getty Images)
Photograph by Justin Sullivan via Getty Images

There are many ways to donate to charity, but doing so via escrow funds is a new one: An M&A services firm called SRS Acquiom has partnered with a charity group called Pledge 1% to launch “EscrowUP,” a charity program for dealmakers.

It works like so: Every M&A deal includes an escrow fund, where the seller sets aside money in case something unexpected comes up after the deal closes. (Approximately two thirds of deals have a escrow claims after closing, though not all are necessarily granted.) Dealmakers that work with SRS Acquoim and want to participate in EscrowUp pick a charity. After the escrow period ends, SRS Acquiom donates 16 to 24 basis points on the amount held in escrow equally to the charities involved. Currently Springboard Enterprises, Endeavor, Girls Who Code, Patriot Bootcamp, and Pledge 1% are available options.

Just to be clear: the dealmakers do not actually give up any of the escrow money in this situation – that’s coming from SRS Acquiom’s profits. Paul Koenig, co-founder of the firm, argues that this form of donating builds community. “For it to have the biggest impact, it’s not just a one-time thing at the end of the year, it’s more of a way to get the positive peer pressure and community to come together and say, ‘If we all do this we can have a real impact,’” he says. “We want it to be a campaign, not just a donation to charity.”

A number of high profile dealmakers have chimed in with support of the program, including Steve Case of Revolution LLC, who noted that the increase in M&A between startups and Fortune 500 companies provides a greater opportunity for deal parties to give back. Seth Levine, managing Ppartner at Foundry Group, called the program a “no-brainer,” since it has zero impact on deal dynamics and upside to the community. Ron Cami, a partner at Davis Polk, said, “The M&A community has the ability to have a substantial impact on the economy and our communities when we come together. EscrowUP offers a simple and powerful way for us to help those just starting on their entrepreneurial journey.”