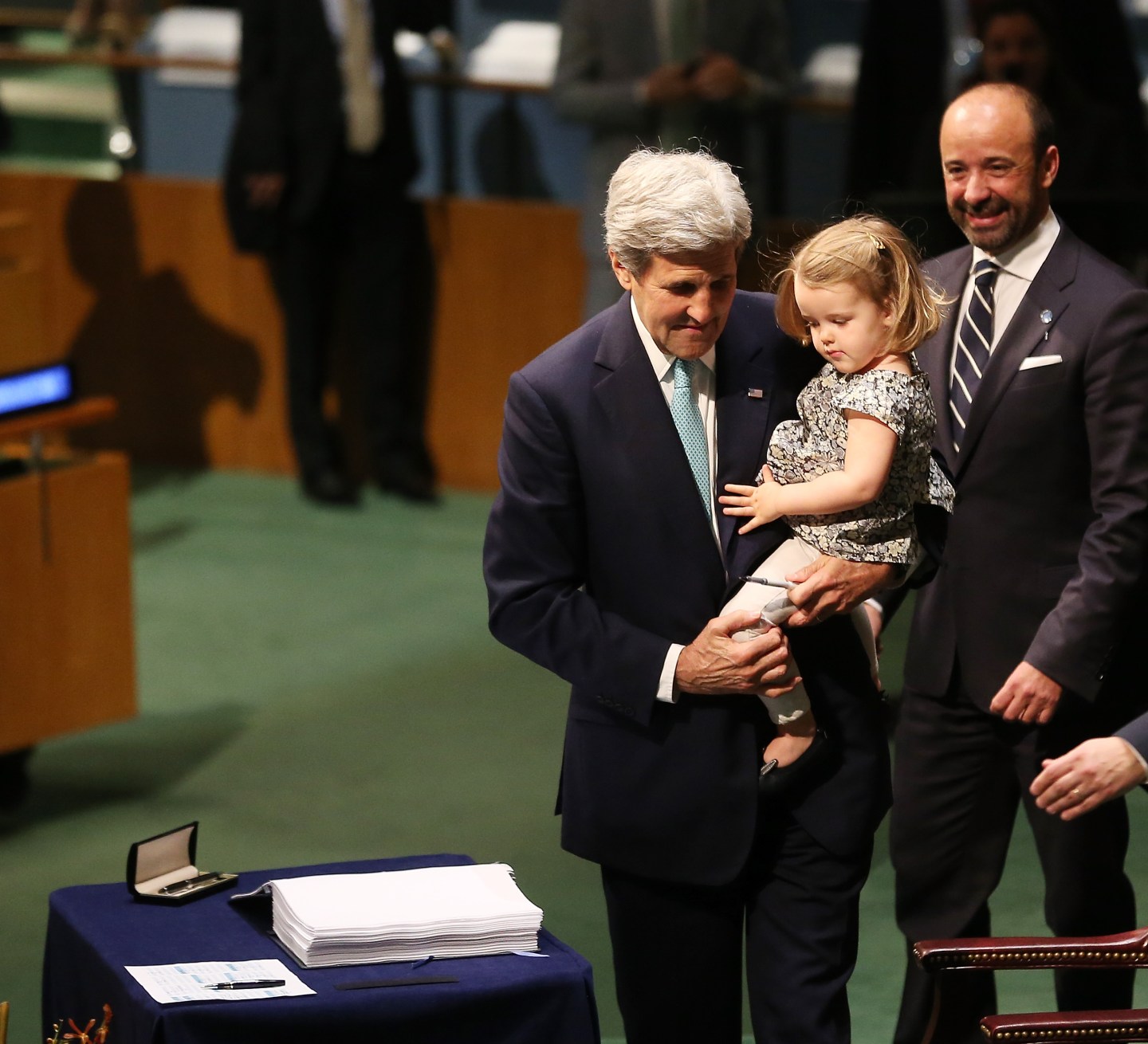 U.S. Secretary of State John Kerry hoped his presence at a Marrakesh conference to decide the finer points of an historic climate agreement would be a victory lap, capping off a year of negotiations that resulted in global agreements to stave off the worst effects of climate change.

Instead, he finds himself having to reassure delegates from almost 200 nations they can count on the United States to abide by the 2015 Paris agreement, despite U.S. President-elect Donald Trump’s promise to withdraw the United States from the climate treaty.

“The president-elect is going to have to make his decision,” Kerry said on Tuesday to reporters. “What I will do is speak to the assembly about our efforts and what we’re engaged in and why we’re engaged in it, and our deep commitment as the American people to this effort.”

He added: “I can’t speak to the (next) administration, but I know the American people support this overwhelmingly.”

Trump has called climate change a hoax, and said he would rip up the Paris deal, halt any U.S. taxpayer funds for U.N. global warming programs, and revive the U.S. coal sector.

If he follows through on his promises, he would undo the legacy of President Barack Obama, who has made climate change one of his top domestic and foreign policy priorities and called the trends of rising temperatures and other fallout from climate change “terrifying.”

A source on Trump’s transition team said this week that he is seeking quick ways to withdraw the United States from the Paris agreement, which seeks to reduce global greenhouse gas emissions.

The accord won enough backing to enter into force on Nov. 4, four days before the U.S. election, and the conference in Morocco started in part as a celebration of that landmark.

Prior to Trump’s election, the Obama administration had enjoyed momentum on the climate issue, with a deal in September in Montreal to limit carbon emissions from international flights, and another reached in Rwanda in October to cut back on greenhouse gases used in refrigerators and air conditioners.

The United States worked closely with China last year to build support for the Paris agreement, and the partnership of the two biggest greenhouse gas emitters helped convince other countries to back the agreement.

The agreement seeks to phase out net greenhouse gas emissions by the second half of the century and limit global warming to “well below” 2 degrees Celsius (3.6 Fahrenheit) above pre-industrial times.

Trump’s election raises the prospect of the United States not fulfilling its commitments, being sidelined in global climate policy and ceding the leadership role to China, and has raised doubts among delegates in Marrakesh about whether Washington will still be a partner in the agreement come mid-century.

“It’s really hard to see how the U.S. engages in that kind of dialog,” said Sarah Ladislaw, director of the Energy and National Security Program at the Center for Strategic and International Studies in Washington.

It is still unclear exactly what Trump will do when it comes to climate policy. On other issues, he has made contradictory statements, making it hard to predict his final policy, and he has said that unpredictability is an asset in international negotiations.

Trump denied during a debate with his rival Hillary Clinton that he had called climate change a hoax perpetrated by the Chinese, though he has said it repeatedly in speeches and on Twitter.

France and the United Nations on Tuesday stepped up warnings to Trump about the risks of quitting the accord to combat climate change, saying a historic shift from fossil fuels is unstoppable.