The Biggest Issue That Carried Trump to Victory 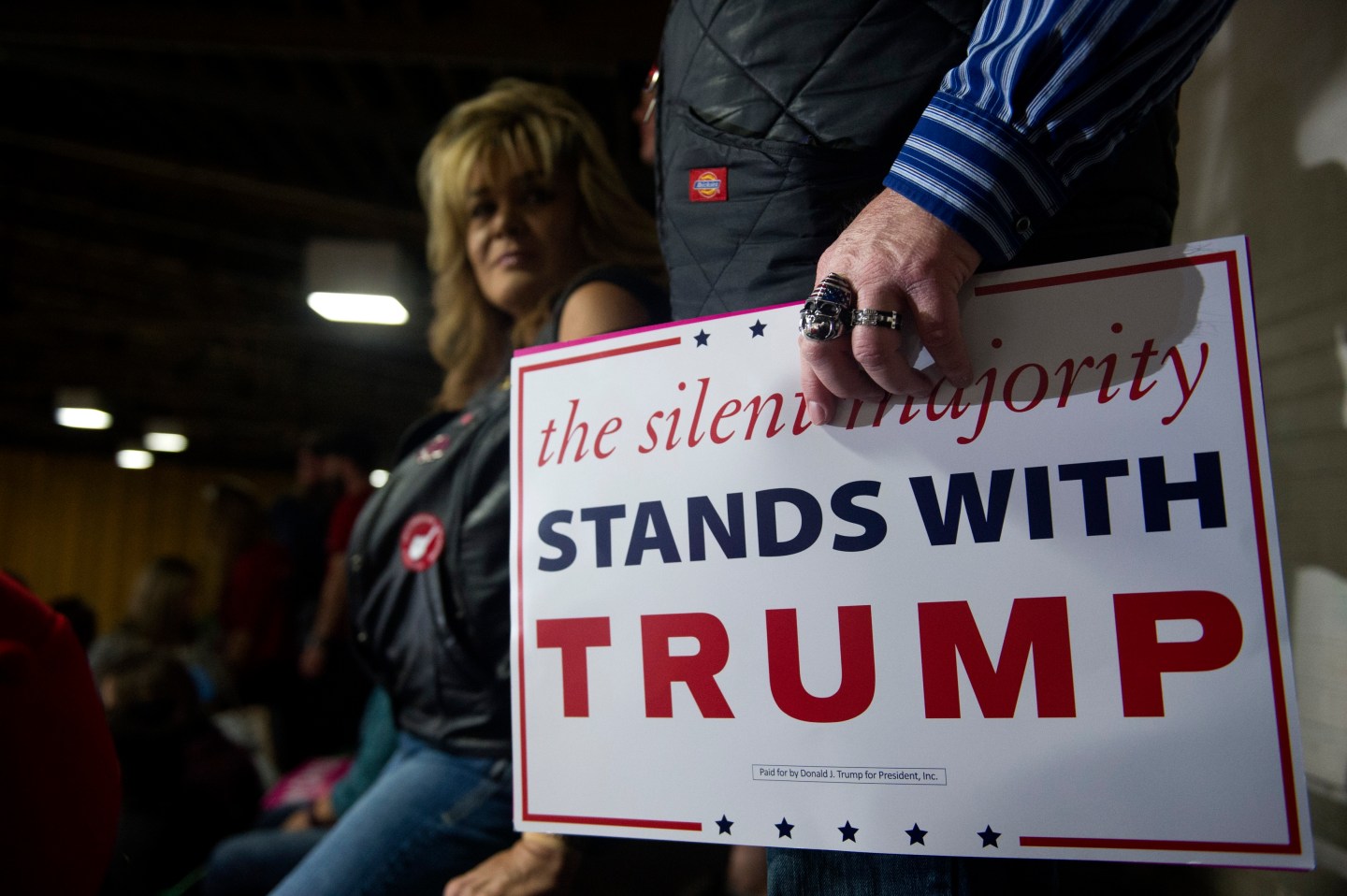 Wisconsin has not voted for a Republican presidential candidate since 1984. Pennsylvania and Michigan have not done so since 1988. Yet on Tuesday, all three voted for Donald Trump, blowing through the electoral “firewall” that Hillary Clinton had thought would carry her to the White House.

What these states, and others such as Ohio and North Carolina, have in common is their voters’ belief that many of them are the losers of globalization. By large majorities, voters in these states believe that trade has cost them jobs and hurt their communities, according to exit polls.

There is no other economic issue where the impact of Trump’s election is likely to be bigger than on trade. He won the presidency promising to overturn what he’s called “decades of failed leadership” on the issue. He has promised to kill the Trans-Pacific Partnership deal with Japan and 10 other Pacific Rim countries. He has called for a renegotiation of the 1994 North American Free Trade Agreement (NAFTA), threatening to slap tariffs on Mexican exports if the country doesn’t come to the table. He has vowed to label China a currency manipulator, also under threat of tariffs. He has even threatened to pull out of the World Trade Organization (WTO), the Geneva-based body that rules on trade disputes.

If he carries out even a fraction of these plans, it will mark the biggest change in U.S. trade policy in more than half a century. Since the end of the second World War, the only real question on trade policy has been how far and how fast the U.S. would move to lower barriers to trade and commerce. Over the next four years, the question will be: How far and how fast will the Trump administration move in the opposite direction?

The public anger over trade, especially in states once heavily dependent on manufacturing, was both surprising and predictable. It was surprising because overall U.S. economic performance, including the creation of some 14 million jobs since 2010, has been better than that of almost every other advanced economy. The unemployment rate in the key states that swung to Trump is only slightly higher than the national average of 5% (and in Wisconsin it is lower).

But those numbers belie the economic turmoil that each state has experienced. Between 1998 and 2013, nearly six million manufacturing jobs were lost in the U.S., some of them to import competition and some to companies investing in labor-saving technology to keep pace with their competition. North Carolina was the single hardest-hit state, with Michigan, Ohio, and Pennsylvania not far behind. These were jobs that paid significantly higher wages to non-college-educated workers—the heart of the Trump constituency—than other jobs requiring similar levels of education.

Thus the resulting backlash against trade was entirely predictable. Economists have shown that while trade makes all countries richer, it also creates some losers in more advanced economies, especially among lower-skilled workers competing with imports made by lower-cost labor in other countries. Economists have also long argued that some “compensation” mechanism should be created whereby the gains that Americans enjoy from trade in terms of lower-cost goods and higher productivity would be shared with those who lost employment.

But that compensation never happened. For example, when President John F. Kennedy launched the Trade Adjustment Assistance (TAA) program in 1962 to help retrain workers who lost their jobs to imports, he argued, “When considerations of national policy make it desirable to avoid higher tariffs, those injured by the competition should not be required to bear the full brunt of the impact.” Yet in the first six years of the program, not a single one of the 25 petitions for assistance was approved by the government. Today, the U.S. spends less helping its workers retrain than any other wealthy country.

Nor have U.S. trade negotiators been terribly sensitive to the impact of their decisions on exposed communities. Reducing or eliminating U.S. tariffs on clothing imports, for example, has been great for consumers, as any visitor to a shopping mall would attest; the average household spent about 5.5% of its budget on clothing in the mid-1980s, and today it is less than 3%. But it was not so great for a state like North Carolina, which lost more than 150,000 textile and apparel jobs from 1996 to 2006—about 65% of the industry’s total employment—in the face of Mexican and Chinese competition.

The question now is just how steep the price will be for those decades of neglect. Some strategic tweaks in U.S. trade policy to help manufacturing, for example, coupled with more generous retraining programs and new job creation through infrastructure spending would be a positive outcome. But the Peterson Institute for International Economics has warned that if Trump carries through with his threats to slap new tariffs on imports, it could unleash a trade war that would plunge the U.S. economy into recession and cost as many as four million jobs.

As a candidate, Trump fueled expectations that he cannot possibly fulfill. In a big speech on trade in Pennsylvania in June, he said, “This wave of globalization has wiped out our middle class. It doesn’t have to be this way. We can turn it all around—and we can turn it around fast.”

He can’t. The mistakes that produced the Trump backlash were decades in the making, and will take years to fix. The worry now is that if Trump makes good on his protectionist threats, the damage—both to the U.S. economy and to America’s standing in the world—will be far harder still to repair.

Edward Alden is a senior fellow at the Council on Foreign Relations, and author of the new book, Failure to Adjust: How Americans Got Left Behind in the Global Economy.