Goldman Sachs: Here’s How You Should Invest As Trump Marches Into the White House 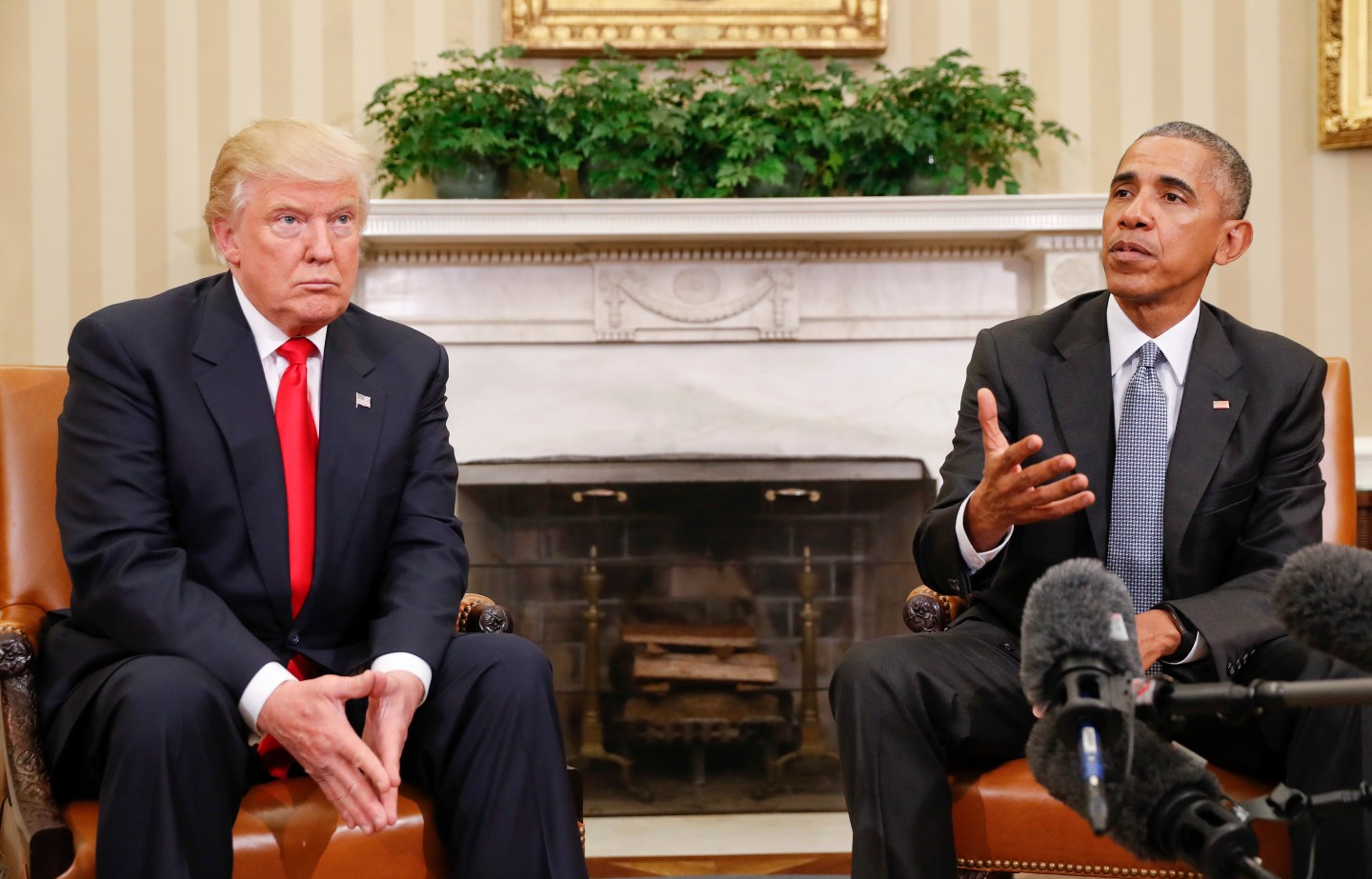 His proposed policies should also push quite a few investors into becoming his fellow gold bugs, according to a Tuesday note from a team of Goldman Sachs analysts led by Chief Global Equity Strategist Peter Oppenheimer.

Market performance over the past few days, such as surging bond yields, suggests that investors are expecting economic reflation out of Trump presidency. The president-elect has, after all, proposed tax cuts for the wealthy and corporations and promised to increase infrastructure and defense spending.

Goldman suggested that selling bonds and buying gold, seen as a safe haven asset, would be a good hedge against future inflation.

“With higher prospects for reflation, we continue to prefer being short bonds rather than long equities, as equity valuations remain elevated and the pick-up in growth has been too tepid so far,” the team wrote. “Also, bonds have not helped to hedge intraday equity drawdowns and broad risk-off; we think their ability to do so will likely continue to be limited compared to previous drawdown cycles. As a result, we continue to like gold as a hedge in the portfolio context; it has hedged risk well today, being up more than 5% at one point.”

While Goldman suggested piling into gold, it suggested investor’s stay their hand when it came to stock markets. Goldman said that investors are still trying to make sense of the election outcome, making the trade too risky at least until year-end.

The team noted that they are also overweight on cash.