What Donald Trump’s Election Means For the Future Of U.S. Trade 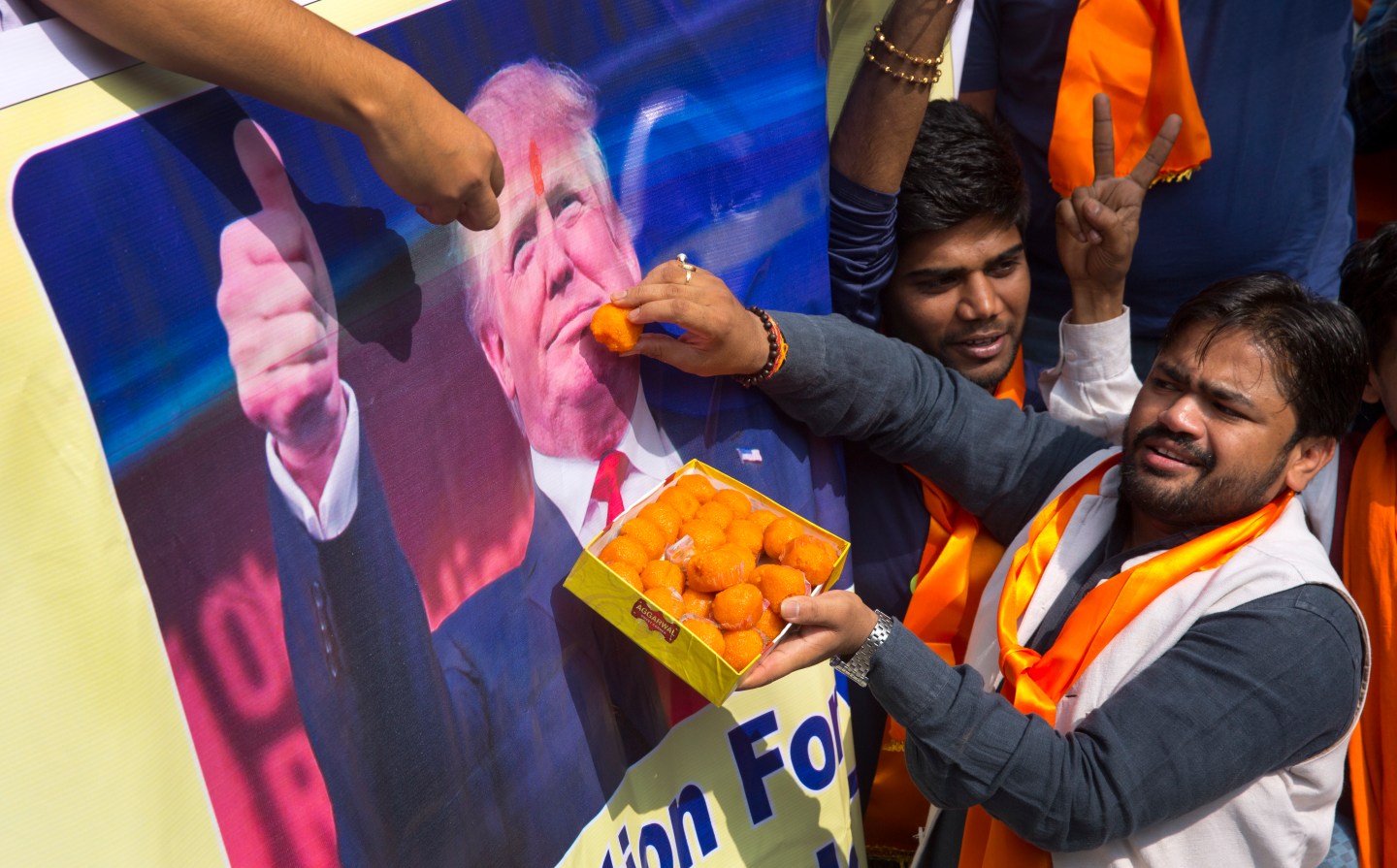 Trade has been front and center of the U.S. Presidential election. Now that voters have chosen Donald Trump as the nation’s next president, what can they expect from his policies on trade? The GOP candidate ran an unconventional campaign, and has pulled support from ongoing trade negotiations. He has also threatened to impose high tariffs against China and Mexico, blaming them for taking away U.S. jobs.

It’s unclear exactly what Trump’s plans will be as he forms his trade and economic teams in the coming months, but his positions on China and other trade deals offer some clues for what we should expect under his presidency. The following are three themes that will likely emerge:

The U.S. will be tougher on China

Initially, this could mean restricting imports of steel and aluminum from China into the U.S. in an effort to rein in a flood of cheap metal imports that have harmed U.S. producers.

What’s more, Trump’s administration will likely empower the executive branch to deal with currency manipulation, especially against China, which as often been accused of artificially strengthening the value of its currency, the yuan, so that it could sell its products and services more cheaply abroad.

These actions would likely mean creating an alternative avenue for countries to settle trade issues, which the World Trade Organization oversees. While the WTO rules are very valuable, they were formed two decades ago and have failed to catch up with the times and realities of the global economy, such as massive government subsidies that create overcapacity and competition from state-owned enterprises. So it’s likely that Trump’s administration will invoke the president’s unilateral trade retaliation authority as leverage to resolve problems through negotiated settlements.

The U.S. will reevaluate trade agreements

After Trump is sworn in on January 20, it’s unlikely, at least any time soon, that the new president will advance the Trans-Pacific Partnership, the 12-nation free deal that has been a signature economic objective of Democratic President Barack Obama.

Another trade deal likely to take a backseat is the Trans Atlantic Trade and Investment Partnership between the U.S and European Union. Admittedly, negotiations were slow and were made more complicated after the UK this past summer voted to leave the EU. Given Trump’s criticism of free trade agreements, at a minimum there is likely to be a long pause for reflection before the new Administration decides to endorse negotiation of this mega-deal.

To be sure, there could still be a trade deal with the UK, but early commitments would probably be vague. Trump’s campaign is for better agreements, not no agreements. So the question is, which agreements with which countries. The UK, with comparable wage rates and product standards as the U.S., would make a potential first candidate for a deal that did not have the same opposition that current trade agreements have.

On top of that, there will likely be some renegotiation of the North American Free Trade Agreement, NAFTA. Trump has yet to specifically specify what’s wrong with the agreement other than that it has taken away U.S. jobs. How Trump might negotiate a path forward is unclear, but what is clear is that he has made renegotiation — that is, tearing up trade agreements — a major element of his campaign.

As president, Trump has the authority to terminate trade agreements without asking for authority from Congress, and this could encourage America’s trading partners to come to the negotiating table.

Trump has called for working more closely with Russia, and so it’s likely that he could relax economic sanctions against the country if President Vladimir Putin is willing to negotiate with him on a deal. This could be paired with getting Russia to be less aggressive off the coast of Western Europe and in Syria – so that a gesture from the U.S. would be expected. There is already sentiment in Europe to relax economic restrictions on Russia.

The details of trade policy and measures are not likely to emerge until after Trump is sworn in next year and then not for a few months when a new team is in place. Expect appointment of a more aggressive US Trade Representative open to threatening the use of unilateral trade measures. Trade is likely to be one of the most important portfolios being given out by the new President. Who is appointed will be read as a signal by U.S. trading partners of what to expect.

Alan Wm. Wolff is a Senior Counsel with Dentons LLP. He has served as a lead trade negotiator for the United States in both Republican and Democratic Administrations.