Watch What It’s Like Inside a Speeding Self-Racing Car 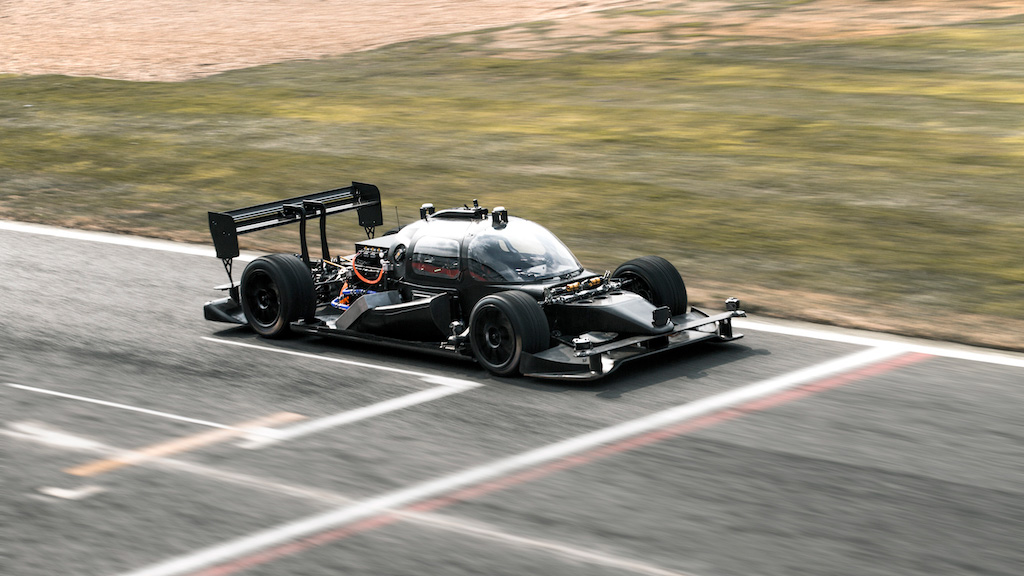 Roborace, the driverless car championship that has been under development for about year, now has two test vehicles designed for the rigors of a race track. And both are able to complete laps at high speeds without the aid of a human driver.

Roborace has been documenting the process of creating the world’s first artificial intelligence, driverless electric racing series. The team released the second episode of its docu-series Friday evening on YouTube.

The first episode, which was released in October, showed how complex and frustrating the development of a self-racing car can be. The driverless car championship was slated to make its first public demonstration in Hong Kong during the season opener of Formula E, an all-electric urban racing series. In the first episode, the Roborace team spikes that plan due to complications with the car.

In the second episode, the Roborace team has returned from Hong Kong and now has two more development vehicles. These so-called DevBots are designed to help teams develop their software and experience the hardware that will be used on the “Robocar.” And both DevBots complete laps around the racetrack in fully autonomous mode.

The second episode shows Roborace taking DevBot on the track for the first at Silverstone Race Circuit in Oxford, UK. Both DevBots are tested in driverless mode ahead of the team’s visit to Marrakech, Morocco that coincides with the United Nations COP22 global climate change conference that begins Nov. 8 and a driverless demo on a Formula E city street track.

Roborace was first announced in November 2015. The primary goal of the series is to become a test bed for artificial intelligence and other self-driving car technologies such as the sensors, radar, and cameras that are embedded in the vehicles.

Eventually, the race will have 10 teams, each with two driverless cars equipped with the Nvidia Drive PX 2 in one-hour races. Every team will have identical 2,200-pound cars designed by automotive futurist Daniel Simon. Only the software will different.