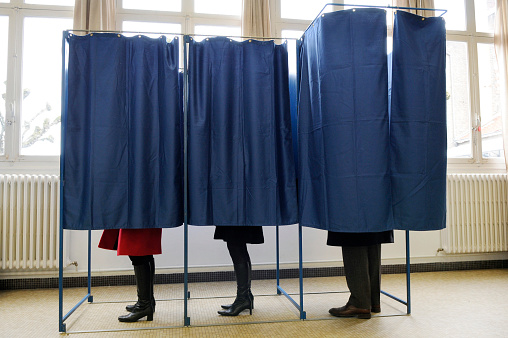 When it comes to cyber-security and Tuesday’s election, “God protects idiots, children, and the United States.” That’s a variation of a quote by Bismarck put forth by former NASDAQ CISO Mark Graff at an event this week to defuse fears that the election will be swayed by cyber-attacks on US voting machines.

He has a point. While there’s no shortage of stories (many of them pumped up by security consultants) about hacks on voting machines, the threat is mostly theoretical since the U.S. votes in such a heterogeneous way—different states and counties all have different machines and methods, including some paper only polls, that would make it very hard to pull off a large scale hack.

But more importantly, according to Graff, the 11 swing states that will decide the election do not use voting methods that can be compromised by hackers—such as voting machines with no paper trail. Meanwhile, at least 48 states have taken up an offer by Homeland Security for help in tightening up their cyber-security.

If you want to worry, be wary of hacks on America’s media outlets—which are a likely election day target—and appear ill-prepared for a major cyber-attack. And more broadly, worry that those around you may succumb to dezinformatsiya, which is the Russians’ name for their system of trolls, lies, and weaponized information that seeks to confuse and discredit democracy.

But we trust our readers are smarter than that, and are people who cherish their opportunity—which those in Russia and China don’t have—to vote in democratic elections. So, if you’re American, go out there and do your civic duty on Tuesday.