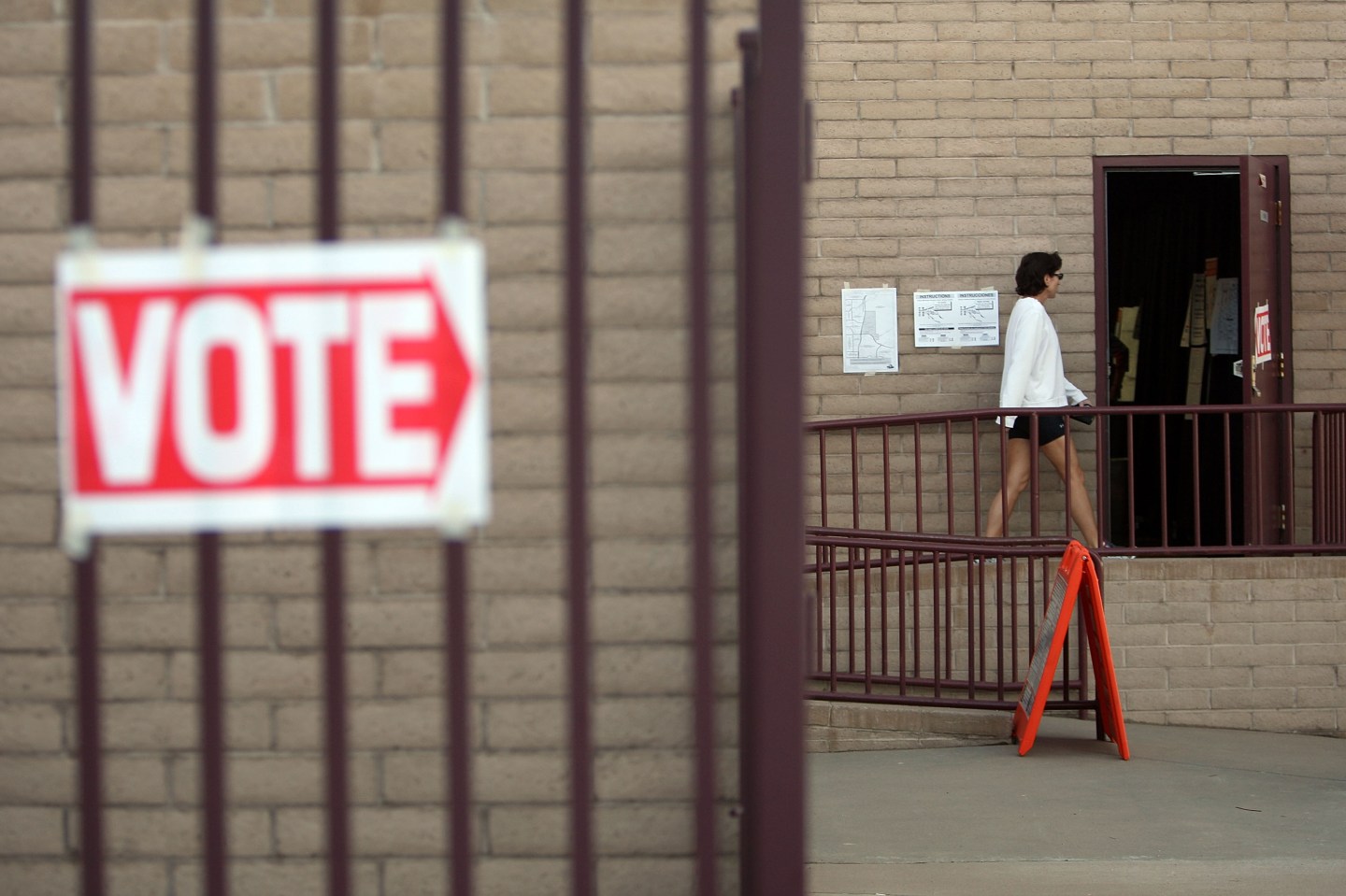 The U.S. Supreme Court on Saturday reinstated an Arizona law that makes it a felony to collect early ballots, dealing a blow to Democratic get out the vote efforts just days before the presidential election.

The order from the nation’s highest court overturns an appeals court decision from a day earlier that blocked the new law. Democratic groups had already geared up to begin helping voters deliver their ballots to the polls, and the Supreme Court decision calls into question what happens to ballots they have already legally collected from voters in the approximately 20 hours that the law was blocked.

The decision comes just days ahead of a presidential election that has Arizona Democrats hoping to win the traditionally Republican state.

Arizona filed an emergency appeal hours after the 9th U.S. Circuit Court of Appeals blocked the law Friday. Justice Anthony Kennedy referred the case to the entire Supreme Court, and the court issued a brief order overturning the appeals court. The 9th Circuit will now consider the law in a January session that it set when it blocked the law.

Republican lawmakers approved the law earlier this year over the objection of minority Democrats. GOP Gov. Doug Ducey called it a common-sense effort to protect the integrity of elections and eliminate voter fraud.

A split 9th U.S. Circuit panel had said that by blocking the law it was preserving the status quo for Tuesday’s election, which could come down to the wire in Arizona as Democrats spend heavily to get out the vote from Latinos and others angered by Republican presidential candidate Donald Trump’s anti-immigrant comments.

Chief Judge Sidney Thomas wrote that the decision will not add or remove any valid votes. He said the law criminalized delivering someone else’s early ballot, which would still be counted.

Both parties have used ballot collection to boost turnout during elections by going door to door and asking voters if they have completed their mail-in ballots. Voters who have not are urged to do so, and the volunteers offer to take the ballots to election offices. Democrats, however, use it more effectively.

The law does not prevent voters’ family members or caregivers from turning in ballots.

Arizona Republican Party Chairman Robert Graham called Saturday’s decision a smart one since the law has been in effect since before the August primary.

Leaving the 9th Circuit decision in place “does nothing more than confuse the voters.”

He criticized Democratic groups for rushing to collect ballots on Friday, saying they compromised people who may trust them to deliver their vote to the polls.